As we speak, a heat wave is decimating town after town here in Spain, but here in Barcelona it’s the same as always.

The weather reports are all about how it’s hot. Yes. Hot.

In summer. Who knew?

These days, I guess I’m trying to come to some conclusion about life in the north… Am I happy here?

Has my life improved? Is it really much different than it was back in Madrid?

What’s the meaning of existence, anyway?

While I avoid those questions, and more, I thought I’d write about…

Keep in mind, I’m just some guy from a really shitty town across the ocean, who’s been living in Madrid his whole adult life. 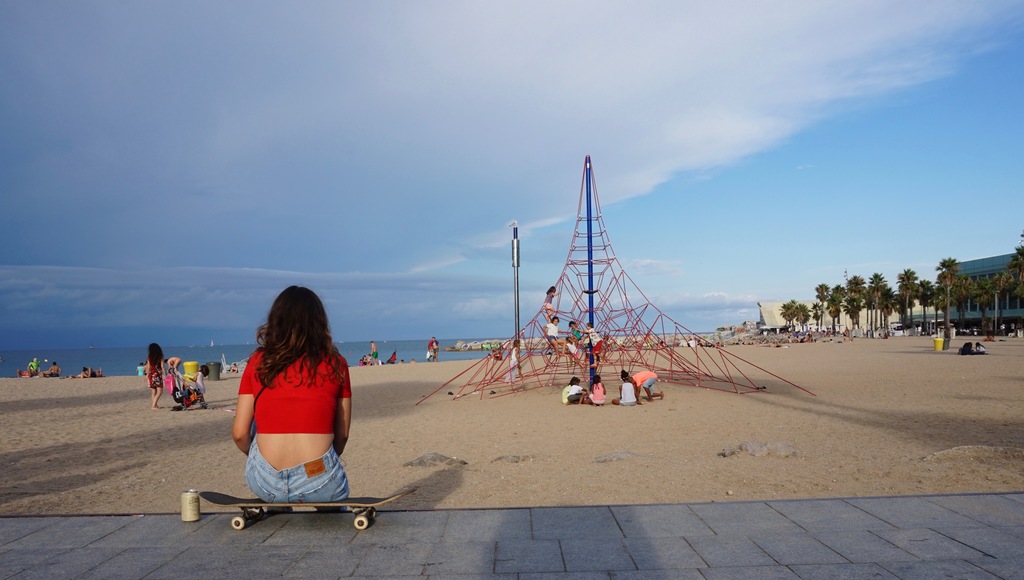 Just another picture representing loneliness and despair, here on the beach in Barcelona.

Maybe some of these things could have happened anywhere, but they happened to me, here, in Barcelona.

So in no particular order…

Anyway, as long as we’re here…

What’s weird about Barcelona for you?

Like I said, I’m new to this whole thing, and I’m having a bit of culture shock myself.

One thing I’ve noticed is that people generally seem to be nicer than in Madrid.

Then again, lots of people swear people in Madrid are nicer, and that Catalans are all assholes. Totally not my experience so far, but what do I know?

Everyone has their own experiences, and as far as I can tell, there’s no United Nations Niceness Index (UNNI) that’s established which world cities are the nicest. Conde Nast has tried, though.

So what do you think? Is Barcelona secretly better than Madrid? Will I end up speaking perfect Catalán and fighting for the independence of their (my) people by this time next year?

Only time will tell. Wish me luck.

P.S. The one thing that is clear: my twice daily walk has improved quite a bit. In Madrid, I’d walk down Calle Orense to Nuevos Ministerios, then back up La Castellana. Here, my daily walk is all along the beach to the W Hotel, then back. So there’s that. In any case, please tell me about your top 10 weird thing in Barcelona. I’m dying to hear about them.

Riots and Free Speech and Pablo Hasél, oh my!

A Day in the Life: “Social Distancing in Barcelona” Edition

Life on Lockdown: Week 1 of the Barcelona Quarantine