Here in Tetuán, half the buildings seem to be abandoned.

Yet someone is putting up posters decrying the gentrification of the neighborhood.

A couple of old businesses have recently closed…

First, one of those orthopedic shoe stores right around the corner from my house. Next to the building that collapsed last year.

It opened just after the Civil War. Its closing is tragedy for orthopedic shoe-lovers everywhere north of Cuatro Caminos.

And now, just a few weeks later, Almacenes Gonar, which specializes in “ropa para la tercera edad” – clothes for the elderly, I guess we could say.

(Are the elderly obligated to dress like elderly people? Or do they choose to do so? I always just assumed that old folks in Spain were doing what my grandfather did, back in the day: he stopped buying clothes in the 1970s and then just wore the same old stuff forever. But maybe I’m wrong.)

The sign in the window of Almacenes Gonar says that after 96 years (or something) they’re unable to compete with certain types of new business models. And that they’re being forced to close.

Is it gentrification? I’m not sure… Maybe it’s just a business that’s stuck in the 1920s.

Anyway, is it gentrification?

I’m not convinced it is.

What is gentrification, exactly?

I addressed this a bit in the previous article – the official definitions have to do with a neighborhood changing to accommodate “middle-class tastes”.

And I’d agree it’s gentrification if the old shops were closing down only to be replaced with some goddamn gastropub.

Here, the most common new business type opening up seems to be those little casinos. Sports betting, video poker and lots of slot machines.

The other new businesses are mostly low-cost home decor and clothing.

Because nothing says gentrification like shops filled with metric tons of cheap plastic and polyester from sweatshops in Bangladesh.

The nicest new businesses in the barrio?

It’s happy-ending massage parlors. At least from the outside, they look very nice. And, you know, they say “massage” but as far as I know they’re full-service brothels.

Gentrification comes in many forms.

But not gambling, prosititution and low-cost crap.

What’s the deal with all the abandoned buildings?

At the same time, there are a ton of buildings that are abandoned or almost abandoned… many look like they’re on the point of collapsing.

On the west side of Bravo Murillo there are a ton of casas bajas – the old houses built by hand in the post-war period.

Most of them seem to have been abandoned for years, and nobody seems to be snatching them up to remodel and live in them. 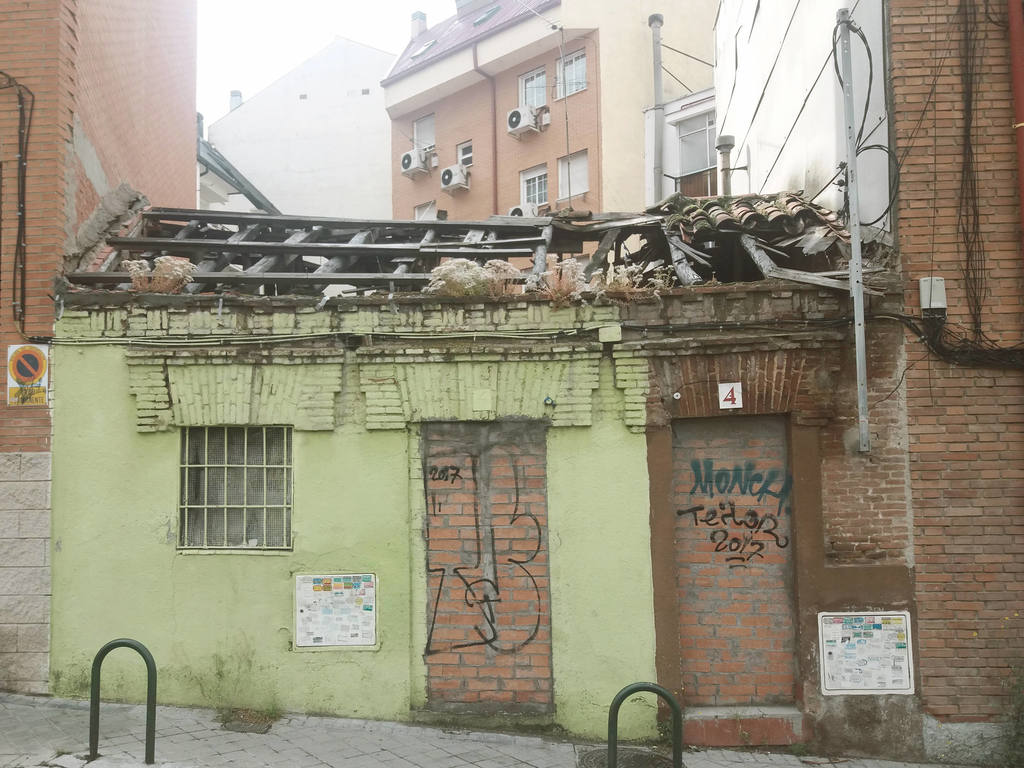 Rumors of Tetuán’s gentrification have been greatly exaggerated. There are abandoned buildings everywhere.

Along Bravo Murillo and some of the other big streets, there are larger buildings that aren’t looking much better.

A friend in the neighborhood suggests the owners are holding onto them until the price of real estate soars again.

At which point, they’ll sell, and the old buildings will be knocked down to be replaced with…

I guess only time will tell.

In the meantime, I might just walk down to Gonar to get myself some corduroys and suspenders on final clearance.

P.S. I actually really enjoy living in Tetuán. And when I want to indulge my “middle class tastes” I can always head across La Castellana to the whole Cuzco area, which is pretty fancy.

P.P.S. If you liked this article, you might also want to know all about sex in Spain.

P.P.P.S. Okay, okay. Honestly, I’m not sure what you might want to know all about. But I want to link to that article as much as possible, so I can crush the competition, make tons of money and move to a more gentrified neighborhood.

P.P.P.P.P.S. What do you think? Is your neigborhood gentrifying? Or is it just a matter of closing down the old man bars and opening up pawn shops? Let me know, right here in the comments… Thanks!