My second week in Madrid, I took a walk in Casa de Campo.

As I wandered between ancient oak trees, suddenly a man appeared – a typical Spanish grandfather with the green coat and flat cap.

I was, like I said, new in town. And I had no idea what a mamada was.

I assumed he was just being polite, somehow. Maybe I looked lost. So he rephrased his question: ¿Quieres que te la chupe?

Grandpa wanted to blow me.

(Let the record show that I declined. Nice of him to offer, though.)

Anyway, the time has come to talk about sex in Spain.

We’re in for a wild ride.

Sex in public: it’s a thing

Years ago, I was hiking in the Valle de Lozoya.

Walking along the river, I caught a glimpse of flesh in the distance.

“Check it out”, I said to my friend. “Some guy’s just standing there naked.”

I thought it was just one eccentric out tanning on a Wednesday afternoon. But a hundred meters further along there was another: some middle-aged dude standing up on a boulder, buck naked and sunning his wang.

Two more naked guys later, my friend suggested we take our walk somewhere else. Either we’d stumbled on a very remote nudist riverbank, or the guys were there looking for love.

I hear beaches are a good place to have sex… And Spain has a lot of them! Photo by Adam Kontor from Pexels.

Is actual sex in public common? I’m not sure.

Check out mispicaderos.com for all your needs – users share advice on how and where to have sex in bathrooms, parks and cars and more. Schedules, lighting, where to have sex with complete strangers, information about parking and what to wear to signal that you’re looking for a good time.

I guess that’s what I miss by going to bed early.

The website also has info about where to sneak a private moment on university campuses, in office buildings and more.

I guess in a country where many people live with their parents till their mid-30s, it’s no surprise that the youngsters have to get creative to get funky. And oldsters – well, they wanna have fun too.

A bit about prostitution in Spain

Turns out that prostitution is legal in Spain – or at least not illegal. Apparently it exists in a sort of grey area which isn’t covered by any existing laws.

Sex trafficking and pimping are illegal, but the act of prostitution itself is okay.

En fin… prostitution it’s pretty common. Apparently, 39% of Spanish men have gone to a prostitute at some point. It’s a significant part of the Spanish GDP.

I’m not sure if the younger generations are doing it as well – the guys I know who’ve talked about their “hookers and blow days” were mostly older.

That number, 39%, is well above the rates in other European countries.

Even in The Netherlands – famous for its sex tourism – men are less likely to pay for sex.

I remember that back in the day when El País had classified ads, 80% of them were for prostitutes. Starting at 30€ you could do pretty much anything.

Have prices gone up since then? Or – like English teachers’ salaries – have they stayed depressingly low?

I’m not sure. Find out on your own, if that’s your thing.

And here’s the big issue…

Do Spanish men have small penises?

Maybe I say the small issue.

You can find some articles out there claiming that Spanish men are among the world’s best lovers.

But in my research I also found data saying that Spanish men had some of the smallest penises in Europe.

Years ago, I used to go to a gym for martial arts. I’d see dozens of Spanish penises every day. None of them struck me as particularly small.

Perhaps some gentle reader who’s more intimately acquainted with Spanish manhood can leave a comment about this.

In any case, most of the penis size data out there is self-reported.

And then there’s another biggie…

Who fucks more and who fucks better?

The burning question – who are the best lovers among Spanish regions?

Well, I’m not sure how you’d establish, statistically, who’s better in bed.

Set up a study in which people fuck residents of all 17 comunidades autónomas (plus Ceuta and Melilla) under controlled conditions in a laboratory?

In any case, a recent study says that people from Andalucía are Spain’s best lovers. 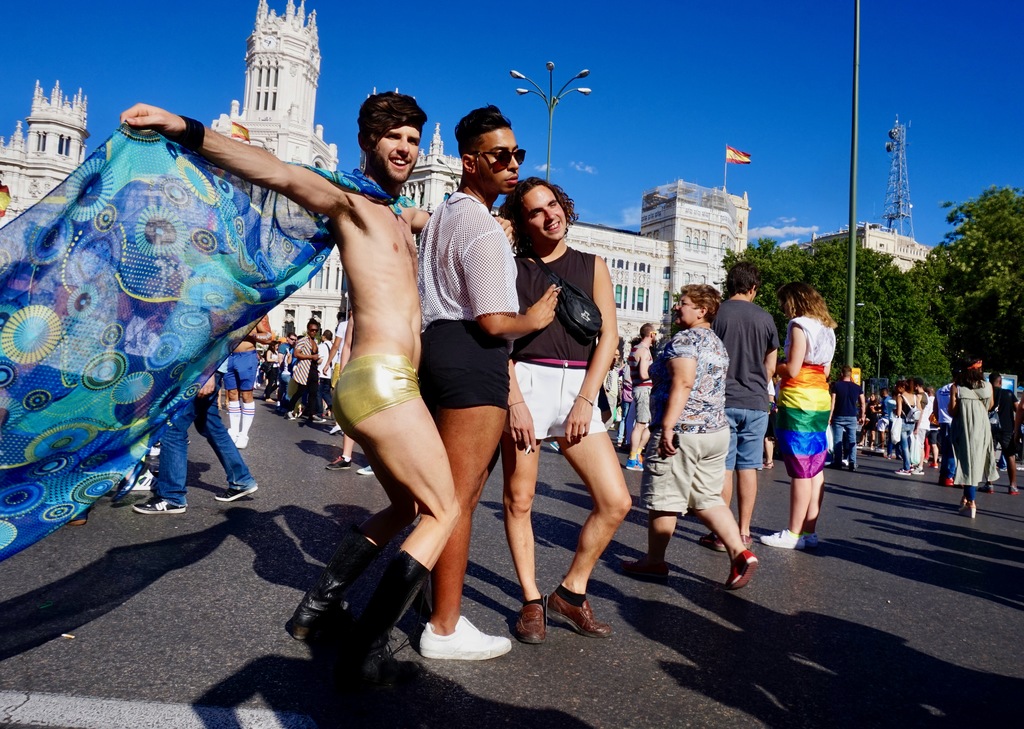 Madrid has a strong LGBT community. I’m not an expert, but if YOU are and want to write a guest post about it, please let me know.

If we’re talking about frequency of intercourse, it’s Cantabria and the islands (Canaries and Balearic) who top the list.

In any case, Salon.com lists Spain as one of the top 10 countries where people are the most sexually satisfied.

(The online sex toy shop Amantis.net says so, not me.)

Somme stats on infidelity in Spain

Are Spaniards a bunch of big cheaters?

According to O’Hara, she’s almost more surprised when Spanish people say they are faithful. 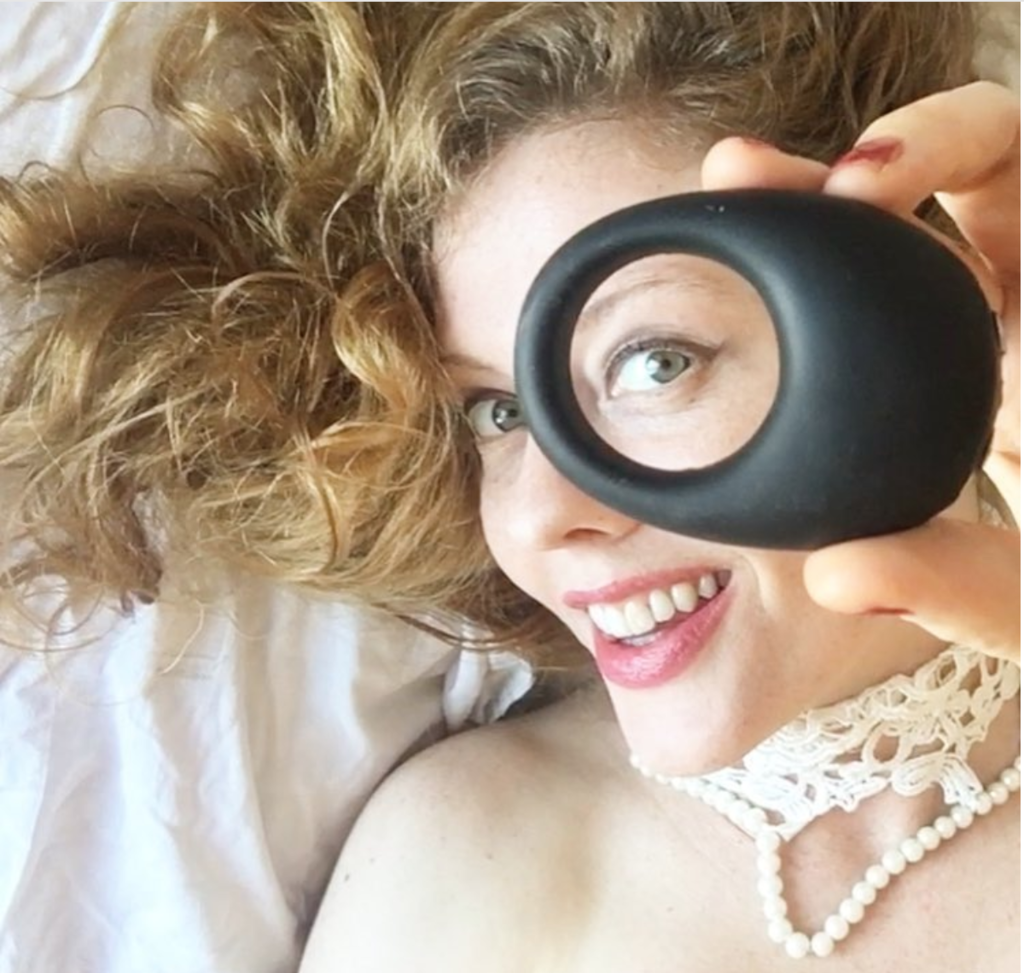 Sex Toy Tester Venus O’Hara has thought a lot about sex in Spain – she lives in Barcelona.

She chalks it up to the importance of family and the relative infrequency of divorce. Better to keep the family together, even if it means getting some action on the side now and then.

And the data says that anywhere from 30 to 80% of Spaniards have been unfaithful to their partner.

In fact, according to Ashley Madison, a “dating” site for married people, Spain is the most unfaithful country in Europe.

Venus is a friend, by the way, and I learned a lot from her book Inglés para pervertidos (now out of print). You can find more from her on Twitter.

Venus is from England, but she’s been calling Barcelona her home for quite a while. And her story is pretty amazing. Check her stuff out if you’re into sex toys, fetishes, sexy gingers or whatever else.

All the fun is on venusohara.org

And to wrap this up tight…

I know I spend a lot of time generalizing on this blog.

But sex is something I try not to generalize about too much. It’s just too personal and too variable. Also, I have a feeling almost everyone is lying.

Even if it’s in the interest of science, a question like “How likely are you to cheat on your husband or wife?” is going to be tough to answer honestly.

And don’t even get me started on those guys who spend a week in Thailand and now claim to be experts on the female mind everywhere east of Istanbul. “Y’see, the thing about Asian women is blah blah blah…”

That’s why I’ve tried to make this article about data (even if I don’t necessarily believe all of it) and my personal experiences.

In fact, I did see some people fucking in a park one time.

It was my second month in Madrid, a very long time ago, when I lived in Lucero. It was the middle of the day, but ridiculously cold out. There were 4 young people gettin’ their freak on. The girls had pulled up their miniskirts and pulled down their tights, and they were riding some dudes in puffy jackets and baseball caps, cowgirl style.

I just wanted to get to wherever I was going, and ignored them. My hands were freezing and I didn’t care who wanted to show their ass in some park in las afueras.

Welcome to Spain, I thought. Now when am I gonna get some action?

For the answer to that question, you’ll just have to read my classic article about dating Spanish girls.

Anyway, I felt totally vanilla after researching to write this article.

I walked around the barrio afterwards, looking at people on the streets, wondering: How many of these perfectly normal-looking folks are into stuff I’d consider strange and unnecessary?

Is that guy at the bus stop taking his wife to a swinger’s party in some parking lot later tonight?

Is the girl writing working at the bank sneaking breaks to write reviews of the best Burger King bathrooms to have sex in?

I’ll never know – I didn’t stop them and ask.

Wishing you all a satisfying sex life…

P.P.S. Sex is fun and everything, but sometimes you’ve gotta go to work. For that reason, I’ve written a brand new guide to working in Spain. Enjoy!