Looking for work as an English teacher in Madrid?

This page probably isn’t the place for you.

I don’t have jobs for teachers, and I’d rather die than own a language school.

But I do have some good, useful info about teaching English in Madrid on here.

For example: Can you really make a living?

What’s it like going to a TEFL job interview?

And the question we’ve all pondered from time to time: Has my boss lost his goddamn mind?

However, today we’ve got a new topic – a bit different than others.

As the admin of the #1 Facebook group for English teachers in Madrid, I get a lot of blowback about what are (in my mind) surprisingly innocuous job postings made by language schools.

So if you’re a teacher who doesn’t like a job posting you see online, read on…

Because here are the top 5 reasons why English teachers in Madrid love to hate on job postings.

Maybe this could be useful to the people doing the hiring – or maybe not. I just wanted to get it off my chest.

Do you even know how much money I could be earning back home?

Do you know who I am?

I’m deeply offended by your stingy salary offer. And now I must tell anyone and everyone what sort of salary I think I deserve so they’ll know I’m above such things.

Did I mention I have a degree? Yes, a degree… and as far as I know I’m the only person in history to have earned one.

So take that into account before offering me a salary that’s just as good (or bad) as what “the locals” are getting for their jobs.

(My opinion: rather than complaining about low salaries, improve your skills. Learn more about personal finance. Raise your prices. Do anything, really – complaining and handing responsibility for your bank balance over to someone else isn’t useful at all.)

2. Deeply offended by the word “native”

Please be more subtle in your discriminatory hiring practices, you monster.

I actually have a couple of opinions about this.

For one, it’s so easy to weed people out without putting the word “native” in your job ad.

How about measuring their level of English by having them write two paragraphs about some basic topic? That’ll get rid of the ones who don’t actually know the language.

Also, isn’t there a whole “parallel” education system in Spain that spends virtually all its time discriminating against native speakers and in favor of Spaniards for all the best teaching jobs? I think it’s called the “public school system” or something.

3. The job posting is far too ambiguous

Not all points of the contract have been explained in the Facebook post, so I’m sending angry texts about it to the group admin telling him how bad a job he’s doing as a moderator…

Because obviously I’m way too busy to just ask the original poster to clarify.

Busy posting on another Facebook group about how I can’t figure out where the supermarket is – or whether it will be open on a Tuesday. 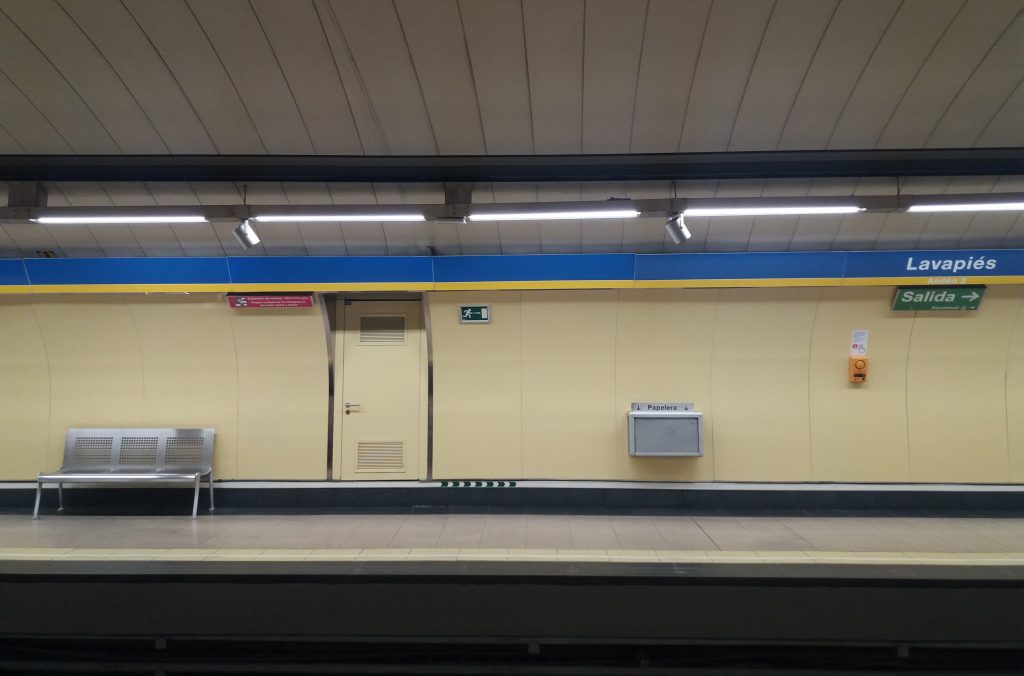 (My opinion: I can’t possibly moderate everything, and I’m not going to try. If you want to know about the type of contract, the dental plan, or when your holidays start, message the person who actually knows. Thanks.)

4. The class is too far from my house.

Like all self-repsecting guiris, I live in Malasaña, and getting to Legazpi and back would interfere with my ability to hit up 1€ Wednesdays at 100 Montaditos.

(My opinion: just suck it up and go to Legazpi. Or don’t. Who cares? I myself used to spend a ridiculous amount of time on the metro. It inspired me to improve myself, so I could stop that nonsense and let younger people schlep their sorry asses all over town all day. Here’s how I fired my boss. How are you gonna fire yours?)

5. But that’s not a reputable language school!

My flatmate’s 3rd cousin heard from his girlfriend’s hairstylist that THAT school has a bad reputation and wants everyone to know about it.

(My opinion: I’ll listen to this sort of thing if the problem is that they don’t actually pay their teachers, or if the boss gropes people or something. Otherwise, it’s hard to know. Everything is relative. I spent years working in a language school that I loved because the management left me the hell alone to do my classes. Other people want a lot of support and hand-holding. Doesn’t mean one school’s better than the other. Different strokes for different folks… that’s what I say.)

(Okay, okay… nobody under age 90 says “different strokes for different folks”. But whatever.)

I guess I’m probably forgetting something.

Teaching English isn’t the most lucrative of professions. At least in Spain.

Of course, it depends on the country. I suppose if you go to Japan or China or the UAE you can rake in the big bucks.

A while ago, I got a really good offer from Yemen.

But am I really going to pick up and move to Yemen? No, no and no.

As I’ve made clear in several other articles, I love Spain. And living in Madrid is great.

I’m willing to earn less than a London salary if it means I get to stay in Spain.

After all – Where do those those “rich folk” from the North of Europe end up going on vacation?

More often than not, it’s Spain.

And we get to live here all year round.

P.S. Like this article? Hate this article? Let me know, right here in the comments… I’ve thought about doing a serious article about native vs non-native English teachers. But then again, who am I to be “serious” about anything? In the meantime, here’s what you should know about dating a Spanish girl. Or maybe you’d prefer to know my opinions about Madrid vs Barcelona as places to live. Either way, have fun!

Hey Mr Chorizo, where you been at?