Morena wanted to come here and I didn’t check the weather beforehand.

Here we are, freezing.

And the town’s quaintly medieval.

(I guess you could say it’s getting medieval on my ass. Mostly by freezing it. Tap dat ass with a hammer and it’ll shatter into a million pieces.)

What to do in Ávila?

I have to admit, when I booked two nights in Ávila – not even the most exciting part of Castilla y León – I secretly thought, “Maybe 2 nights is too much. What are we going to do? Two nights! I’m gonna be bored AF…”

Then I checked the weather and found it would barely be breaking zero.

Oh well. People spend their whole lives in places like Ávila. Surely we can do two nights.

Anyway, as far as I know, Ávila is famous for only three things.

And while I love old architecture, my interests focus on the last two: consuming copious amounts of animal products and researching the lives of saints.

Why saints, you may ask?

Eh… I’m not even sure myself.

I guess I just like to know about people who went out of their way to do more with their lives – even if “more” in those days meant walking around barefoot in the cold, painful prayer to the point of hallucination, and some occasional auto-flagellation.

Historical note: according to Wikipedia, at age 7 the future Santa Teresa and her brother – already pious Christians – ran away from home to “seek martyrdom among the Moors”. Quite the pre-tween rebellion. 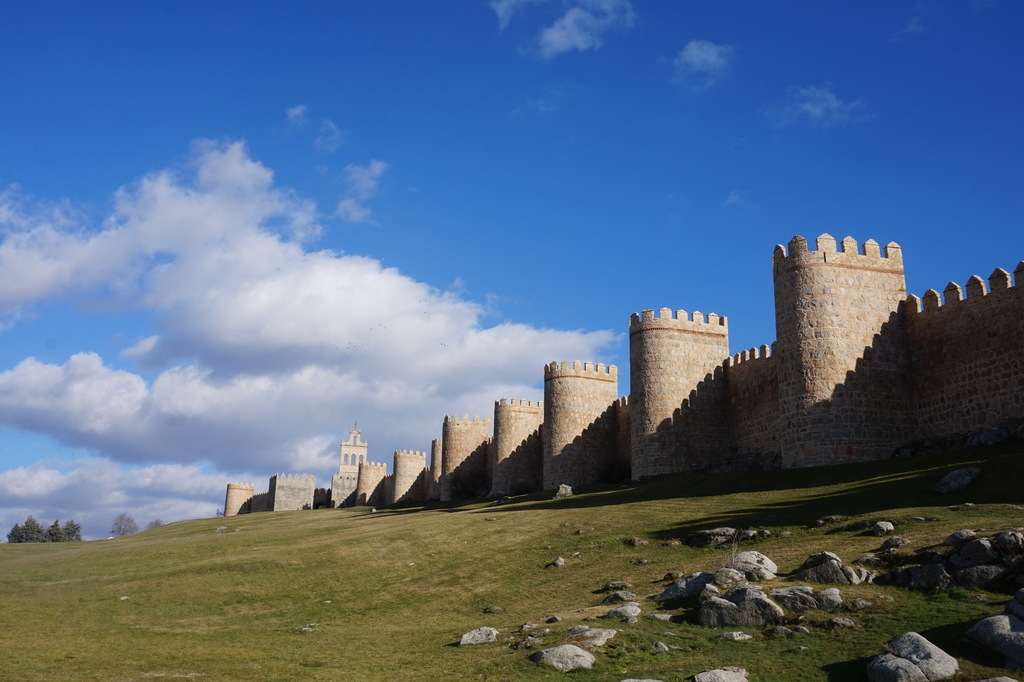 The famous Wall of Ávila… It’s the only full city wall left in Europe, as far as I know.

After a long walk around the wall, we went to the Parador to have a drink. I go to paradores in every town I visit (if they have one). They’re nice old castles, palaces or monasteries that have been turned into state-owned hotels.

I’ve still never stayed in one, but the bars are usually pretty nice. The one in Cuenca is literally one of my favorite places in the world to visit.

After our “aperitivo” it was time to dig into a massive steak, and then off to bed to prepare ourselves for…

I’m pretty sure Ávila doesn’t have much besides churches and Santa Teresa.

And the Santa Teresa museum is not the most exciting place in the world.

There are a lot of old books and illegible documents. And also lots of paintings of haloed people looking up with pained expressions. You know, receiving the word of God, I guess.

After that brief cultural interlude, it was time for a couple of beers on the Plaza Mayor, followed by a 1.2 kilo steak.

At La Lumbre (Calle Tomás Luis de Victoria, 3) the steak is dry aged in a fridge near the window. It’s not cheap but it’s one of the best steaks Morena has ever had. (Although it must be said she’s from one of those no-steak countries.)

And then, after gorging ourselves on protein and Yemas de Ávila – a sweet made of egg yolk – it’s back to the hotel to contemplate our sins.

Here are some quotes from Santa Teresa de Ávila – AKA de Jesus.

Anyway, 2018 is an “Año Jubilar Teresiano” which I’m pretty sure means that if you go to one of the selected temples in and around Ávila province, you’ll receive extra indulgences for your sins. 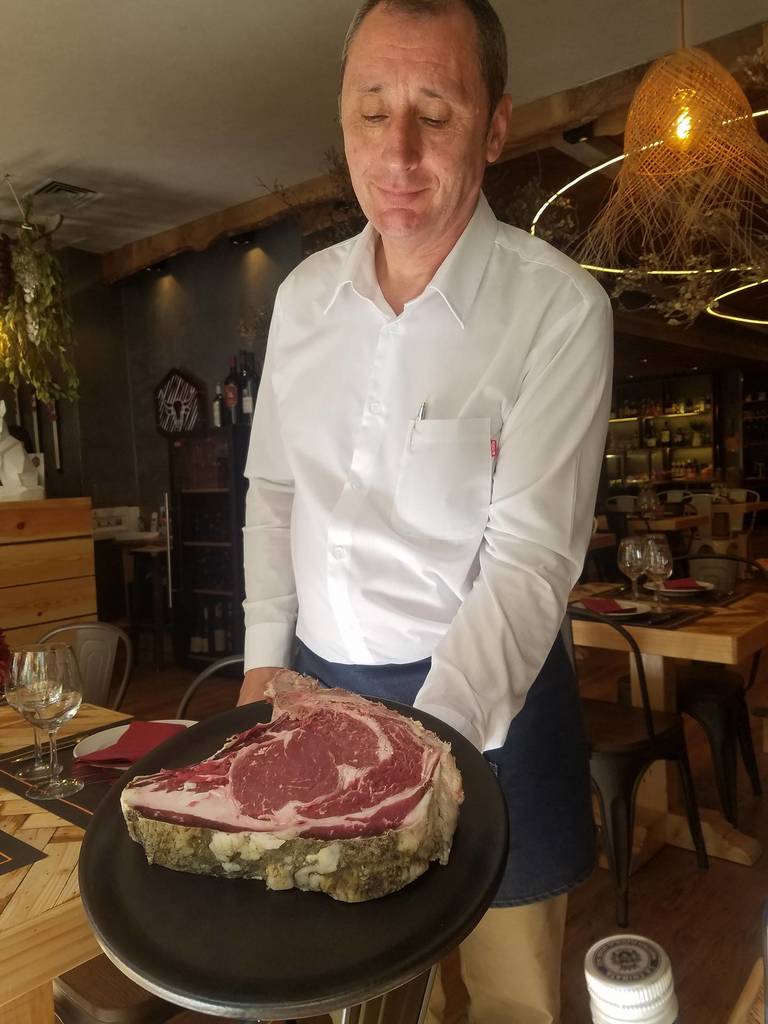 That’s the chuletón de Ávila. Sold by the kilo. After cooking and cutting the bone off, the weight comes down a bit. Photo by Morena.

Anyway, it’s time for a nap.

Have you ever been to Ávila? Or how about the other parts of Castilla y León?

I’ve been to Salamanca and Segovia a couple of times, and a few smaller towns as well. One thing I can say is… I’ve never gone to bed hungry.

Spain has a lot of great places to go.

I’m a fan of north, south, east and west.

But the issue with Europe is that it’s nicer in summer. But everyone else is travelling in summer as well. So it’s nice to travel in the off-season, when the towns are quiet and the prices are low.

Then in summer, you can hang around Madrid for the heat and the ghost town.

Ávila is just an hour an a half from Chamartín station – you can get there for a few bucks.

And if you want to spend the night, well, have fun!

P.S. For other places I like in Madrid, check out Santander, Gran Canaria and Galicia.

P.P.S. If you want more religion, check out Holy Week in Madrid. Madrid’s religious processions aren’t the most impressive you’ll see in Spain, but they’re worth an hour of your time. And while you’re at it, see if you can get some torrijas. Have fun!