Ideas vs Execution – which is more important?

Got any great ideas?

A lot of people approach me these days with their ideas for a blog or a YouTube channel.

I think it over.

The books I already have to write. The videos to make. That novel that’s on the back burner. The accounting, the taxes, the million someday/maybe plans.

Those donuts at home that aren’t gonna eat themselves.

So I say, “Don’t worry. I’ve got a lot on my plate. No time for stealing ideas.”

“I’m going to write a blog… about wine.” Expectation shines in their eyes. “What do you think of my idea?”

I say wine, but it could be a blog about anything.

I’m going to do this thing about food. About travel. About technology. About fashion. About fitness. About being a millennial going through a quarter life crisis.

“Then see what works, what doesn’t.

Usually they don’t do much, which is a pity.

Because, as my dawg Derek Sivers says, ideas are just a multiplier of execution.

Ideas vs execution, and why you need both

I like Sivers’ essay in his (completely awesome) book for entrepreneurs, Anything You Want.

And brilliant ideas with brilliant execution could be worth millions.

You’re not gonna pay the rent with the blog you’re “thinking” about writing, or the YouTube videos you’re “gonna” make. 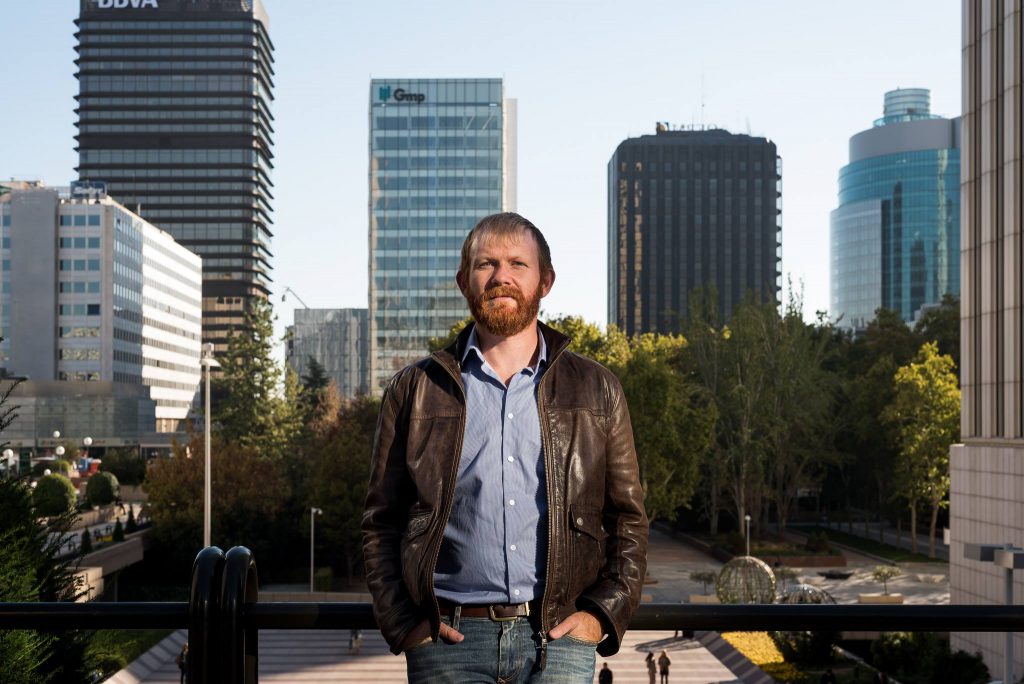 Your humble author, who calls himself Mr Chorizo from time to time.

There are lots of blogs out there… but not a lot of great blogs.

Write a great blog, or make some great videos and then we’ll talk.

One way or another, you gotta do the work.

(By the way, I’ve started probably three blogs for every one I have now. A 33% success rate isn’t that bad. Fail forward.)

A lot of huge businesses, big projects and great were originally laughed at by nearly everyone – even those “in the know”.

It took people quite a while to realize their genius.

For example – a lot of Parisians hated the Eiffel Tower when it was first built. More engineering than architecture and made with ugly riveted steel, artists protested.

They called it useless, monstrous and ridiculous…

Even the telephone was ridiculed by Western Union as a toy when Bell first took it to them. Why would you want to talk to someone across town through wires if you could just get on your horse and go see them?

Little did they know.

And apparently, Nokia engineers realized they could make a touch-screen internet-ready mobile phones years before Apple.

But when they took the idea to the president, he just laughed. Why would anyone want to use the internet on their phone?

Apple executed, and guess who has the most valuable company in the world these days?

A lot of smart people don’t really know what’s going to work and what’s not. Nobody really knows. Until they get to work and get their “thing” in front of customers.

If Mark Zuckerberg had come to me with his idea for Facebook drawn out on a napkin and asked for an investment, I woulda sent his geeky ass packing.

You would have too.

Zuck has tremendous execution… and none of us are billionaire Facebook investors right now.

Elon’s another good example, by the way. Nothing original about the “idea” of electric cars. Turning out thousands upon thousands of awesome futuristic electric cars is… Brilliant execution.

And if Ol’ Elon gets to Mars, that’ll be down to his execution too… Because the idea of going to Mars has been around for decades.

Ideas are easy to come up with… it’s building spaceships that’s hard.

Anyway, time to wrap this up.

I’ve got an idea for a workout to do. Imagine my biceps if I did 300 pullups a few times a week… I bet those donuts would just melt right off me, too.

Easy to say. But hard to execute.

P.S. If you liked this article, you’ll love my book. The Zen of Blogging is all the tough love you need to be an awesome blogger, make money, fire your boss, get groupies and become slightly famous… or more than slightly, if that’s your thing. Check it out: The Zen of Blogging. Or hey, if you’re sick of me (already?) you can also read one of the best books about writing.

Why your life plan is bullshit… and what to do instead