It was, I think, my fourth time there, and I gotta say…

If you haven’t been to Cuenca, you’re really missing out.

Nobody talks about it much, with most of the guiris preferring beaten-track destinations like Barcelona, Granada or Sevilla.

(When I decide I no longer want to have friends, I’ll finally write that article about how Barcelona is totally overrated. And how the beach sucks.)

But anyway, as I was saying…

The first time I went to Cuenca – and every time thereafter – I’ve just been shocked at the beauty of the city, the architecture, the landscapes in the surrounding areas and more.

And did I mention they have good food too?

The old city of Cuenca was built on a hilltop, with houses right up to the edge of the cliffs.

The dropoff to the river (a tiny one called Río Huécar) is impressive, and there’s a steel bridge over the gorge to the Parador de Turismo – a hotel built inside an old monastery.

The most famous bits of architecture are the Casas Colgadas – very old houses with balconies which are actually hanging off the cliffs over the gorge. 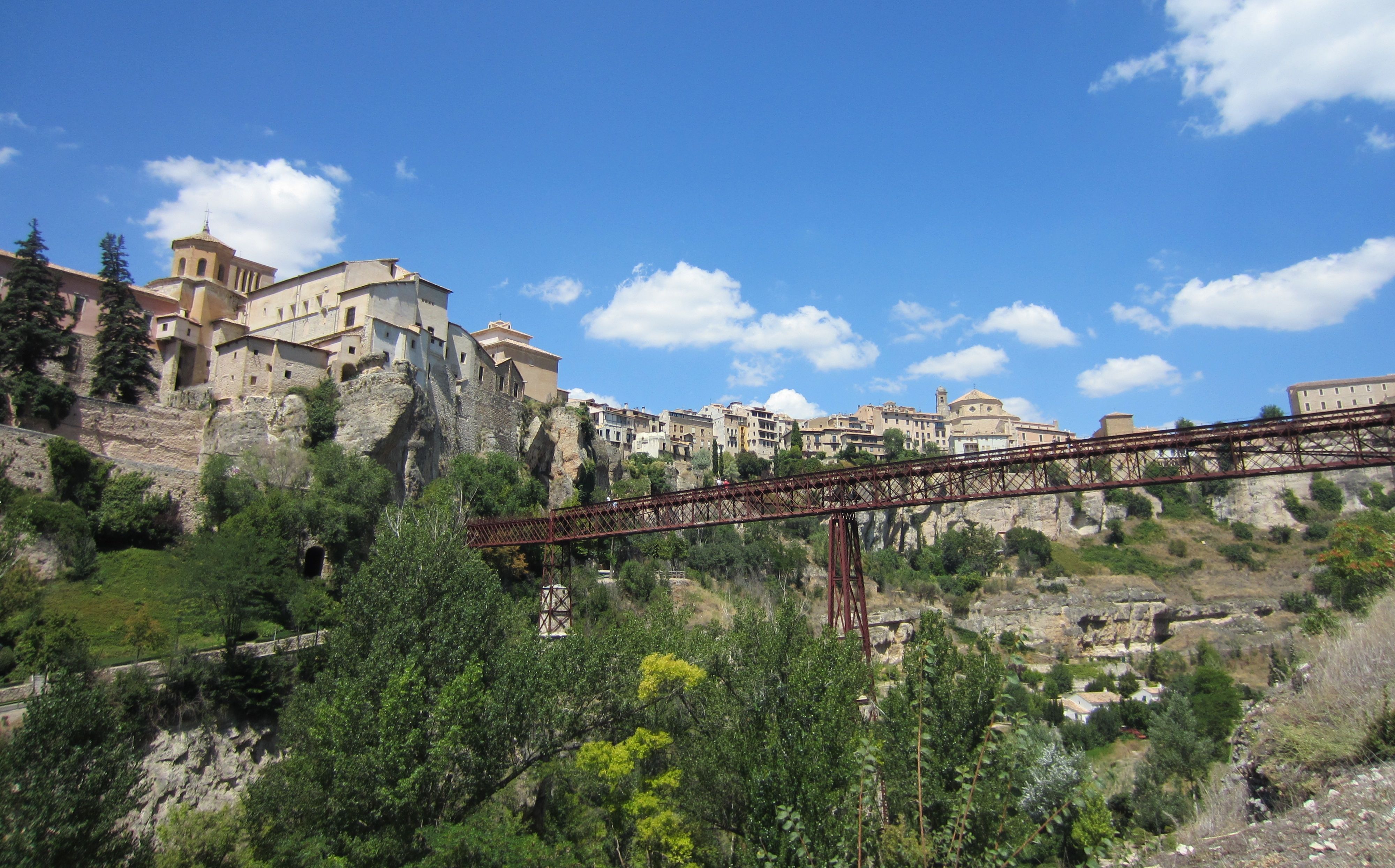 The bridge over Hoz del Huécar in Cuenca, Spain.

Let’s see a few recommendations for things to do, while we’re here…

My favorite places to visit in Cuenca

I’ve got several favorite places to visit in Cuenca. Take a look… 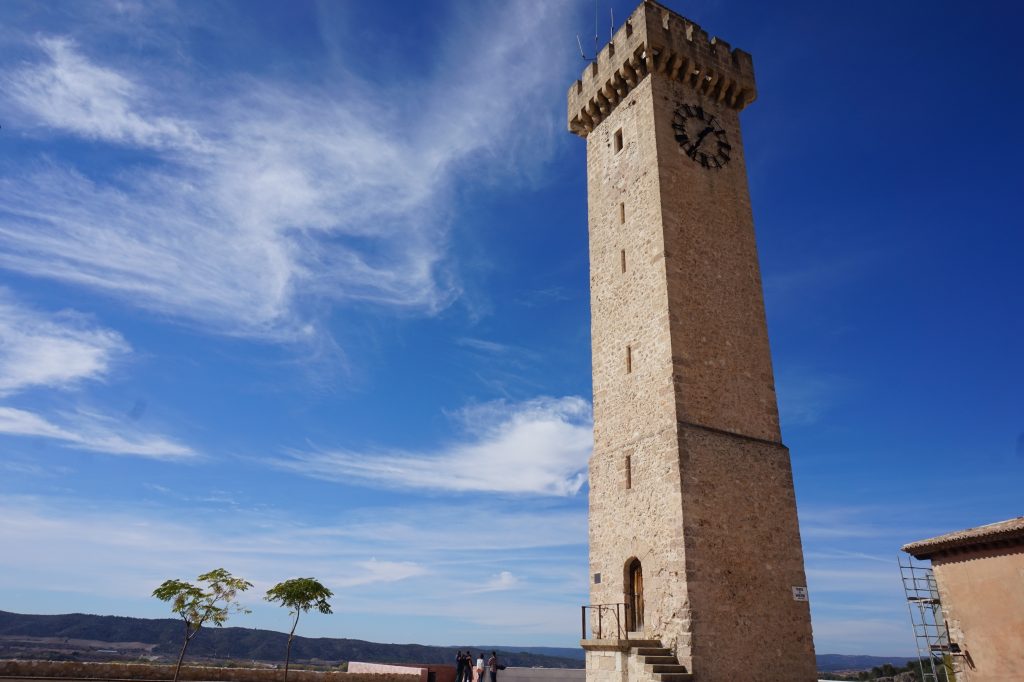 This tower is the highest point in the city of Cuenca, and it’s on a cool little plaza on the hilltop.

Negatives about Cuenca: the science museum kinda sucks, but at least it was free on the day we went. And we had some pretty bad food in the newer part of the city.

Getting to Cuenca: You can catch a bus, drive, or take the train. This time I took the AVE, which is awesome and only takes about an hour.

You can easily swing by for a day trip from Madrid or Valencia but I think Cuenca is worth a full weekend – even 3 or 4 days if you’ve got time and you like smaller towns.

So if you plan to sleep while you’re there…

Places to Stay in Cuenca, Spain

There are plenty of hotels and hostals around Cuenca – I’ve stayed in a few.

Posada Huecar is old-school and cheap, just at the bottom of the hill next to the river. I stayed there a couple of times. The beds aren’t great, but it’s cool for the ambiance and the price.

And this time I was in the NH Ciudad de Cuenca – a nice hotel, but not very well-located – it’s a bit outside town.

Anyway, I’m no hotel critic, so why not just click on this affiliate link and give some money to Booking.com?

I’ll get a little bit too, and I promise to spend every penny I may earn on the usual – wine, pork and loose women.

So you’ll be supporting this blog, which is definitely a great idea.

It’s not London or New York or Tokyo. And it’s nothing like bigger Spanish cities such as Madrid or Barcelona.

But there are lots of great places to see in Cuenca.

And it’s small… really you can just take a walk around and do all your sightseeing on foot. Take a day or two.

It’ll be cool, I promise.

P.S. More places I’ve been, if you’re curious: Las Palmas de Gran Canaria, Ávila – the home of Santa Teresa, windy and dilapidated Puerto de Santa María, and sunny Cercedilla. And for more photos of Cuenca and beyond, check out my Instagram.

P.P.S. For more about mirando pa’ Cuenca, check out 10 obscene Spanish expressions. You won’t regret it.