If you’ve been in Madrid for more than a few weeks, you’ve probably been to La Latina.

El Rastro – the Sunday flea market – is one of Madrid’s must-sees.

But there’s more going on behind the facades.

La Latina is the oldest neighborhood in Madrid, and the architecture hasn’t changed much in the last few centuries – you still have narrow streets laid out on their medieval routes, large open squares, ancient churches…

And more importantly, for some, lots of places for cañas and tapas.

(Getting tipsy after the Rastro is in my opinion much better than going to the actual flea market… but that’s just me.)

Anyway, today I want to talk about a little history.

This morning I was doing some research for a future article, and I saw several expat blogs giving some information that’s just plain false.

Fake news, as the kids are saying.

So let’s clear this up…

Yup… “La Latina” was from Salamanca.

Galindo was given the nickname because she was a scholar of the language. One of the most educated women of her time, she wrote poetry and a commentary on Aristotle in Latin.

She also tutored some Spanish royalty. She taught Catherine of Aragon, the future wife of Henry VIII of England, and Joanna of Castile – both daughters of Queen Isabella I. 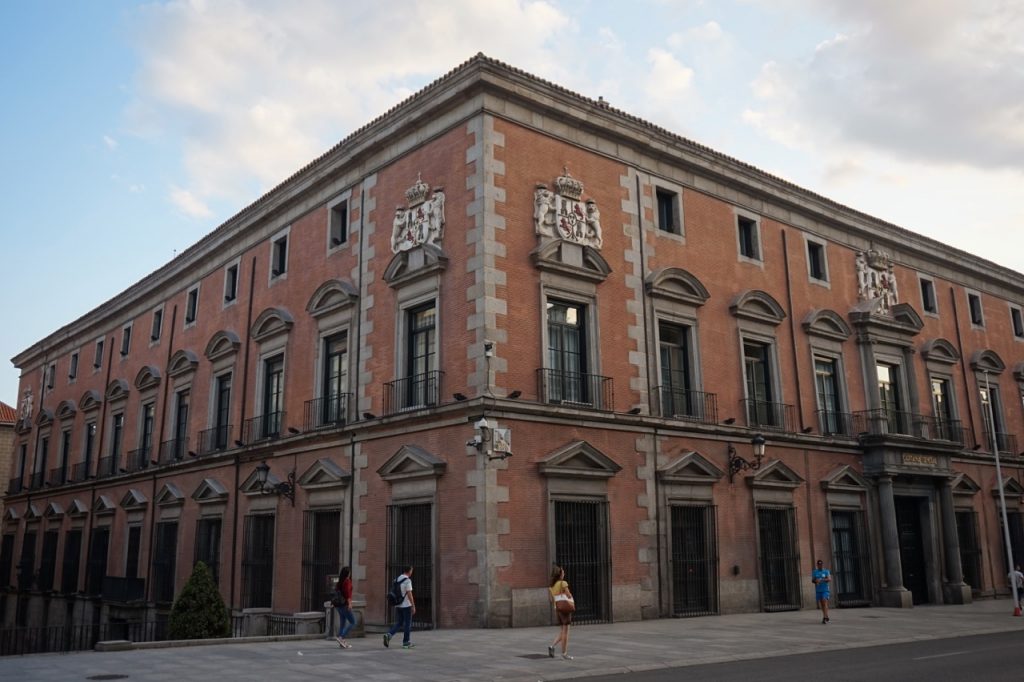 According to Wikipedia… “[Galindo] was one of the first women to be active in public life during the renaissance. It is reported that she dressed in the habit of a nun or abbess. She founded the Hospital of the Holy Cross (Santa Cruz de Madrid) in 1499.”

Not too shabby, Ms Galindo.

(Side note: you might know Joanna of Castile by her nickname, too… she was Juana la Loca, and there’s now a restaurant in the area named after her. Klara is a fan of their brunch.)

Today, if you’re in La Latina, you can go to the bars along Cava Baja for tapas, cañas and pinchos.

You can admire the architecture around Plaza Mayor and Plaza de la Paja.

Or – my favorite – you can just grab a beer and sit in Plaza de los Carros people-watching.

(Don’t get fined… botellón style public drinking is technically not legal these days. And Mr Chorizo would never recommend you do anything illegal. I’m just saying that I’ve done it. Maybe. Once.)

Anyway, I hope you’ve enjoyed this bit of Madrid’s history.

Either way, have fun. ‘Cause living in Madrid is awesome.

P.S. I’ve gotta say this. Dear expat bloggers: please do two minutes of research before presenting something as fact on your blog. I saw La Latina called the Latin Quarter on about four different expat blogs and that’s why I’m writing this. We can do better.

P.P.S. If you want to see some other places around town, check this article I wrote for Lonely Planet: Exploring Hip Malasaña. Or maybe my other article 10 places to try old-school Spanish food. Enjoy!