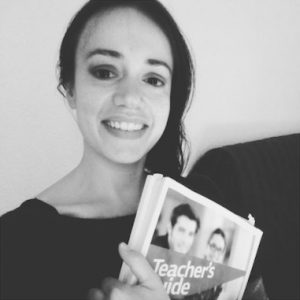 I wrote about the way that living abroad can change your whole personality in a little article several years ago.

But I’m just one guy.

And my wine-and-chorizo fueled ramblings from the reign of Juan Carlos I are hardly the end of the story.

So when Fiona, an English teacher who’s lived in both Madrid and Granada, offered to write a guest post about how living abroad changes you (and sometimes for the better) I said…

Fiona’s perspective is quite different than mine – see if you can figure out how.

How living abroad changes you

I’ve lived and worked as a TEFL teacher in Spain for 5 years now.

My partner and I have just moved from Madrid to Granada and, at least for the medium-term, it looks like we’re here to stay.

I outlined some of the ups and downs of trying to make friends abroad, and in a second language, in this post a few weeks ago.

But making friends in your new country is only one of the challenges you’ll face living away from home.

1. Friendships back in your home country will start to self-prioritise.

I generally make it back to the UK about two or three times a year. “But it’s only a two hour flight!” is how most people react when I tell them that.

That’s true, but it’s also at a cost of between €100-200 plus whatever else London manages to drain from my pockets. The dog needs to stay with someone and I need to make sure it’s not a weekend with prior commitments.

This means that if I’m in the UK for a week or so, it’s spent running from place to place trying to check in with everyone and I usually need another holiday when I’m done, just to relax and put my feet up for a while!

I spent the first two weeks of this July catching trains between my family in Brighton, my brother in Dalston, my sister-in-law and her kids in Kingston who were only over from Qatar for a week, and my Aunt and Uncle who flew in from Ottawa half way through my stay in UK.

Catching up with everyone is a highly organised operation! 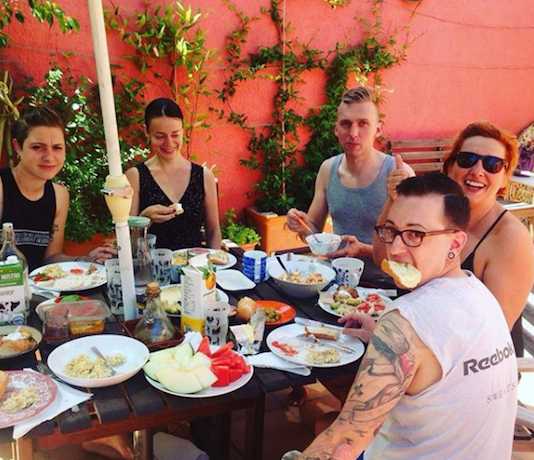 This means that friends who perhaps pre-move were a regular part of my life have now effectively vanished to the peripheries of my Facebook feed and those friendships that continue have become much more significant.

The same can be said the other way around. Some people will spend their hard earned wages coming to visit you, and will take time out of their day to day to schedule Skype chats.

Those are the people worth holding on to. The others will fade away.

2. Traumas and negative experiences have to be dealt with differently.

When you’re living abroad, you’re away from home, in a new culture with new people, without your support network.

Since I’ve been abroad, I’ve gone through quite a difficult separation, some of my family have been gravely ill, and my partner has been diagnosed with two quite serious conditions, one of which he received treatment for and has since been recovering from, the other we’ve had to learn how to live with.

Dealing with all of this on a day-to-day basis hasn’t always been easy, while at the same time trying to learn and adapt to an entirely new life, career and culture. And I didn’t have the same comforts to console me as I would have had back in UK.

Even the friends I would have gone to drink my sorrows away with were gradually fading into the past, the longer I lived over here. I had to find different ways to cope, and as a result I made some quite positive life changes.

I stopped drinking alcohol and have been teetotal for almost 2 years now. For the first time in my life I read the Bible, and have started reading the Quran, and last summer I attended a Bible study group, all with the objective of gaining a less limited perspective on this life. Therapy helped me to change the way I interacted with other people.

When people talk about how living abroad makes you a better person, or how it matures you or changes your outlook on life, I think this is what they mean.

All in all, I’m grateful for the lessons I’ve learned.

3. You’re capable of much more that you think.

It took me a while to realise it, but in Spain, I am a posh, well educated, perfectly spoken white, middle to upper class English lady.

Of course, most of that sentence is either lies or huge stretches of the imagination but it doesn’t matter.

The TEFL scene’s obsession with native teachers is in part a symptom of a country in awe of British culture. Union Jacks decorate one in every 5 items of clothing, studying in the UK is seen as a huge privilege, and young people scatter English vocabulary all over their native tongue when speaking among themselves as a sign of social status.

Sadly, this means that just being English and white will get you a long way. Although it’s not a situation I’m happy about, I’d be a liar if I said I didn’t benefit from it.

This means that I have had opportunities that I wouldn’t have had back in the UK.

I’ve done good work for NGO’s in Spain, whose UK equivalents wouldn’t have given me a foot in the door. I’ve met and learned from people and professions that I’d never have encountered back home. I work with much more autonomy and responsibility here in Spain than I ever could have hoped for as a non-university educated, working class person in the UK.

I’m incredibly thankful for these opportunities and I’m aware of how lucky I am to have them.

Consequently I’ve worked my arse off to do my absolute best in every situation, and the result has been proof of what I am capable of when I’m given the chance, and I push myself.

If I ever do return to the UK, I’ll be returning as someone quite different.

If you fancy learning a bit more about being a TEFL teacher and living and working abroad, have a look at my blog, profefiona.com.

P.S. Note from Daniel: I especially like point 3. We’re all capable of more than we think. I probably would have been pumping gas or selling plasma to make ends meet back home, but instead I came to Spain and became a best-selling author and pro blogger. Lots of unexpected things happened as a result of moving here. Because living abroad changes you – in many unexpected ways. How has it changed you? Hit me up, right here in the comments.