Is tourism ruining Spain? Anti-tourism protests in Barcelona and Mallorca…

Some people seem to think so.

Recently, a bunch of fresh-faced young “anticapitalist leftists” managed to drag themselves off Mom’s sofa long enough to throw confetti at some tourists in a restaurant in Palma de Mallorca.

In Barcelona, these fearless revolutionaries have gone so far as to spraypaint angry anti-tourist slogans in Parc Güell…

As well as slash the tires of some rental bicycles and vandalize a couple of buses.

All before slinking home to sleep in their racecar beds, hoping not to get yelled at for staying out late.

These and other actions have sparked a series of anti-tourism protests around Europe, right in the middle of high tourist season, when half the “continent” is on vacation in someone else’s hometown, ogling the locals and snapping selfies in front of the most treasured monuments.

It all makes us wonder…

Or are the kids just being morons?

Tourism accounts for 11% of the Spanish GDP – and in 2016 we clocked a record 75.3 million foreign visitors. And for good reason.

We’ve got amazing food, beautiful landscapes, great architecture and history. There are at least 32 reasons to love this country.

(I’m saying “we” here even though I was born in the US. I’ve lived in Spain my whole adult life and feel like it’s more or less my country too… so sue me.)

On the other hand, tourists are less price conscious and drive up prices for locals as well.

The hotel industry isn’t too happy about AirBnB – but neither, as it turns out, are locals in places like Barcelona, who are increasingly feeling priced out of the neighborhoods where they’ve lived forever.

And I can kind of see their point.

Here in Madrid, neighborhoods like Lavapies, Chueca, Huertas and Malasaña were once just normal (read: shitty) places off Gran Vía and Sol.

They were full of hard-working people just trying to get by.

Now they’ve been invaded by hipsters, tourists, Erasmus students and others who don’t give two shits about the lives of working-class madrileños…

It’s gentrification, and it happens in a lot of places. 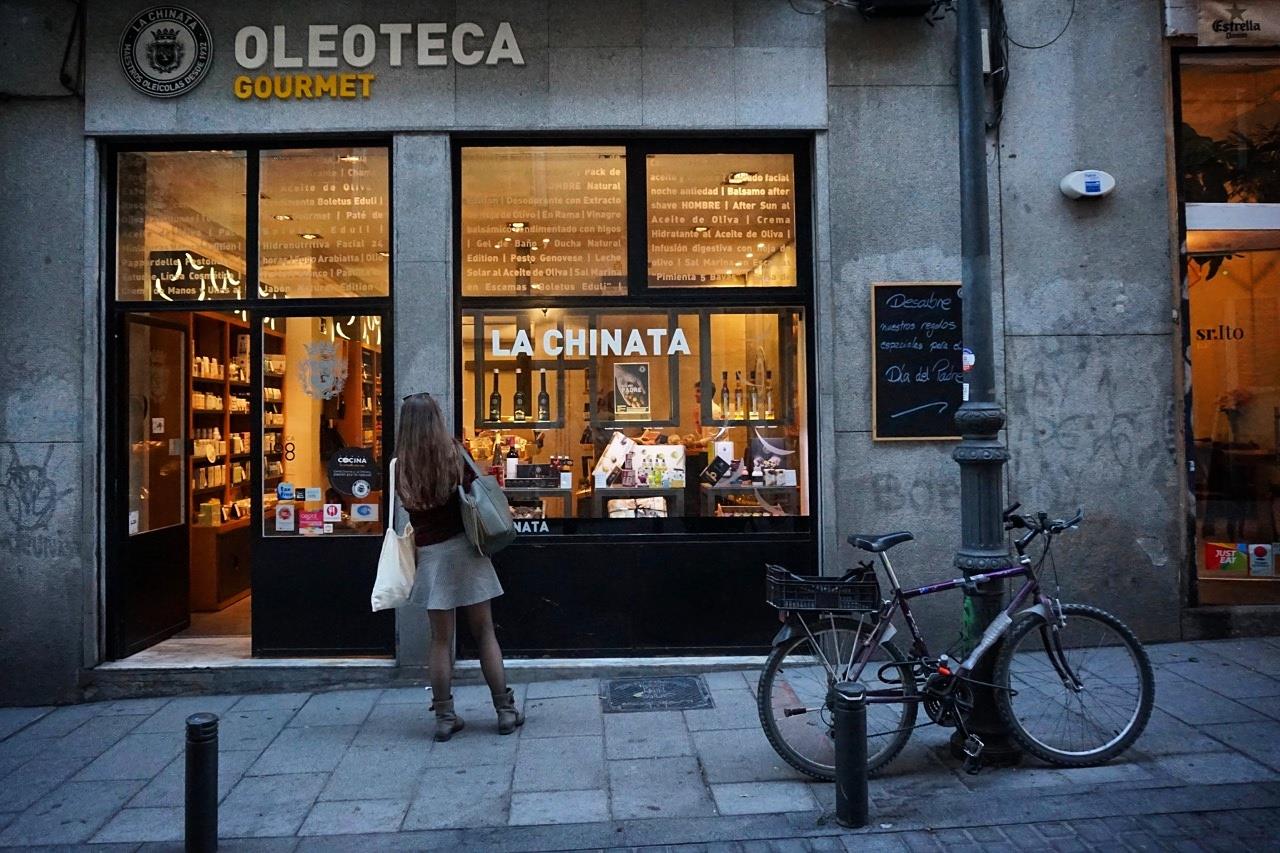 This ain’t your momma’s olive oil. In fact, it’s a gourmet oil boutique in the Chueca neigborhood of Madrid.

I suspect there’s not much to do about it, actually… trying to seriously restrict people’s freedom of movement is a pretty slippery slope down towards fascism.

You really can’t put a wall up outside your city these days.

The government can tax airports, trains, cars and hotels. But that’s just going to make travel more expensive. Meaning, only rich people will do it.

Hardly a solution, is it?

In any case, it’s certainly true that the money generated by tourism isn’t exactly making it into the pockets of those who need it most…

Just look at Andalucía, for example: Spain’s second-poorest region is also one of its most touristic.

Where does the money go?

God knows. Probably to a few people who are already mega-rich.

I was down In Andalucía earlier this year, and let me tell you…

Puerto de Santa María could use some gentrification. It looks like it’s all falling to pieces. And locals will tell you that it’s been going downhill since the big sherry producers moved their warehouses out of town.

Nothing stays the same and (with the usual caveat that this blog isn’t meant to replace a sociology textbook) I’d guess that any given city, neighborhood or region is always either in a process of gentrification or a process of de-gentrification.

Meaning: it’s getting better or worse.

And you can protest, you can tear your hair, and you can blame the guiris with their socks and sandals for ruining your quaint Old World lifestyle.

But I don’t think you’re going to stop tourism. 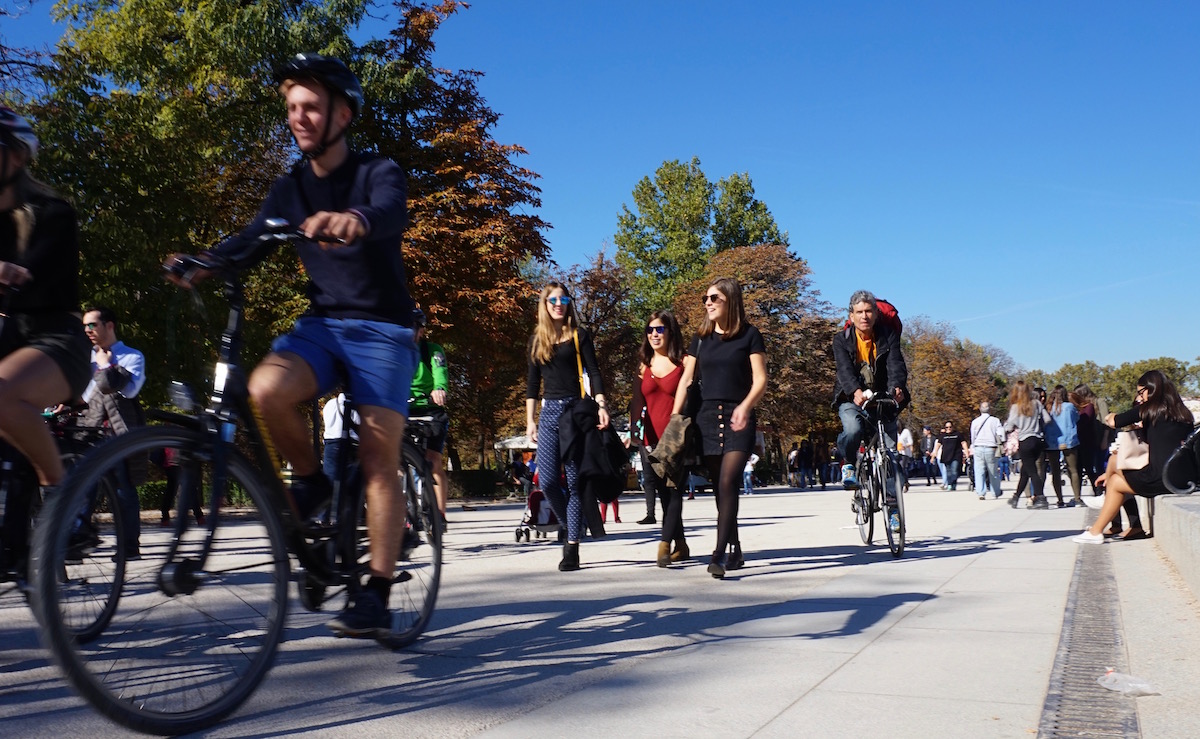 All this begs the question…

Yuval Noah Harari says in his (absolutely amazing) book Sapiens that most of us are living in a fictional reality that’s a mix of 20th-century consumerism and 19th-century romanticism.

We consume objects just as we consume experiences and feelings.

And we assume that travel is somehow going to give our lives meaning… or make us better people.

Everyone from serious travel writers to the creators of those lame Facebook memes spends a lot of their time reinforcing this idea: travel enriches the soul.

And if you have any doubts about it, just read Eat, Pray, Love and get back to me.

Is travel all that?

I guess at this point I’ve travelled more than most people, and let me tell you…

Life’s just as meaningless as it always was.

Or to put it more optimistically, it has exactly the meaning you create for it, just like always.

If you have some gaping void in your soul, going to drink sangría in Sevilla or do a small mountain of blow in Thailand probably isn’t going to fill it.

Does travel make you a better person?

I doubt I’m a better person because of all this travel (whatever “better person” is supposed to mean).

When I look back, did travel really expand my horizons a lot?

But what’s expanded my horizons a lot more is just meeting people from many countries.

And that’s something I’ve done as an English teacher and as an expat in Madrid, more than by travelling per se.

But I guess if I had just stayed home, none of it would have happened. I would have spent these last 12 years in Arizona, hanging around with people like me, not learning much about the outside world.

Today, just looking through my contacts on WhatsApp for a minute, I counted people from 25 countries. At my boxing class any given Saturday we often have people from 4 different continents and 8 or 9 countries. And at our expat Thanksgivings or birthday parties it’s often the same.

And that’s been truly life-changing.

Coming into contact with all those different perspectives, hearing stories that make my hair stand on end (but which seem completely normal if you’re from the place where they happened) or that make me feel we’re all basically the same…

That’s what’s changed me, far beyond those weeks in Italy or France, visiting churches and outlet malls, castles and cornfields.

Does travel really expand you horizons?

I’m going to go out on a limb and say “probably”.

And it’s definitely a net positive for the economy, even though not everyone is getting rich.

If you want to read an article by a real journalist, look no further than this one on The Guardian: Mass tourism is at a tipping point.

The author talks about Thoreau, who said – and I’m heavily paraphrasing – “Motherfucker, if you can’t stay present and have an authentic experience on a walk around your neighborhood, don’t even bother visiting the Taj Majal. That shit won’t do nothin’ for you if you can’t pay attention to the here and now wherever you are.” 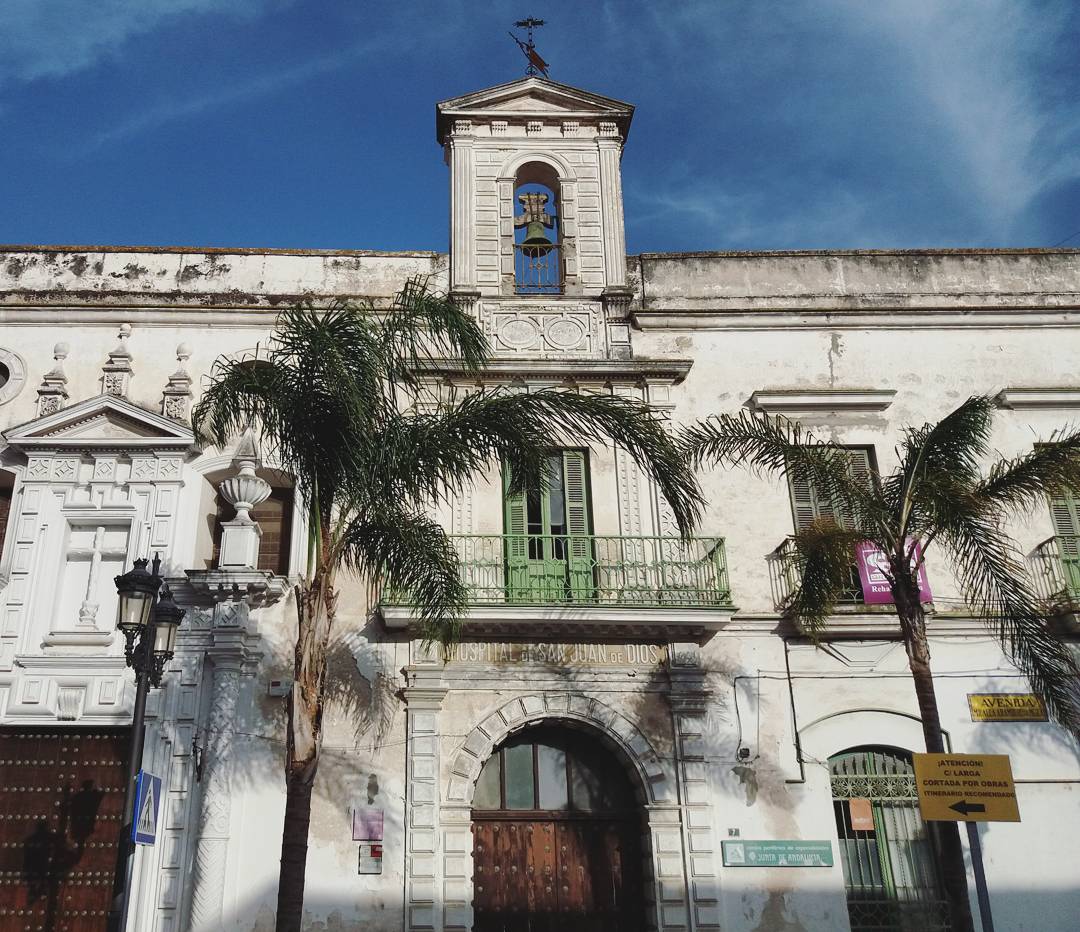 Some of the decaying beauty in Puerto de Santa María, Andalucía, Spain.

On the other hand, the last few days the whole internet has been blowing up with news of the violence surrounding protests in Charlottesville, Virginia.

Setting aside anything else about that I could say about that whole thing, how many of those white supremacists do you think have gone backpacking around Mexico?

I’m guessing none of them.

At the very least it made me realize that the world is a much bigger place than my suburb, and that the stereotypes I had about Mexico (and by extension, probably every other country) were completely wrong.

However, I suspect a lot of people manage to travel without greatly expanding their horizons.

And I guess those are the tourists that get the most attention: the stag party drunks pissing on streetcorners, the tour groups choking streets in historic neighborhoods, the old folks who come to Spain just to shuffle from the resort to the beach and back to the resort.

One of the great ironies of this article is that I was, many years ago, one of those young anticapitalist leftists who would protest about how the world is unfair in several thousand different ways.

What I discovered, after moving abroad, is that for the most part…

My life is my fault.

So listen: if you’re sitting around at home being unhappy…

If your plan for happiness depends on millions of other people changing their behavior to suit your wants and needs, guess what?

And if you’re waiting for the whole parliament to sit down and legislate your happiness, you’re gonna be waiting a long time.

If you think AirBnB or TripAdvisor or some old German couple is ruining your life, I’ve got news for you: it’s probably all you.

Because you’re the one person you can control.

If your life isn’t going the way you want it now, it’s your job to figure out how to move it that way.

But of course, blaming others is always easier. Oh well…

P.S. I can’t write this whole article without mentioning the ad for the Christmas Lottery called The Guiris. I think it’s hilarious. But I guess I’m in a sort of minority. What do you think? Is tourism ruining Spain? How about guiri expats like me? Let me know your opinion, right here in the comments. And by all means, enjoy life! Whatever that means for you…