I guess this could be controversial…

But I think New York Burger has the best hamburgers in Madrid.

The burger craze has exploded in Madrid over last few years (just 50 years behind the US, as usual). And suddenly, there are a lot of good burgers to be had around town.

I’ve tried many, not all.

There. I said it.

Recently, I was invited to try their new American Barbecue menu as well.

So off I went, with my beautiful and hungry sidekick La MariMorena, to try the slow-cooked goodness.

The friendly and attractive waitresses quickly brought us plates upon plates of hot, steamy Texan-style barbecue…

Pulled pork tacos, actual beef ribs (which I had never seen in Spain until this week) and brisket.

Here’s a pic of the ribs… 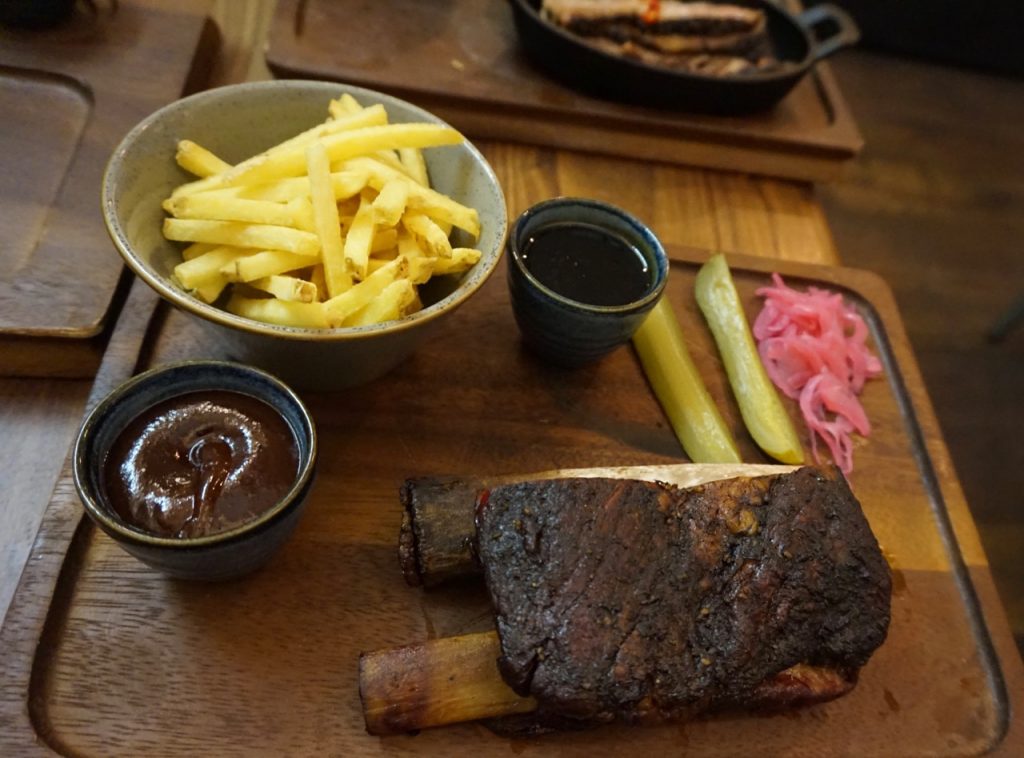 And pardon my terrible food photography.

I think the thing I liked best, though, was the brisket.

Beef brisket is something my mom used to make on special occasions – when she had four hours to slow cook something, we had brisket.

However, the brisket at New York Burger is cooked even longer… and apparently over hot coals of imported American wood.

(I couldn’t resist… fucking sue me.)

In any case, all the beautiful people were there, at Paseo de la Castellana, 89, gorging themselves on delicious American barbecue and drinking Mahou Maestra…

Myself (ruggedly handsome in a lumbersexual sort of way), La MariMorena (exotically beautiful), and a lot of others. I particularly remember the blonde sitting to my right, who looked like an even hotter version of Wrecking Ball Miley.

The whole meal was – if not paleo, at least primal… and totally awesome.

They fill up fast, most days.

P.S. What’s your favorite hamburger in Madrid? How about barbecue? If you think I’m missing something big, let me know in the comments…

P.P.S. New York burger also has Thanksgiving dinner… you know, around Thanksgiving. Check that out if you’d like.