Whether you want to insult someone, express extreme displeasure, or do it doggy-style…

I’ve got an expression for you!

“¡Me cago en tus muertos!” says the guy working at the bank, after 27 minutes ignoring you and another hour trying to get you to go to a different branch.

“¡Que te folle un pez!” says the 98-year-old woman at the bus stop, as she shoves you out of the way to make room for her carrito de la compra.

Or not usually, at least.

But I was often shocked during my past life as some schlub with a job at how often serious corporate types will drop a pair of cojones into their business conversations.

Anyway, try these 10 obscene Spanish expressions on for size – actually, with all the variations, it’s probably more like 30.

And don’t forget to leave your favorites down in the comments.

This one refers to the Host from the Catholic mass, but it’s also a sort of an exclamation meaning “I’m shocked!”

Also, as an exclamation, ¡Hostia, puta! The meaning isn’t much different, and you can’t go wrong adding puta to everything. Or ¡Te voy a dar una hostia! which is more or less “I’m gonna kick your ass”.

It was my karate teacher’s favorite expression, back in the day.

The literal translation: “What a big pussy!”

But it’s not to be taken literally…

Usually you’d use this to say that something is really boring or annoying.

Of course, there are many things you can say with “coño” – the Spanish version of the C-word. Most commonly, it’s used as an exclamation to emphasize what you’re saying.

No me llames más, ¡coño!

I guess you could also technically use it in its literal sense to refer to a part of the female anatomy… or you could use it in the typical Spanish proverb “Tira más un pelo de coño que un carro de bueyes” – a pussy hair can pull more weight than an oxcart. 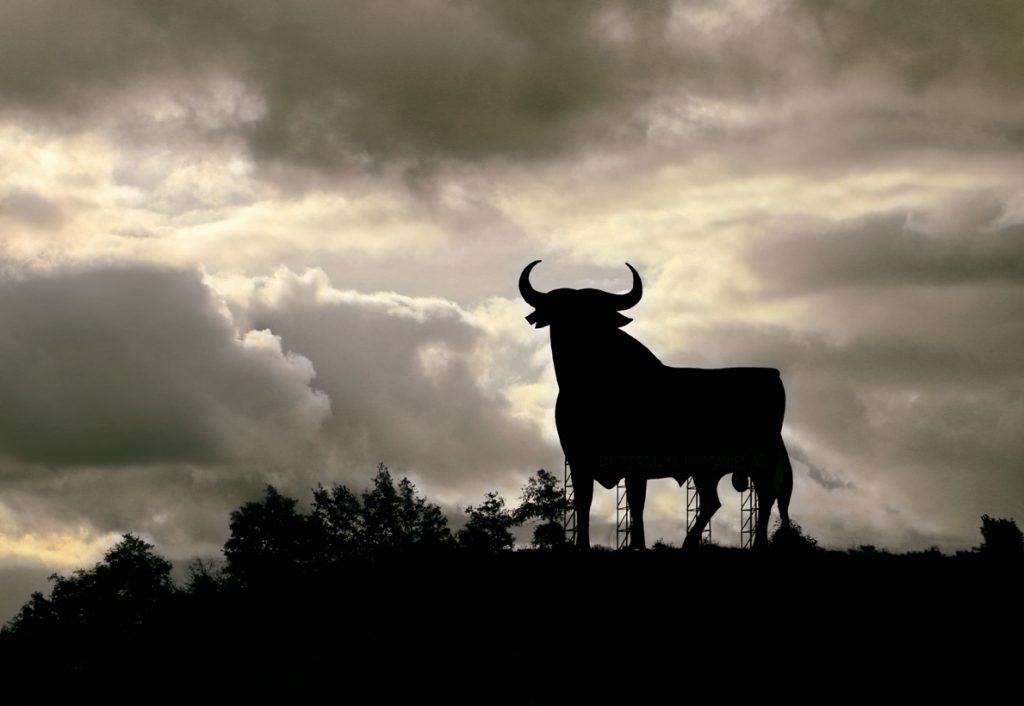 (No Spanish girl has ever used the word coño in my presence except as an exclamation, if memory serves. But maybe some day.)

Speaking of your mom and things she’s never said to me, there’s also…

“Of whore mother”, in Spanish, is actually a positive thing… it means something went really well, or you had a great time.

Q: How was the party last night?

I believe the most important thing there is the proper emphasis on the syllables.

Don’t confuse this expression, in any case, with ¡Su puta madre! which would be more appropriate if you’ve just mashed your thumb with a hammer.

Also, puta isn’t really a good translation for “bitch”, in case you didn’t get the memo.

And don’t forget about…

Me cago en (basically anything)

Spanish people sometimes express frustration with the term “I shit in” (or perhaps on) a variety of things.

You can be creative with this one… it just means you’re not particularly happy about a situation.

Whatever floats your boat.

The theory about its origin is that it refers to the position of Muslims praying towards Mecca – Cuenca being a small Spanish city on a straight line in that general direction.

In that case, though, why wouldn’t you just say “I put her mirando pa’ Meca”?

I’m unconvinced by the explanation – but it’s still a fun thing to say.

Other sexy phrases to trot out on a first date: mojar el churro (moisten your churro, sort of a Spanish equivalent of “hide the salami”) and no comerse ni una rosca (not eat even one donut, a way to say you’re not getting any action.)

And while we’re at it, why not “la puse a veinte uñas”?

I put her on twenty finger / toenails – which is basically the same as mirando pa’ Cuenca without the geographical reference.

The skyline of the city of Cuenca as seen from GR-66. One of my favorite underrated places in Spain.

In any case, you should go to Cuenca. It’s awesome.

Also, if I were a rapper, they’d call me Doggy-Style D. But that’s neither here nor there for this discussion of obscene Spanish expressions.

Continuing on, let’s head for…

Today, we use these expressions to mean that something is very far from town.

There are interesting theories as to the origin of the expression – it possibly came from the tradition of hanging people publicly outside of cities (on “forcas” or gallows). Or maybe there was actually a hotel on the road from Salamanca to Valladolid that was called El Quinto Pino.

As always, I take these etymologies with a grain of salt. A lot of them are total B.S.

Either way, it refers to a miserable place somewhere far beyond Tres Cantos… Maybe around El Molar or something.

These both mean “go fuck yourself”, although the literal translations are more like “go to the shit” or “go get assfucked”.

I remember seeing an expression in a dictionary decades ago that amounted to “go fry asparagus” – I assume it was a toned-down version of these bad boys.

Remember several sentences ago when we were saying “la quinta puñeta” meant somewhere really far away? Well, you can also say “I live a tomar por culo” with the same meaning. It’s like calling a place “buttfuck”.

Incidentally, I grew up in buttfuck myself, so I can say these things (with no offense to sodomites).

Please, say it in Spanglish. These things enrich the language.

Next time you’re in a meeting with your boss at the language school, tell him “You don’t really expect me to go to a tomar por culo at 8 AM, do you?”

Maybe we’ll get it in the OED sooner or later…

Another good one: I hope you get fucked by a swordfish!

I guess the subjunctive could be translated as “I hope” in this case. Maybe, if you preferred, you could translate it as “If only a swordfish would fuck you!”

Either way it sounds painful and unlikely. (But if you wanna get all Led Zeppelin on Friday night, call me. I hear there’s plenty of things you can do with a few fresh fish and a consenting partner – or blog groupie.)

In any case, it being a swordfish is sort of optional – take out the “espada” and you’ve still got a painful and embarrassing sexual situation with some other kind of fish.

The only limit is your imagination…

They both mean “I’m drunk” – pedo is fart and trompa is an elephant’s trunk. So I’m not sure why they say it like this.

Which of course leads to the question: why is throwing roof tiles (“tirar los tejos”) at someone considered to be seductive?

But that’s what all the kids are saying these days.

It’s as important (to me) as three testicles – meaning it’s not at all important.

Questions that keep me up at night…

“Pimiento” is a pepper. And I just had to look up “bledo” – it’s apparently a sort of bush that I’ve never seen.

One of my favorite Spanish expressions is a variation on this: “Me lo paso por el forro de los cojones.”

Literally: “I pass it through the lining of my balls.”

Makes no sense, but whatever. (Can I buy a nice ball-liner at Zara Man, perhaps?)

About those obscene Spanish expressions…

I hope you liked this article – it was pretty fun to write.

And like I said, these sort of expressions are a lot more common than you might expect.

What are your favorite Spanish expressions? Obscene or otherwise – let me know right here in the comments!

P.S.  Seems I’ve created quite a stir on some expat Facebook groups lately with some of my generalizations. Any time somebody sees one of my articles online and just assumes (for no reason whatsoever) that I don’t speak Spanish I just wanna whip them with my C2-level certificate from Instituto Cervantes and tell them that I cago on their puta madre… ¡Hostia! Now I can point those hopeless wastes of oxygen to this article, too. Not that it’ll help. Trolls gonna troll.

P.P.S. Wonderful reader Julio has pointed out that “tirar los tejos”, mentioned above, refers to a children’s game, and he’s right. I was thinking it was the same as “tejas” all this time. And I was wrong. Thanks for clarifying, Julio!

P.P.P.S. Got any favorite obscene Spanish expressions of your own? Drop ’em in the comments… I’m happy to learn from you!