A small city in the Cádiz province.

In one word: windy.

But if I get two words, I’ll take “dilapidated” also.

On my first day I get an email from a reader saying “I hope you enjoy the city! Wind’s coming in from the west today…”

What a quaint custom, I think, to talk about the direction of the wind.

The next day I meet up with Maria, principal of a local elementary school and fan of my videos. She says the same thing, and I ask why.

So she draws a diagram of the area between Cádiz and Málaga, with the peninsula in between. When the wind comes from the west, she says, it’s cooler because it’s coming off the Atlantic. Wind from the east – viento de Levante – is hot because it comes off the land.

And that night it begins.

By the second morning, it’s like a scene from the zombie apocalypse. The few survivors who dare to venture outside keep their heads down, not wanting to see the horror around them.

The sand dunes have invaded the streets and sidewalks. The sky is a brown haze. The palm trees bend nearly to breaking, and my eyes fill up with sand every time I leave the hotel. 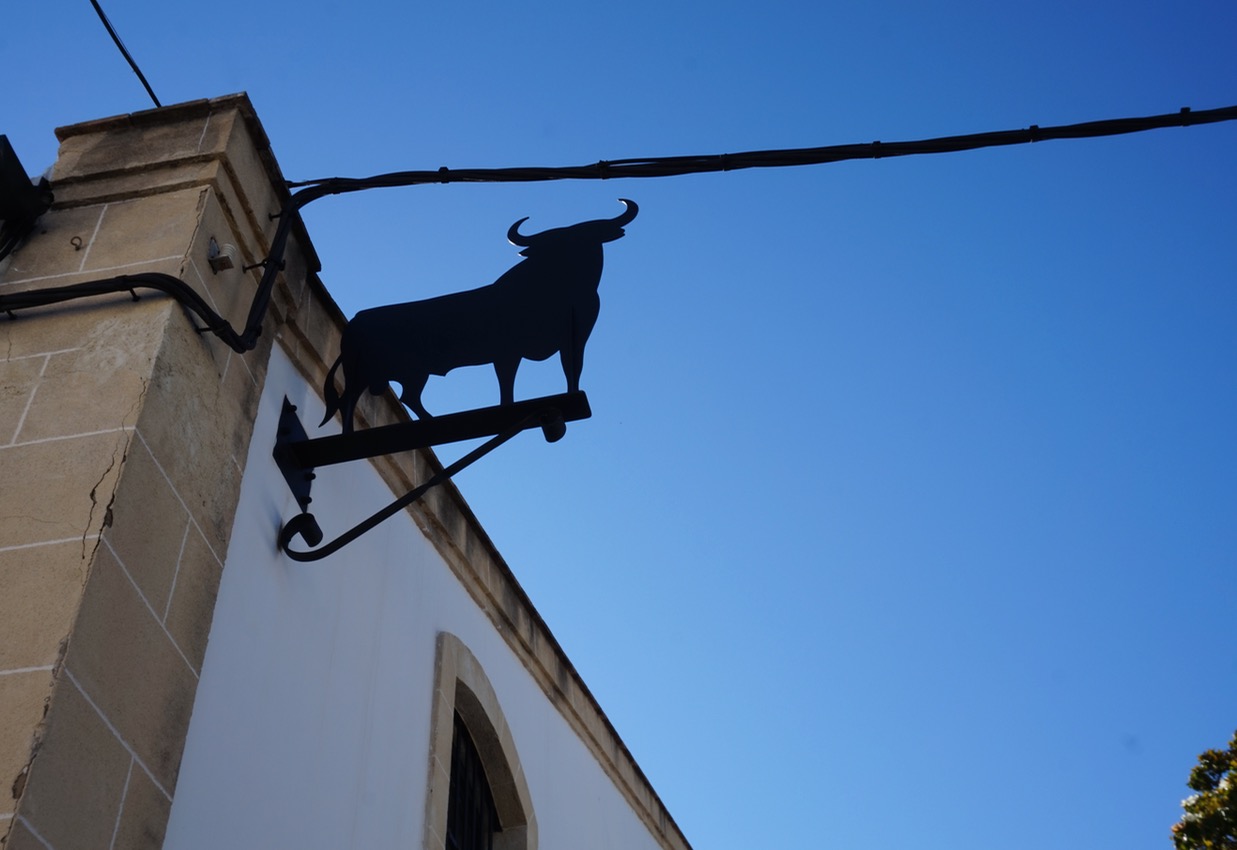 Anyway, not much to do about it.

The next day it’s stopped, and it’s a beautiful day.

As far as I can tell, Puerto de Santa Maria is mostly famous for bullfighting and sherry.

You’ve never really seen a bullfight, they say, unless you’ve seen one in el Puerto.

But I have drunk plenty of sherry.

The bodegas where they make sherry are huge and they’re everywhere. A lot of them seem to be abandoned. I guess they’ve moved production to more modern factories outside town…

Or sherry’s not as popular as it used to be.

In any case, the Osborne family has its name on everything.

Their bull is probably the most famous ad campaign in the history of Spain – they still dot the Spanish countryside as imposing black highway billboards.

Other things to see are the castle – Castillo de San Marcos – which was built by Alfonso X in the 13th century. 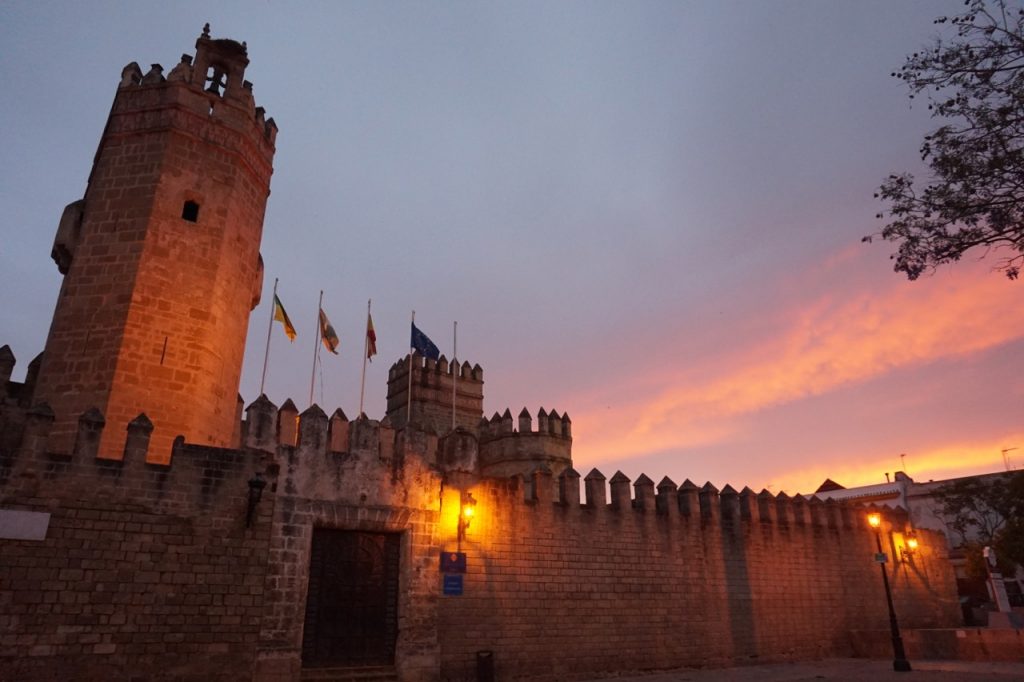 I guess it would be an exaggeration to say “built by Alfonso X”. We can assume that Spain’s only king to ever be nicknamed “the Wise” didn’t spend a lot of time lifting blocks of stone personally.

But that’s the common parlance, and I’m sticking to it.

I’ve been eating superhuman quantities of pescaíto frito (mixed fish fry) and there are also tortillas de camarones – a sort of biscuit made with tiny shrimp. I hesitate to call it an omelette. It’s crispy and delicious.

Snails also seem popular, both the caracoles kind and the cabrillas kind.

Caracoles are sold fresh and still crawling around by street vendors. I assume the locals cook them, rather than just eating escargot like popcorn on a walk around town.

Cabrillas are smaller and sold from large sacks.

The day before the wind started, I had to walk about 40 minutes across town in the hot sun. Instead of just baking, I decided to make a game out of it.

A pub crawl game, in which I had a beer in every bar that was open.

Luckily for my liver, a lot of them were closing for the siesta. But I certainly got some local color.

As well as completely drunk… 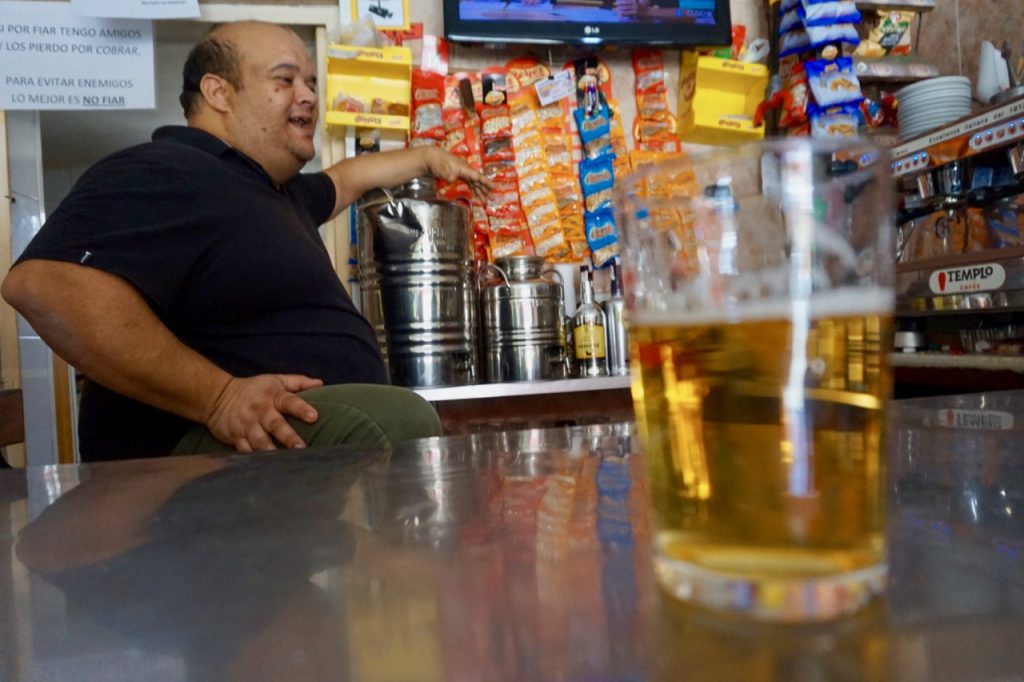 Cerveza Cruzcampo. Official slogan: it’s not as bad as people from Madrid say it is.

All in all, I’m enjoying Puerto de Santa Maria and Cádiz across the bay. (Cadiz will have to be another article.)

It’s nice. Relaxing. Falling to pieces in a lot of spots, and well-kept in others.

With the heat, the sand storms, the minimal public transportation and the repetitive Andalusian architecture, it actually reminds me of…

If I had to choose a favorite spot in Southern Spain, I’d take Málaga… but then again, Málaga’s all kinds of touristy and significantly more expensive.

And I suppose the old buildings and peeling paint are part of the charm.

What do you think? Any favorite towns in the south of Spain?

Hit me up, right here in the comments.

P.S. My only Notorious BIG reference for the day is the word escargot, as in “I can fill ya with real millionaire shit, escargot, my car go 160 swiftly.” Maybe in Brooklyn only millionaires eat snails, but hey. We ain’t in Brooklyn, dawg. (I’m trying to make at least one gangsta rap reference in each article these days, in case you haven’t noticed…)