I hardly ever review restaurants on here. But today I wanted to talk about L’Artisan Furansu Kitchen – one of my new favorite restaurants in Madrid.

I first went to L’Artisan about a year ago, on the invitation of some friends.

We sat downstairs, in the red brick “caves” some old Madrid buildings have, and we ate stingray risotto and duck confit.

I wasn’t aware that stingray was considered a food, but I’ll try anything once… it was awesome!

Since then, I’ve been back several times for the menú del día, and I’ve met Stephane Shoji, the local celebrity chef who’s responsible for the whole thing.

The menu changes every day, and it’s all excellent. But the most impressive thing for me is Stephane’s work ethic.

After closing the kitchen at 4:30 PM – after the lunch rush – he rides his bike to the local Asian market to pick up ingredients for dinner. 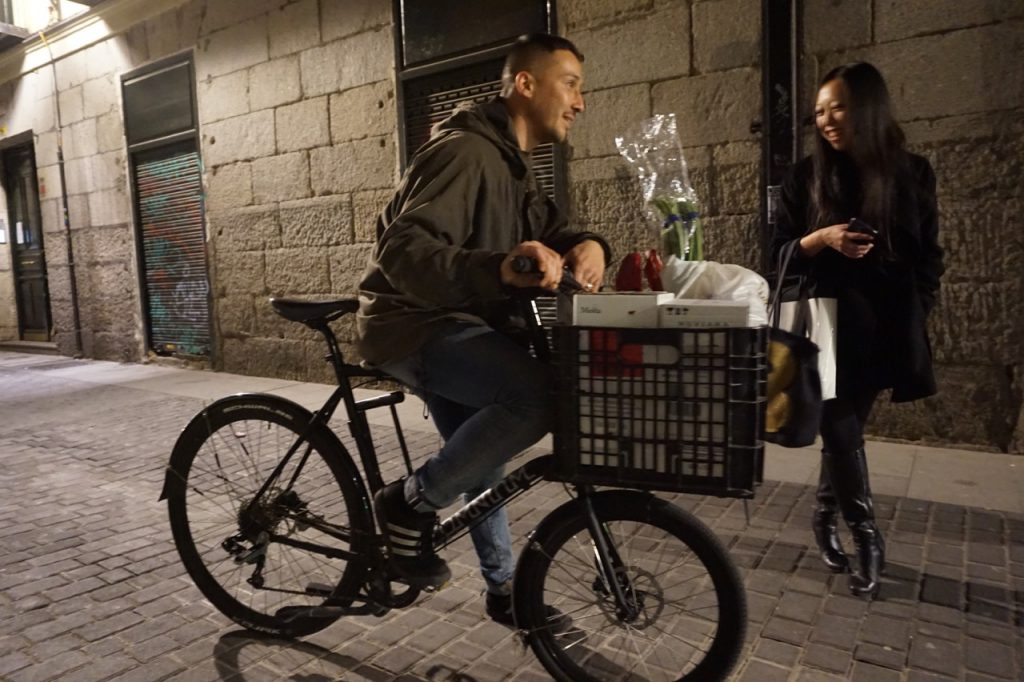 Stephane Shoji, the owner of L’Artisan, getting ready to make dinner.

Born in Paris, and living in both Tokyo and Athens before moving to Madrid, Stephane is the real deal. In conversation, he talks about shokunin, the Japanese concept of craftsmanship and the search for perfection.

The food at L’Artisan Furansu Kitchen

And the food is as close to perfect as you’re likely to find – the ceviche is baller, as is the risotto, the makis, the desserts… Everything I’ve tried, really.

And another thing I like: it’s not fusion. There’s the Japanese menu, and the French menu. They’re side by side. But they don’t mix.

If you want something extra cool, try the shōchū – a liquor made from sweet potato. 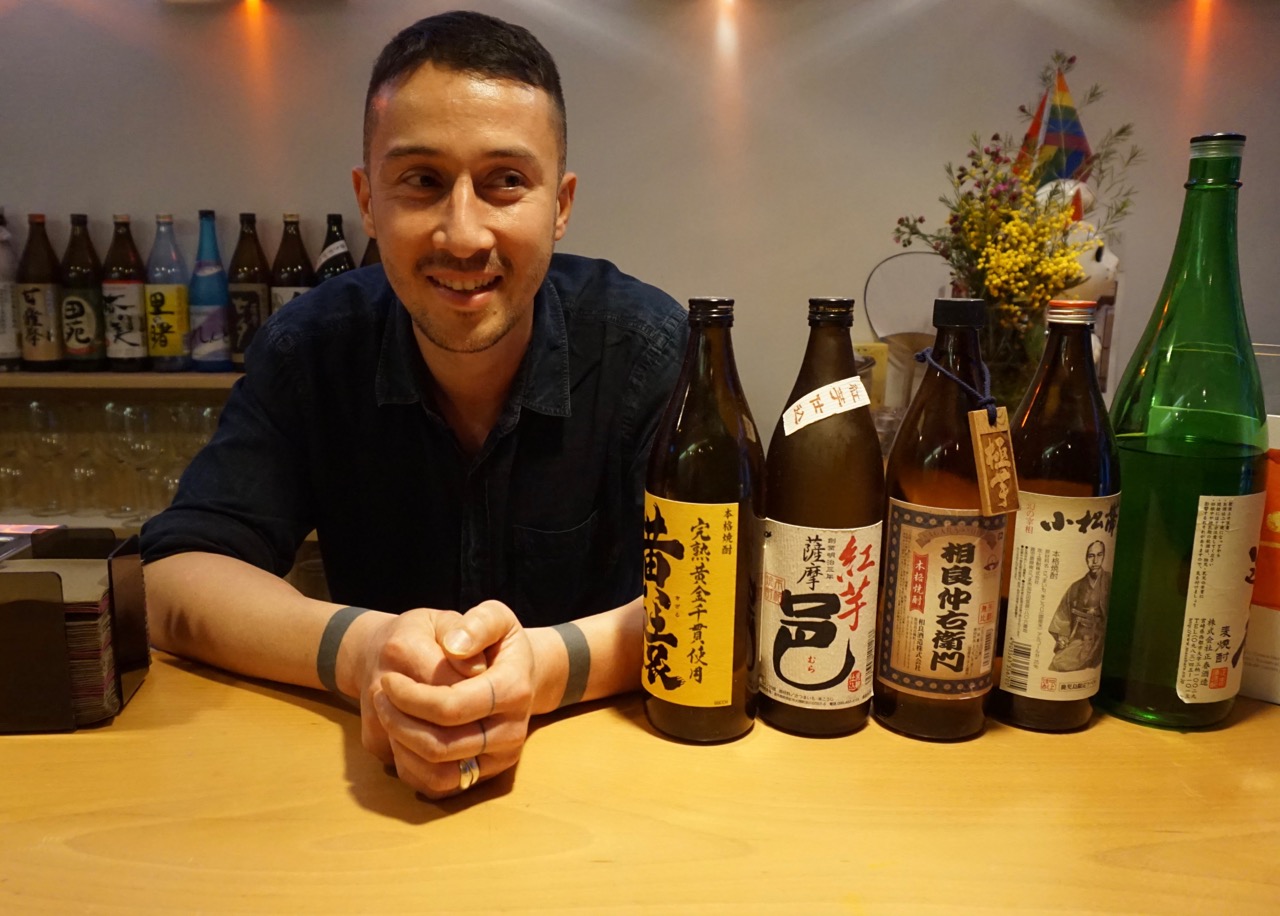 Stephane and his bottles of Shōchū – brought over from Japan in his suitcase, apparently. It’s generally unavailable in Spain.

I really enjoy stories like Stephane’s because they give me hope. The economy in Spain isn’t great… And don’t even get me started on the salaries.

But if you have talent and don’t mind some hard work, you can certainly do something cool.

If you’re going to start a restaurant, food is something you have to be really passionate about. And hard work. And attention to detail. Shokunin, in other words.

Anthony Bourdain’s book Kitchen Confidential explains that it’s a special kind of person who starts a restaurant. And I’m not one of those people – as much as I use cooking as an outlet for my creativity (or as part of my procrastination strategy).

Sorry to everyone who has ever suggested I go to culinary school or open a restaurant. But I like my bloggers’ schedule, thanks!

Here’s some of the food. I’m not the world’s greatest food photographer. But hey. Macro mode helps…

So, there you have it.

Anyway, I could go on and on about Asian food…

It’s been one of my obsessions, ever since a few years ago, when the level of Asian food in Madrid suddenly jumped.

I’m loving the “new Madrid” for varios reasons… and that’s probably gonna be my next article.

Asian food is just one reason… And something in me dies every time someone gives me a knowing glance and says “You like Asian food? Then you must love that one Chinese place in the parking garage under Plaza España”.

No, I don’t really love that place.

I’m sorry. But I’ve had better.

Anyway, for more food, check out Dear Spain: Please Stop Ruining International Cuisine, or if you prefer Embracing the Sprunch or My 10 Favorite Spanish Foods.

P.S. The name L’Artisan refers (obviously) to artisans – and Furansu is the Japanese word for “French”. Fun stuff.

P.P.S. Remind me to actually make time for the documentary Jiro Dreams of Sushi. I’ve been hearing how great it is for probably 5 years now.