The shocking secret about my 2017 plans – Revealed!

On the personal side, not the best… but far from being the worst.

Actually, on several occasions, it made me think, “This is hard. And it sucks. But when I come out the other side, I’m going to be a stronger person because of it.”

On the plus side, I got through the whole thing with no boss, no schedule, and no students. I made it work as a writer, blogger and YouTube guy. All damn year.

That’s pretty impressive, to me.

I also travelled a lot: Edinburgh, London, Gran Canaria, Berlin, and The Pyrenees, Málaga and more.

And I was productive beyond anything I imagined myself capable of. I wrote about 7 ebooks, quite a number of blog posts, and I made some pretty sweet videos.

The last three months of the year I even made a video every day for YouTube.

The plan was to do a 30 day challenge – and 92 days later, here we are. Today I hypnotized people.

Fame and fortune here I come…

But in fact, one of the most interesting things that happened this year is an opportunity that came to me through this blog.

I haven’t mentioned this before now. But a few months ago, I started writing for Lonely Planet.

And they found me right here, on the Chorizo Chronicles.

It’s interesting, going around and reviewing places. It’s forced me to step my photography game up as well, which is a lot of fun.

But the most interesting thing of all is this:

Back when I was a young college dropout, who only wanted to do two things in life (write and travel) – contributing to Lonely Planet was the coolest job I could imagine.

Of course, I never applied.

They never would have hired me.

I never would have hired me either. No qualifications, no portfolio, minimal travel experience, little actual writing experience except for research papers and bad teenage poetry.

Somebody out there stumbled upon my blog – the blog I figured would actually prevent me from ever having a job again – and bam!

Suddenly I’m a real writer, with a contract and stuff.

I have an editor, a style guide, deadlines… the works.

Fun times! And quite a departure for a proudly self-published guy like myself.

Welcome to the real world, my little droogie

Excerpt from the LP style guide: “Avoid using the word Mecca – unless referring to actual Mecca.”

Excerpt from the Chorizo Chronicles, about 4 years ago, in an article entitled Big Publishing, Kiss Your Ass Goodbye:

“But,” I hear you saying, “I’m a real writer. I need some giant corporation to tell me I have talent. How will I develop a sense of self-worth without a big publishing company telling me that my writing is good enough to be published?”

Well, what can I say?

At heart I’m a mercenary.

And no big publishing company had ever offered me money before. 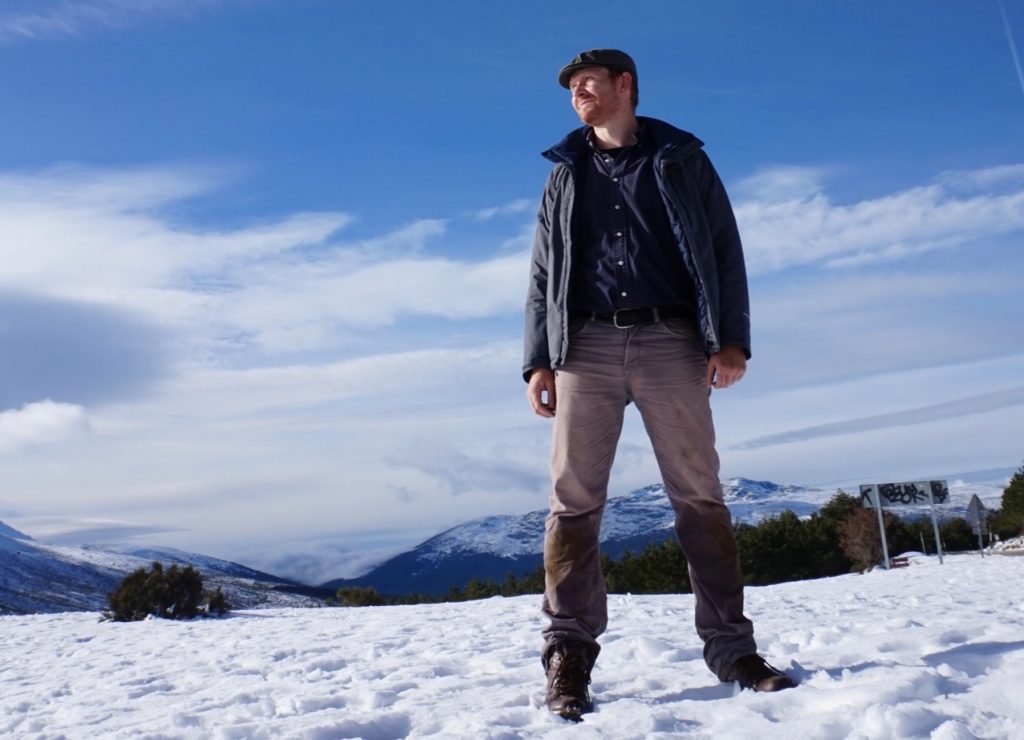 Puerto de la Morcuera, in the north of the Comunidad de Madrid. This mountain almost killed me (and not for the first time) but it was worth it to go up there.

All of this begs the question…

This puts me in a sort of interesting situation.

When I was younger, I imagined that people would reach their 30s and just be disappointed with everything.

This was about the point in my life when I thought I’d be looking around and thinking, “Wow. I used to have big dreams. Stuff I wanted to do… And then I wasted 15 years doing none of it.”

That’s just what it seemed like life had in store for me: finish college, spend the next 10 years paying off your student loans and working at some terrible job. Get a mortgage to ensure you’ll be a slave to debt forever.

The American Dream, in other words.

It was the only life plan anyone ever presented to me.

But I failed miserably at the American Dream, and accidentally stumbled onto something I like better.

I’ve spent a decade living in Europe, visited a couple dozen countries (and a lot of Spanish towns), fallen in love with beautiful girls with foreign accents, “made it” as a professional writer…

And then I got what was once my dream job. A dream job so seemingly unattainable I had forgotten all about it.

I’m in my 30s and have no complaints. I’ve achieved everything that 20-year-old me wanted to do but thought was impossible. 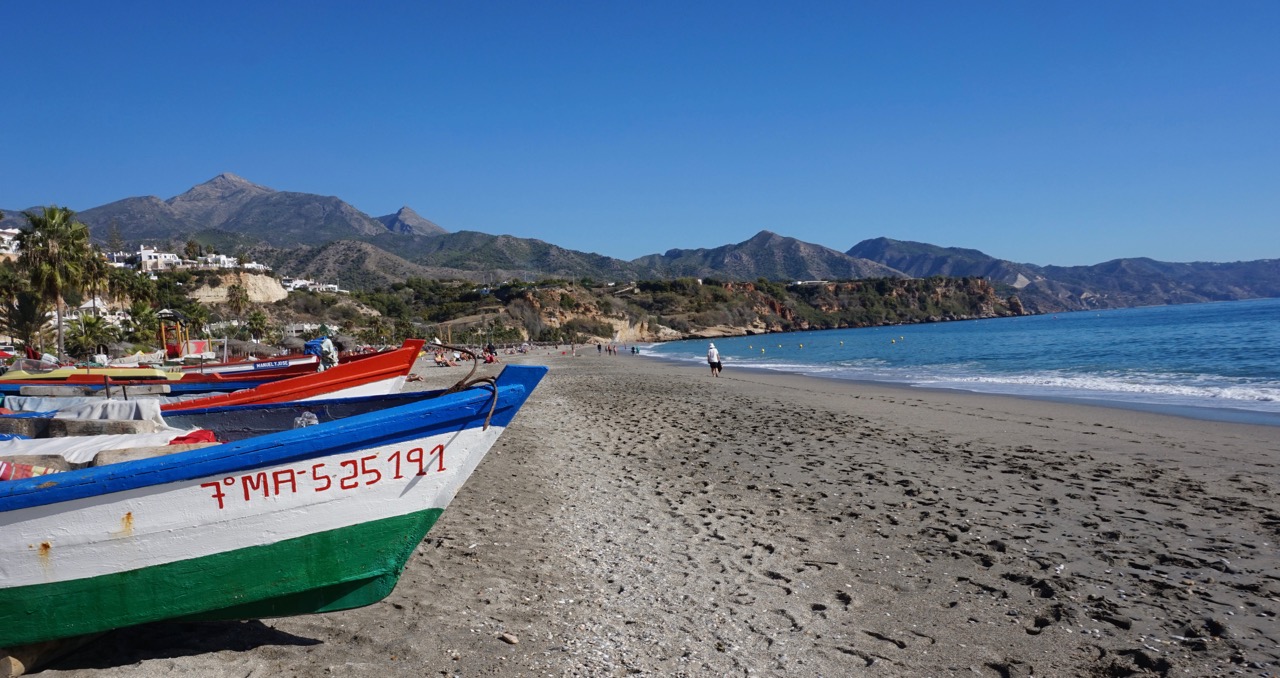 Boats on the beach in Nerja, Andalucia – a trip I took a couple of months ago.

So now what do I do?

If only I knew…

Just trust the process, I guess. Keep doing what I’ve been doing. And at the same time, keep learning – so next year I can do it better.

One of my main beliefs as a writer (and one of the main pieces of advice I give aspiring wordsmiths) is that the most important thing is just to sit down and do it, day in and day out.

And that’s mostly what I’ve been doing here and on my other sites.

Writing a thousand or two thousand words a day, and hoping for the best. Trusting the process, and playing the long game.

If you write a million words (and by this point I have) you’ll get better.

I feel incredibly lucky to be able to make a living from creating things – about half of what I do doesn’t seem like work at all. (The other half totally seems like work, but whatevs. Can’t win ’em all.)

I also want to get back to the book-a-week challenge. I kinda dropped the ball on that one a couple of months ago. Probably my video-a-day challenge is to some extent at fault. Anyway…

I want to keep travelling.

I know that most of that is hopelessly ambiguous, and I’m sorry. (As a guy who’s written a dozen articles on goal setting, it’s even worse.)

But hey. It’s January 3rd and it’s time to dream.

I can get back to making specific plans and checking things off of to do lists next week. After Spain’s never-ending holiday season comes to an end.

P.S. Any ideas about what I should do with my life, now that I’ve achieved all of my younger self’s biggest goals? Let me know right here in the comments!

P.P.S. Actually, next week I’ll be in Alicante. Location independence for the win!

P.P.P.S. Occasionally, some troll will see me write a paragraph consisting of one short sentence – or maybe just one word – and totally lose their shit. But now that I’ve got a large publishing company to back me up, I’ll feel even better about ignoring everything I learned in high school English class. Later, trollz!