Getting a haircut in a second language is a game of roulette:  either your head is miraculously left intact, or you leave looking like an anime character. During Spanish class at my college in Arkansas, we had learned how to ask directions to the peluquería. I just had no idea what to say once I actually walked inside one.

Many of my Madrid months have been spent sporting cartoonish hairstyles, particularly where bangs are concerned. This is partly my fault: my low-maintenance mantra doesn’t jive well with beauty institutions. I’m not fond of shelling out money for someone to wave sharp objects around my face while insulting my lack of style by pushing for the latest fads. Or could it be that I simply lacked the vocabulary necessary to leave the salon looking like a vixen? 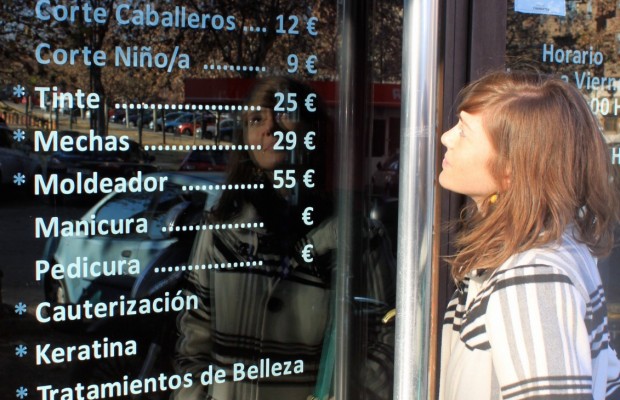 The issues of language, as well as Madrid prices, made finding a hairdresser daunting. As I fielded suggestions from those who had already forayed into the arena, most conversations ended in, “45 Euros–and they didn’t even wash it?!”

I was appalled when I heard how much was paid, and where. Barrio Salamanca springs to mind for window-shopping or checking out holiday lights, but it was not on my radar when it came to personal grooming. My home state in the US consistently makes the “Top Ten Cheapest Places to Live” list, and sending money to my Spanish landlord still felt like ransom. I wondered how much people in even more expensive cities like London or Tokyo paid for this service. Did teachers there measure the cost in terms of private lesson fees, like I did?

Since I wasn’t in favor of trading my first born for a haircut, I sought out an alternative. I ended up at a corner of Madrid’s Conde Duque neighborhood that had yet to be touched by the gin and tonic craze. All of the older women in the barrio congregated at this hair salon, and I soaked up their daily drama. Pretending to be absorbed by the celeb magazines, I listened to gossip about who was sick, where to buy superior house shoes, and itemized lists of the day’s lunch menu.

Even though the clientele was older, the hairdresser assigned to my case was a young woman who was no more than 25. We bonded over the fact that her name was Sandra—it was similar to my own, Cassandra. The first visit wasn’t so bad.

I saved the phone number of the Conde Duque hair dresser in my phone, where it stayed for the next three years. Most visits mirrored the first; I’d show up, wait in the giant chair with the blow-drying helmet, and think about how I would word my requests. Sandra would motion me over to cut my hair. She seemed accustomed to my foreignness by now. Even though the small staff knew my name, I wondered if they penciled me in as “Guiri” whenever I called.

We would chat sometimes, but the conversation never went anywhere; Sandra would inevitably engage a fellow coworker in conversation. I tried to lean back and enjoy the experience, almost as if it were happening around me and not to me. First came the wash, rinse, and a brief toweling-down. Next, I was moved to an upright chair in front of a mirror studded with movie-star dressing room lights. A crinkly black cape was fitted around my neck to collect any trimmings. Gossip, either in hushed whispers or cackling laughter, passed between those waiting and the women wielding the shears. All in all, it was remarkably like any hair salon I had been to in the US.

Only at the end of the exchange would Sandra speak to me directly. Since we were about the same age, she assumed that our tastes were similar. Without fail, she always hinted, “Don’t you want your bangs just a teeeeeensy bit more modernillo? Like mine?” And every time, I tried not to shudder at the thought of having bangs that were barely an inch long.

“So…I’d like my hair cut a little longer in the front and a bit shorter in the back.”

This, along with moving my arms in circles, got the point across. Or maybe it was the photo I’d brought along as a last-ditch safety net. No matter how long I have lived in Madrid, going to the hairdresser is certainly one case in which horribly butchered conjugations can lead to an equally hideous head of hair.

It had been a few months since moving to a new neighborhood, and the time had come to find a new peluquería. It felt just as daunting as the first time around. I preferred not to return to my old hair dresser; she and I had had a falling out. I knew this because she had forgotten my name, referring to me simply as “Sandra.” 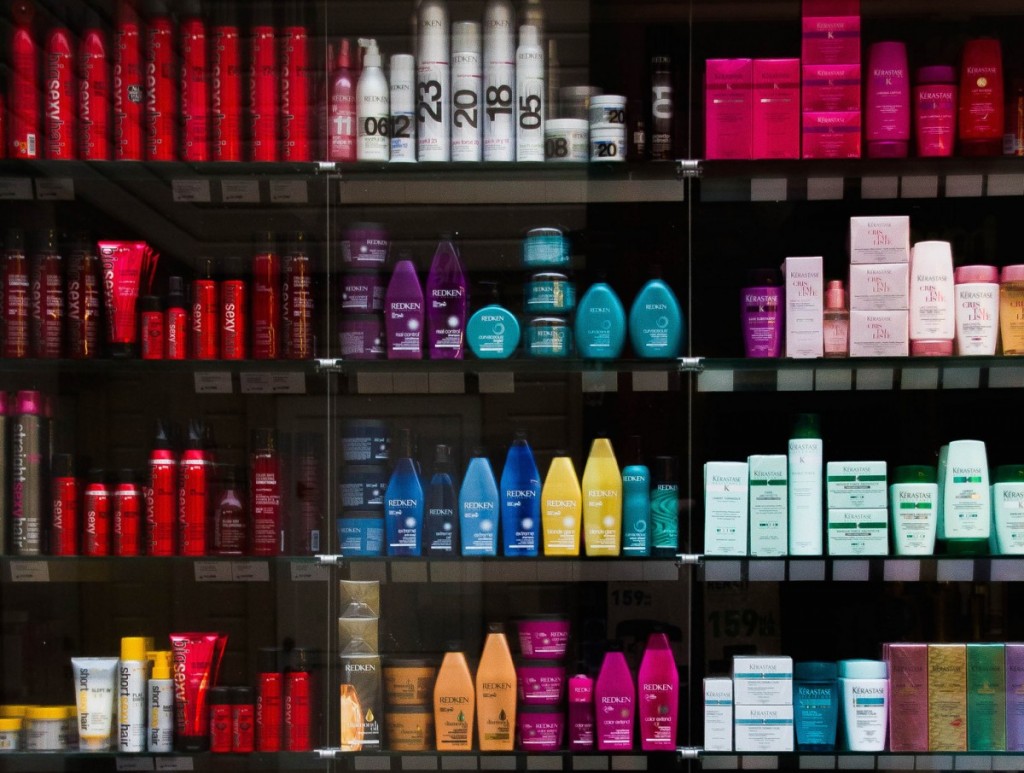 I’d been keeping an eye out for hair salons for a rainy day, of course. In the end I went with Madison Avenue because the name exuded a wistful hopefulness that appealed to me. As someone who had ventured off into a new corner of the globe, this hope—in the shape of artful reinvention, of course—was something I found relatable.

Madison Avenue wasn’t much different from the previous hair salon I’d frequented in Conde Duque.  There were the same fashion mags to paw through, the same music videos dancing across the TV, and the abrasive funk of weekly chemical treatments that plagues this business the world over. I imagined that Sandra and my new stylist had even trained at the same school.

“Claro. You want a corte nube.” My new hairdresser (name: unknown) was using the tone reserved for a pop culture reference that someone is too ignorant to grasp. I resented this encounter already. And–a cloud cut? The image that floated across my mind reminded me of why I was hesitant to seek out a new hairdresser in the first place.

I sighed, knowing that I would leave looking like an anime character, claro. However, I found some solace in knowing that I had only paid 15 Euros to do so. How people in Tokyo are able to pay so much for a haircut, I’ll never know. I take heart in imagining that foreigners anywhere and everywhere  are united when they walk out of a hair salon looking a bit more like an anime character.

Cassandra Gambill visited Madrid for a weekend in 2007 and thought, “Hey, I could live here!” In 2010 she came back with a suitcase and has been doing just that ever since. She enjoys Spanish idioms, tortilla, paseos, and vino tinto (but not necessarily in that order). See more of her writing at Gee, Cassandra