So we were all wrong about Donald Trump

Something big has happened in the US.

And I’m not sure exactly what it is.

Donald Trump got elected. I’m a bit shocked. And I’m certainly not the only one.

(Most of my friends are shitting themselves.)

Well, I was hoping it wouldn’t come to this, but now we’ll finally get to find out if old DT is actually evil, or if he’s just annoying.

Either way, it’s going to be an interesting few years.

What can we make of this shocking new panorama?

Attention liberals: the world hasn’t ended. Cheer the fuck up, cause tomorrow’s another day.

Also… What, are you too young to remember Bush? We’ve had republican presidents before.

America (although I somewhat disagree with calling the country that, when America is basically the whole hemisphere) wasn’t built by whiners posting on Facebook about how dumb it is that their candidate didn’t win. 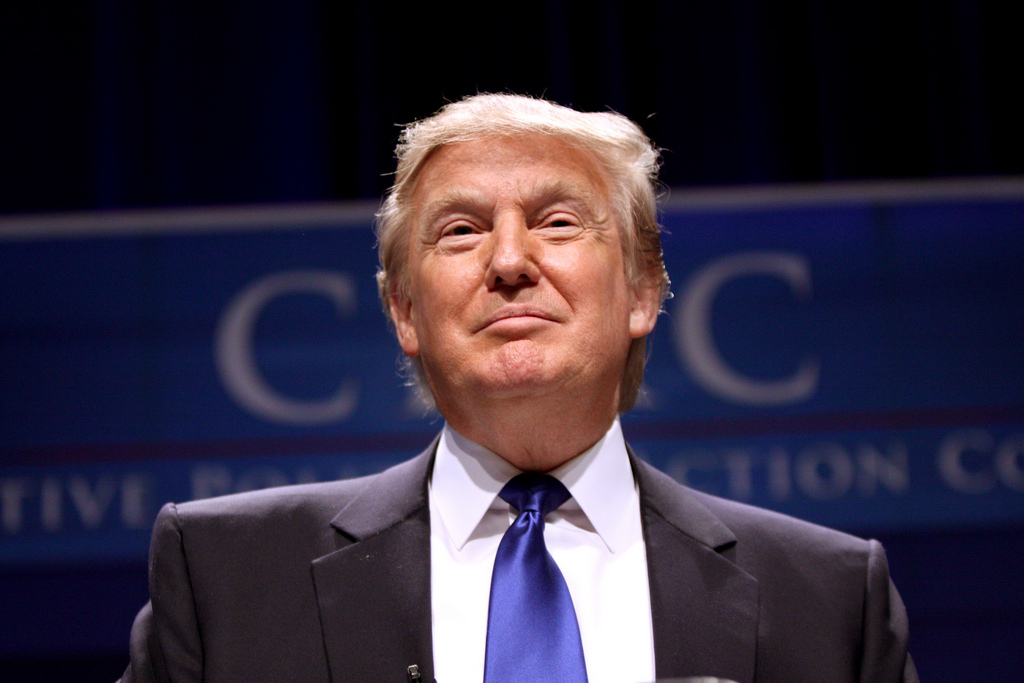 (Well, technically, there’s a lot of “one things” we could say about Trump. And maybe that’s not the first that pops into my head. But oh well. He took on the whole political establishment and won. Gotta respect those cojones, if nothing else. I’d rather be flayed alive like some second century Christian martyr than go on campaign for any political office. Fuck that shit.)

Your opinions mean next to nothing. What matters are your actions.

Now get the fuck out there and ACT.

The other thing we can get out of this is…

Listen. I don’t talk about this much, but I’m a Buddhist.

And Buddhists don’t just go around labelling everything good and bad. Overcoming the good / bad dichotomy (and other dualities) is one of the main ideas of Buddhism.

It’s easy to say this is a bad thing.

And it’s easy to say “I’m right about this and everybody who disagrees with me is an idiot!”

I’ve caught myself thinking it.

But what if that wasn’t true?

I mean, it might be true. The less Buddhist side of me suspects it’s true.

But let’s do the thought experiment.

What if it wasn’t?

Hill Dawg and the Donald both got about 47% of the popular vote (and the electoral college is still bullshit for over-representing those big square states. I’m from one of them, and believe me: I’d love to see my state less represented in US politics. Goddamn.)

So what if the people who voted for Donald Trump were actually decent folks, just like you and me, who are genuinely concerned for the future of the country and for some reason thought Trump would be a better option?

We’re talking about 60 million people who voted for each, basically.

Maybe they had (seemingly) good reasons.

So, what are the other possible reasons to vote for the guy?

I guess I could find a couple of ugly ones, maybe.

But really, I think he just did a better job of talking to the common people. The whole “make America great again” thing is a compelling narrative.

I’ve known Trump’s slogan for about a year now.

And I just had to google Hillary’s. The day after the election, and I still don’t know what exactly she was supposed to be representing.

Turns out she had two slogans: Stronger together, and I’m with her.

Both of which suck compared to “Make America Great Again”.

The moist robot hypothesis takes over the US

It’s pretty clear to me that most people make most decisions based on emotion much more than actually evaluating the facts.

Read the book Influence by Robert Cialdini if you really want to know.

It’s even clear that in my case, I didn’t make any sort of rational decision to vote for Hillary. I decided, around age 12, that the democrats were more reasonable people – despite their faults.

And I’ve voted democrat in 4 consecutive elections, without ever giving it much further thought. That’s consistency, and it’s chapter 2 in Cialdini’s book.

I understand that politics isn’t about people like me. It’s about a few undecideds in swing states, who will change their voting decisions based on who kisses more babies in the week before the election.

Given that basically nobody except Scott Adams actually predicted Trump would win in the last year, I’m going to say that kissing more babies in the swing states is about as good a deciding factor as any that the “pundits” could come up with.

And while it’s probably not how you’re used to thinking about the world, it certainly seems applicable in more cases than I’d like to admit.

And finally, the big disclaimer

I should mention at this point that I don’t really know any Trump supporters.

And that probably many people who only sort of know me assume that I am, myself, a fan of the Trumpinator… just cause I’m not nearly PC enough to fit in with a liberal crowd.

Actually, as a white male with no college degree, the New York Times has pretty much assured me that I’m a Trump supporter… around a thousand times, at last count.

Basically every time I open up the ol’ NYT (fuck ’em) I’m reminded that guys like me are supposed to be pissed-off, assault-rifle-toting Trump supporters.

(Where are the exit polls for entrepreneurial expat Buddhists? That’s what I wanna know.)

So maybe Trump supporters are mostly stereotypical bumpkins who managed to vote on their day off from scraping roadkill off a country highway.

But here’s the thing: Hill dawg didn’t manage to swing the important swing states. And finding 2% more rational people in North Carolina must not be impossible.

She tried, and failed.

I think as democrats or whatever we are, it’s time to admit to ourselves that either the strategy sucked, or that “middle America” has worries that just weren’t being addressed by establishment politics.

And maybe it’s time to take them seriously.

“They’re morons!” might make you feel a bit better as you cry yourself to sleep tonight, but it’s too simplistic, and totally played out.

We’re all Americans together, and it’s time to start acting like it.

P.S. What do you think? I’ll accept any opinion except “they’re morons / sexist / racist / some kinda bigot”. I think it’s time to move beyond that. And anyway, anger is barely productive. If you’re angry, get active. It’s what Hill Dawg would want you to do. And Buddha too.

P.P.S. More than a year later, people are still freaking out about old T-Dawg. Here’s my new article about the whole issue of pro- vs anti-.

How to Piss Off a Stalinist – a brief, no-nonsense guide to politics in 2022

Election 2020: “Stupid People from the Middle of Nowhere”