The old Madrid is going fast. And are we really going to miss it?

Let’s be honest. Maybe, or maybe not.

Last spring, we lost another historical landmark when Café Comercial closed. Like everyone else, I was heartbroken, for about two minutes.

Then I started to think: is it really such a big loss?

Later that evening, still thinking, I went out with some friends.

Where did we go? To a more modern place, with real design, a younger staff, and a younger crowd. And (this is the best part)… Decent prices.

You know. One of those places.

One of the thousands of places in our beautiful city that isn’t a hundred years old, and that doesn’t need to be.

Of course, that night, we talked about Café Comercial. And my friend put it perfectly.

She said, “Yeah, it’s a tragedy. But then again, when was the last time you actually went to Café Comercial?” 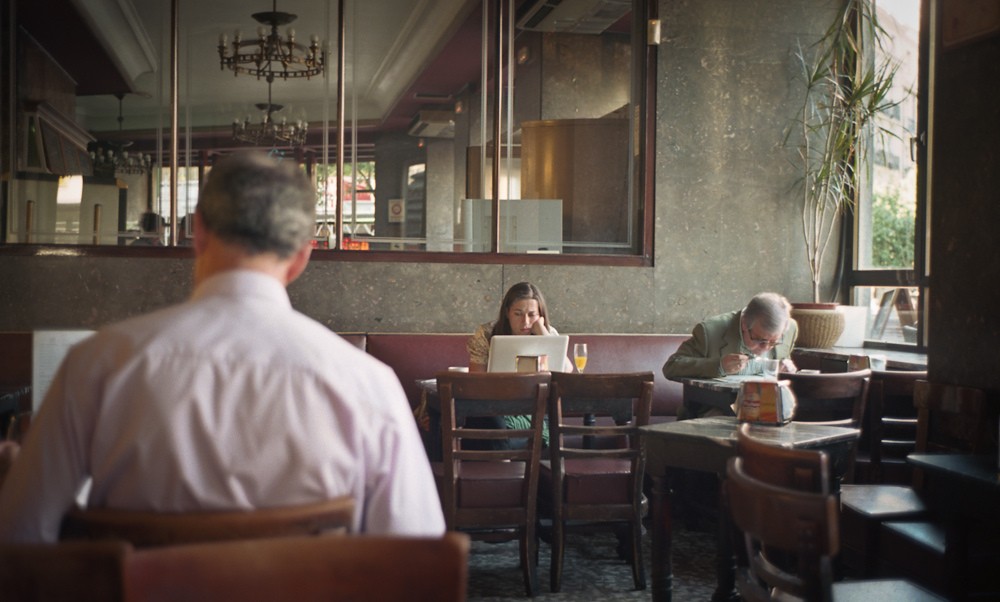 Well, she’s right. The last time I actually went was… Around five years ago. And the time before that was probably ten years ago, in 2006 or so. Searching the deepest recesses of my memory, I think I went to Café Comercial a total of two or perhaps three times, in the eleven years I lived in Madrid before it closed.

Well, because there are other cafés. Cheaper cafés, with better design, and a friendly staff.

Why go to a place with angry white-haired waiters if they’re just going to charge you double what you’d pay somewhere else?

Why pay more for history, when we’re in a vibrant capital city, with newer, better places opening every day?

To each his own… But as long as we’re on the topic, let me tell you about the other “classic” places in Madrid I hardly ever go to.

Okay, so the romantic playwrights of the 19th century used to hang out there. Like what’s-his-name, with the long white beard and the little round glasses… Yeah, that guy. The one I’ve never read. Also, Paco Umbral, one of those grumpy old conservatives who used to write for El Mundo. He even has a pincho named after him on the menu.

Every time I go (which is also about every 5 years) I think, “Maybe this time my finances are good enough that my café americano isn’t going to seem insanely expensive.”

And every time, I’m surprised.

Because whatever has happened to my financial situation, Gijón has raised its prices to keep it out of any reasonable range.

My recommendation? Go right down the street to El Espejo (Recoletos, 31), which has a beautiful terrace, more or less the same ambiance inside, and costs half as much.

Guess what? I’ve never been. So Cervantes used to live right upstairs (two centuries before the restaurant was founded).

But everybody I know who has had dinner there says it’s wildly expensive, filled with tourists trying to order using the glossary from a Lonely Planet guide, and (para colmo) the food isn’t even that good.

Go to Casa Toni (just a few blocks away at Calle Cruz, 14) and have some pork ear. Or a pincho moruno. Or some boquerones. Actually, in a city famous for calamares, the ones at Casa Toni are probably the best I’ve had.

And if you don’t like your cephalopods fried, the grilled cuttlefish is also amazing. They’re even in the Guardian. And on Madrid Food Tour’s route. But seriously. Don’t argue. Just have the pork ear.

Want to pay a euro for a couple of olives on a fancy toothpick? Then Mercado San Miguel is the place to go.

For locals, it’s kind of a joke.

When people come to visit me here in Madrid, I make sure to take them on a walking tour of San Miguel, just to see it… And then I take them to any one of a dozen places around it that serves food that’s as good or better, but without the absurd touristy prices.

For pinchos or raciones, go to Taberna de Ramales on Plaza de Ramales, just a few blocks from Plaza Mayor.

The terrazas are beautiful on a sunny day, and you’re in the most noble part of Madrid (but in a quieter area away from where all the tourists go).

Or you could go to one of the other markets that have ben remodelled in recent years – I like Mercado San Antón in Chueca.

This place is right outside the Opera House… and in my opinion, it’s also pretty overrated. I went once, and it was okay. They were kind of jerks about my two friends not being all dressed up (it was summer, they were guiris, whatever).

The food was just reasonable. But hey… The king’s eaten there, or something. (I wonder if he feels obligated to go to places called “Real” or if there’s some sort of protocol for that.)

However, right around the corner, at Costanilla de los Ángeles, 8, we have El Pato Mudo, which is my personal favorite paella restaurant in town. They also have a nice decor, the waiters are serious but friendly, and I really like the black rice with alioli. (It’s colored with squid ink, which is kind of a strange thing to do, because squid ink doesn’t have much flavor… But it’s great!)

I also like one of their wines, Castizo. It’s not amazing, but it’s a local Madrid wine and it’s very reasonably priced.

On the other hand…

All this being said, there are some of the old places that I like a lot. I’ve been very happy every time I’ve gone to Restaurante Botín (name-checked by Hemingway, and recognized by the Guinness Book of World Records as the oldest restaurant in the world).

The steak and the suckling pig are great, and the service is exceptional. You can find them at Calle Cuchilleros, 17, also just off Plaza Mayor.

And Casa Labra on Calle Tetuán, 12 (just off Puerta del Sol) has some amazing croquetas de bacalao as a tapa.

But if you go for a sit-down dinner, they have other cod-based dishes which are delicious, reasonably priced, and served by a professional and friendly staff.

For more history, check out the page Restaurantes Centenarios. There are certainly places worth visiting… Maybe more than once.

P.S. What do you think? Are you shedding a tear for the disappearance of the old Madrid? Or are you happy enjoying the new? Are you dropping 50s at the most expensive Madrid tourist traps, or are you looking for something cheaper? Are you outraged about gentrification, or are you happily living in an AirBnB? Either way… Let me know in the comments. And happy eating!

P.P.S. Updated: summer 2017 – Café Comercial is back, with some of the older elements intact… Plus a younger, faster wait staff. I’ve been a couple of times now. Not bad. Meanwhile, those old man bars just keep closing. Oh well.

P.P.P.S. I guess we could say I’ve written a part 2 for this article, about some “Madrid Musts” that actually kind of suck. At least in the opinion of this lonely blogger.