Warning: You Probably DON’T Want to be a Digital Nomad

Ahh, the life of a digital nomad.

You wake up late, and are happy to find yourself in Thailand, just a short walk from the beach.

You pour yourself a cup of coffee, answer a couple of emails, and then pull on your flip-flops to wander off and spend the day surfing while your passive income rolls in.

By the time you stumble home drunk at 2 AM, your bank balance has grown considerably, you’ve met all kinds of awesome people, and you’re sure that those suckers back home are envying the shit out of you.

(In fact, they’ve been texting you all day to say so.)

I’ve never been to Thailand.

But from where I’m sitting it seems like a lie.

This article is going to be (mostly) a response to this BRILLIANT article by Erick Prince over on Minority Nomad. It’s called “Everything they don’t tell you about being a digital nomad”.

There’s a lot of truth in that article. But first…

Just to clear this up at the beginning

I’m not really a digital nomad.

I’m an expat. I’ve been living here in Madrid, Spain for about 12 years.

For the last year, I’ve been making a living exclusively through writing and blogging, which means I’m location independent.

I’ve travelled a lot since quitting my day job, but I’m not really interested in going full-on digital nomad.

There are several reasons why, and most of them are addressed in Prince’s article. So without further ado, let’s get to my response.

Here’s why you probably don’t want to be a digital nomad (or an expat either, for that matter).

Some points from Prince’s article:

You’ll probably be an international criminal

Like I said, I’ve been living abroad since ’04. And my current lifestyle would be difficult (if not impossible) if I were trying to follow all the local tax and immigration laws and the ones back home to the letter.

Having income and bank accounts in multiple countries sounds cool and James-Bondish, but really it opens up a whole bureaucratic can of worms that you probably don’t want to get involved with.

Wherever you’re living, you’ll probably at best be in some sort of legal limbo with somebody.

Can you handle it? 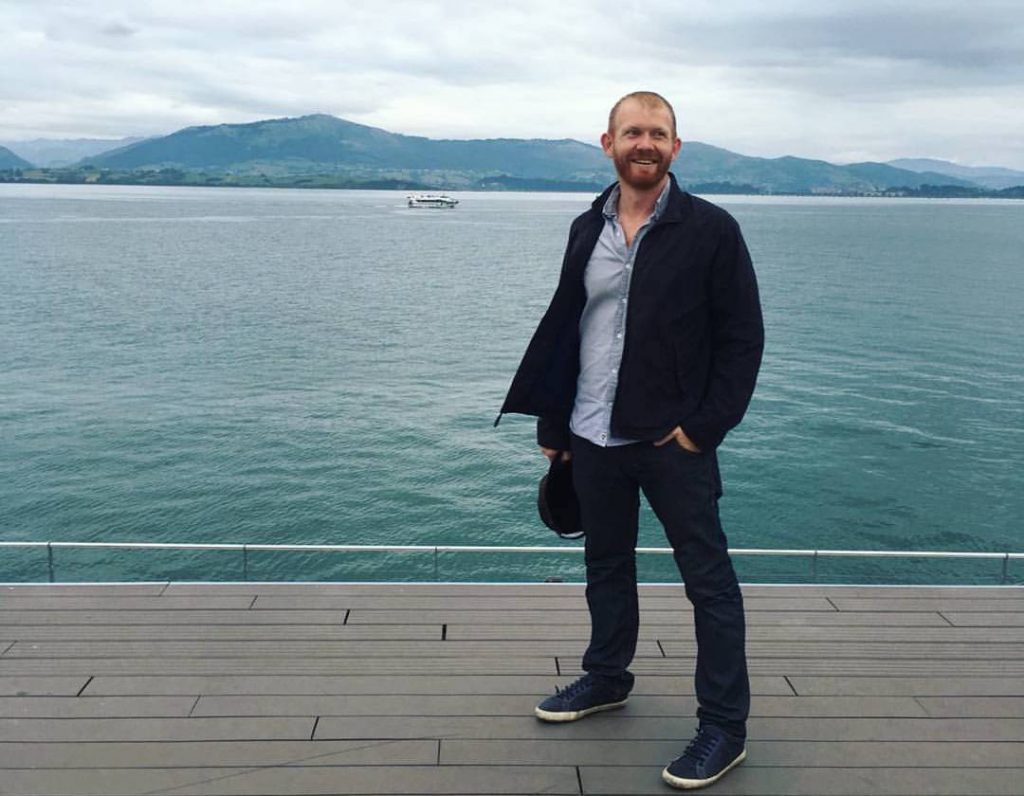 Nomading it up in Santander, in the north of Spain.

You have to be a hustler to be a digital nomad

I don’t know about your digital nomad friends. But the real, legit digital nomads I know work their asses off.

Like the author of the other article says, he has to travel around and hustle to take more pictures even if he doesn’t really feel like it. Sometimes the income is sporadic.

You can lie around in bed if you feel sick, but if you’re anything like me, you have thousands of things to do… and lying around in bed ain’t paying the bills.

Personally, I’ve hung out with Gloria from the Blog Abroad (she’s about as nomadic as they come) and seen first hand how she works her ass off making travel look like non-stop fun and adventure.

I see how much time she spends on social media and responding to comments and emails, and all I can say is: I don’t want her job.

You probably wouldn’t either, if you saw what went into it.

Personally, I enjoy the hustle.

But sometimes I just wish it would stop.

What about my other friends with online businesses? They also work their asses off. They can be more or less nomadic, but even when they’re “on vacation” they’re still hard at work for several hours a day.

What about that passive income?

Another point in the article is about passive income.

Well, passive income does exist. It’s what you get when you invest in stocks or an index fund, and get paid dividends without lifting a finger.

Do the math. Even if you’re earning 6% on your money, you need to invest a LOT to be able to spend the next 5 years surfing without going broke.

Another passive income strategy could be to buy an apartment building, hire a manager and head off to the beach to live on other people’s rent money.

Don’t have hundreds of thousands of bucks sitting around to make either of those plans work?

Well, I’m sorry, but you’re probably going to have to work for a living. And work is work, even if you’re doing it on a beach in the Canary Islands.

I really like Paula Pant’s blog Afford Anything when it comes to financial freedom and passive income. She’s into real estate, and I’m not, but she still has a lot of interesting stuff to say.

I bet that at least some weeks, she works harder on her “passive income strategy” than you do at your day job.

About these people who claim to work an hour a day and then just watch the cash roll in… Maybe they do exist. But they must be people with a few good products, a traffic strategy, and a lot of automation or outsourcing.

And trust me, whatever their workload looks like now, they didn’t get there by working one-hour days.

One of the best points from the other article is about those internet memes where travel is all romantic self-discovery.

Here’s one of my favorite quotes from Prince’s article:

“Here’s what travel will do. It will expose your character flaws. That’s for sure. But long term travel, and the privilege that comes with being a “wealthy westerner”, gives us the means to reinforce our flaws. Alcoholic? You can get trashed every night and no one will blink. Hell, most places in the world will encourage this. ”

All that social pressure to be “normal” back home just sort of disappears once you’re living abroad.

For me, it’s great. I don’t have to deal with the opinions of wacko conservatives or small-minded religious nuts back on the ranch, and I’m much happier.

But some people, apparently, need that social pressure to keep them from turning into (this is the technical term) huge douchebags.

Couple that with the loneliness and rapid turnover in expat social circles, and you might have to prepare yourself for some weirdness from yourself and others. 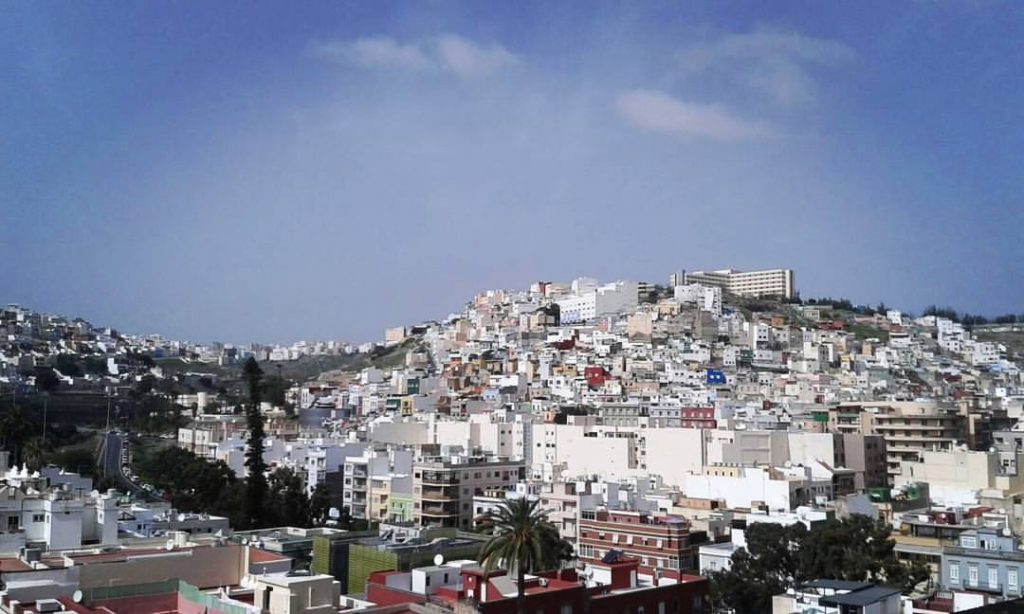 Cityscape in Las Palmas de Gran Canaria. I was there. As a nomad. And it was awesome.

Reverse culture shock is a bitch

Another quote from the article: “One of the biggest issues you might deal with is coming to the realization that your friends / family are assholes. Or backward minded at best.”

I haven’t spent a lot of time back in the US, but I have had to deal with this online.

People back home just don’t understand that other countries are not the US. And that we have a million other things to worry about that have nothing to do with what seems so urgent on the other side of the Atlantic.

This could make us expats seem like assholes, or maybe make the people back home question our sanity.

And I think there’s really no way to bridge this gap and understand each other.

How do you describe a decade living abroad to someone who’s barely even left town?

You don’t. They don’t have enough life experience to understand it. They imagine the whole world is like Kansas City but with better architecture, and miss the fact that living abroad is gonna mindfuck you in 1000 different ways every day.

And that the architecture is the least of it.

So: the million-dollar question…

Do you really want to live abroad?

I’ve met a ton of other expats in these years I’ve lived abroad. And most of them aren’t cut out for it. They whine endlessly about how everything in Spain sucks, they get tired of the bad Spanish salary, or the dating scene, or the red tape, or the shitty customer service.

And they go home.

They’ve had an adventure. Spent a year abroad. And good for them.

Hanging in for the long term, though, is a totally different matter.

Life back home goes on, people forget about you, and here you are, a foreigner in somebody else’s home town, wondering what exactly you’re doing with your life.

Living abroad is great, but it’s not for everybody.

I’d say, as a rough estimate, that the success rate is about 10%.

The rest of those kids are back at home now, telling their friends from high school about that one time they were in Europe, and how cool it was, mincing along the Seine, drinking Sangria in Seville, whatever.

But as usual, that’s just what I think.

P.S. What’s your opinion? Have you lived abroad and had any of these experiences? Are you a special little unicorn who makes a living off a one-hour work day? Whatever your story is, I’d love to hear about it… Right here in the comments!

P.P.S. If you want more like this, I have a new article where I talk about my personal experience with the Four Hour Work Week. I guess you could say that it’s not all sunshine and roses.