The hard-working and occasionally-handsome Mr Daniel was recently interviewed in The Local, an online newspaper here in Spain.

You can check out the interview here: Daniel Welsch — The man on a mission to teach Spaniards English.

I enjoy these interviews, because they force me to actually think through what I’m doing, and why. Plus, when somebody asks about your plans for the future, you’d better come up with something. (Something more than the truth, which is that I have a plan to go out and get a coffee in about 20 minutes, and that after that, it’s all up in the air.) 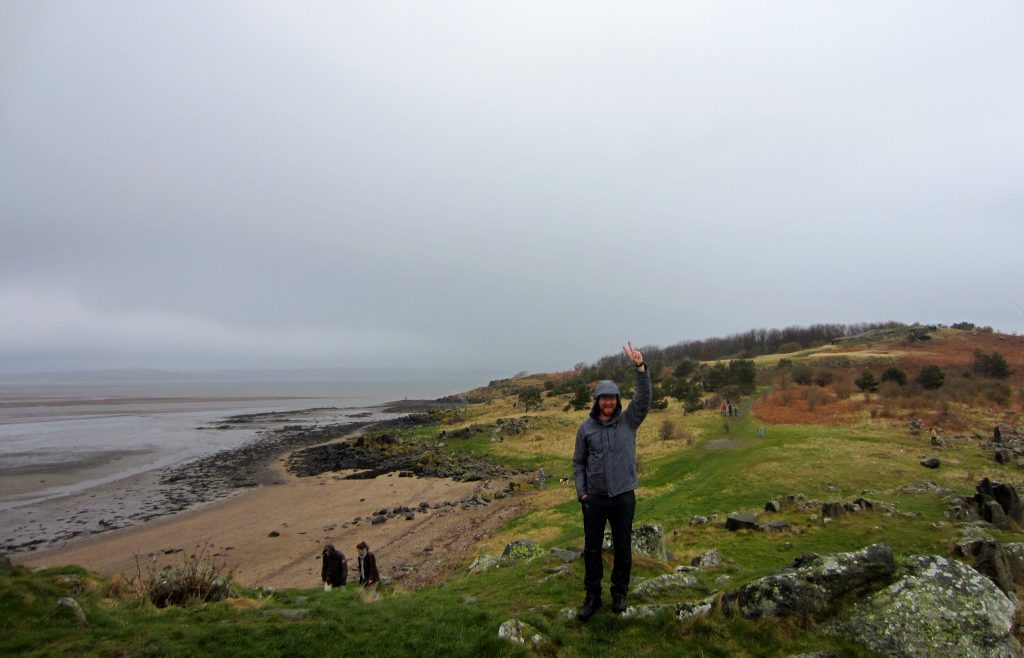 Cramond Island, Edinburgh. V for Victory, and V for Viento.

Anyway, in the interview, you’ll find out:

Funny enough, the comments section turned into a mini-debate about how Americans can’t speak English. Because obviously being born within a certain radius of Buckingham Palace is the only thing you need to speak English at an acceptable level.

(Feel free to jump in and defend American English. Not that we need it. 320 million people can’t be wrong.)

In other news, I’m back from London. I guess I’ll write up some sort of report soon. For now, let’s just say it was expensive and awesome. When I was there, of course, nobody criticized my English.

I suspect that trolls are usually trolls in their online lives. And in real life they’re decent people. (I’m sure there’s more than one person out there who’s thinking the same about me, actually.)

Anyway, it’s good to be back in town. Pronto más.

P.S. Anything you’d like to see here? I’m always open to suggestions. Hit me up using the contact form.

P.P.S. Actually, I have three plans for today. I’m going to put on pants before I go get that coffee. And afterwards, I’m going to eat lentils with pork ear. It’s going to be awesome. Because pork ear is awesome. So that’s three. Pants, coffee, ear. Not a bad Sunday.