First you do it for love, then for a few close friends, and then for money.

Molière, of course, wasn’t on Tumblr. But blogging, to me, feels basically the same.

I’ve been blogging for about 6 years. Several months ago, I went pro.

And ever since, I have this awkward moment of doubt when introducing myself.

Interlocutor: Nice to meet you, Daniel. What do you do?

Me: Oh, you know. Gotta do something.

In my head I’m thinking, Is blogging even a real job? Should I come up with some sort of euphemism? Why does no-one seem overly impressed when I say it? Is it secretly the dorkiest thing in the universe? Maybe I should have kept my job at the Safeway back home… oh yeah, they fired me. But the car wash seemed interested in an interview.

In any case, here I am. And these are the questions I’ve been asking myself, as I lie awake at night, contemplating my strange new pro-blogging existence.

1. How exactly did this happen?

I wake up in the mornings, and I write. I sell the stuff I write. And somehow, this has been paying my rent. I consider myself, all in all, to be incredibly lucky.

I’ve met dozens, perhaps hundreds, of wannabe writers in my life, as well as a few “real” pro writers, and at this point I can say one thing: what differentiates the pros from the wannabes is pretty simple. We sit our asses down and do the work.

And then, we’re willing to put it out and accept the criticism that comes our way.

Waiting for inspiration is for amateurs.

Credit for that idea should go to Steven Pressfield. It’s not exactly a direct quote. But I recommend you read his books The War of Art, and / or Do the work.

Or how about this piece of timeless wisdom:

Thinking about being a writer is never going to pay your bills.

Credit for that one: Mr Chorizo. Change “writer” for whatever other creative pursuit you’re interested in, and it still applies.

Thinking about being a musician? A painter? A YouTube star?

Better actually start practicing and doing the work… ’cause thinking about it isn’t going to get you anywhere.

2. Is it all just clickbait, in the end?

My working title for this article is “Some thoughts on the writing process”.

I know that if I actually publish it with that title, maybe 3 or 4 of my friends will take the time to read it. And otherwise, it’ll be condemned to obscurity. And that’s okay. I’m content to have this blog mired in the backwaters of the internet, where nobody ever goes except by accident.

But there’s another part of me that thinks, “What if there’s a million aspiring young writers out there who are just dying to bask in the fuzzy glow of my hard-earned wisdom? Aren’t I doing them a disservice as long as I stay in the shadows? Shouldn’t I do everything possible to make sure the warm fuzziness makes it onto their Facebook feed, somehow?”

Then I re-write the article again, to…

Well, you get the idea. 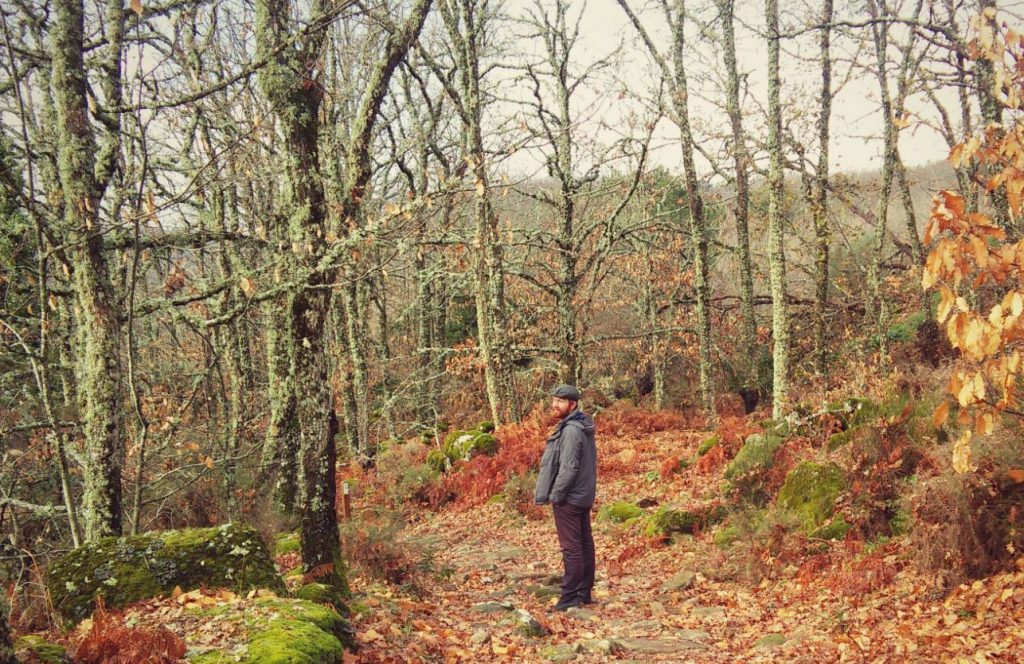 Maybe the road goes nowhere, but it sure is a nice walk… Sequeros, Salamanca Province, Spain

I guess if you’re the New York Times, you feel some obligation to bore people with headlines in the passive voice and big words that prove you went to college. Maybe it’s written down in your style manual.

I guess it works for them. But I didn’t go to college. (Well, barely.) I don’t have to please an editor. And the passive voice bores me to tears.

I have some respect for the Times. Usually. (I wrote an article their style, at one point, just as an exercise: As Boomers Near Death, Inane Blathering about Millennials Increases.)

And I don’t particularly like clickbait either. But here’s the thing. We are here, on the internet, with 24 other browser windows open, and if you bore people with the headline they’re not going to click. If you bore them with the first sentence, you’re done.

I spend a lot of time these days imaging headlines for every situation. I write and re-write. I read everything aloud before clicking publish. I try to make it simple, imagining that somebody is reading it on the bus, or on the toilet, or whatever.

Without these things, I’d probably be dead broke.

Make the most of it.

But thankfully, the part of me that really takes terms like “sellout” seriously died long ago. Writing? Prostitution? As long as it gets me out of having to find a “real” job.

I write for a couple of reasons. One is to help people in more than a hundred countries to learn some English. The other is to pay my rent.

The time when I had a strong opinion about “selling out” is long gone.

And I think it’s better that way. Still, when I meet more idealistic people, who write poetry and stories and hope someday to publish a great existential novel, I sort of envy them. Sort of. At the very least I remember what that felt like, and I feel like maybe I’ve lost a little part of myself.

Anyway, I once wrote a novel about my teen angst. I might publish it someday. Under a pseudonym and without telling anybody.

Not only did the process kind of suck, I more than suspect that the result sucks too.

And that was enough novel-writing, at least for the next few decades.

Arguably, the world doesn’t much need another article about English grammar. But if there’s something the world needs even less than another grammar article, it’s my novel about teen angst.

Back to grammar. On the other end of the spectrum…

4. Is this really work? Because it doesn’t feel like it…

The lifestyle really is so awesome, most of the time, that I feel a bit guilty.

Last year I visited 6 different countries. I wrote one of my most important articles in a historic café in Lisbon. I worked on the design of a new book while in Budapest. I launched an online course while taking a workshop in Amsterdam with my favorite fitness gurus.

Travel is awesome, but earning money while travelling is pinch-me-I-must-be-dreaming.

As if that weren’t enough, even on my hardest-working days back home, I still have time to spend an hour or two in the park. I can still drink wine with lunch, see my friends when I want (when they’re not working!) go to a museum, take a day off, whatever.

If I want to sit around all Tuesday afternoon watching South Park and eating chocolate… guess what?

There’s nobody to stop me!

It’s the 4-Hour Work Week… But without Tim Ferriss’ muscles, millions of dollars or Silicon Valley connections. (Love ya, Tim. I’ve read your book twice, and it changed my life twice. Thanks!)

In any case, I sometimes feel bad about it.

When I think of my friends sitting at a desk somewhere, never seeing the sun, asking for someone’s permission to take a day off. When I wake up for the 30th consecutive day without an alarm. When I can count sitting in the café with a notebook and my Kindle as “work”.

Of course, I had to bust my ass to get here. Before going pro with my writing, I was teaching on a schedule that probably would have killed some of the lesser mortals out there. And writing in the hours between classes.

Either way, I appreciate the days, the freedom and life in general like never before. Except for the occasional moment of nagging puritan guilt.

This is the big one. My books were at #1 on Kindle 3 times last year (in Spain and Mexico, to be fair, I think it’s a bit easier). And I’ve knocked a few other big things off my bucket list since going pro.

I’m living this ridiculously awesome lifestyle, and feeling like I’ve accomplished most of what I really needed to do in this life.

I had a day back in 2015, before going pro, when I was #1 on Kindle, falling in love, happy with life, and planning an amazing future. And I thought:

It’s going to be hard to top this. I should probably just die happy, and soon! Quit while I’m ahead.

Well, I didn’t die. (And the girl I was falling in love with dumped me.)

In fact, people in my family live a really long time.

So I’ll probably be around for another few decades. I guess I’d better find something else to do… preferably, something even bigger, better and more meaningful.

What, exactly, will it be?

If you have any ideas, drop me a line in the comments.

P.S. For another take on all this, check out my friend (and fellow Arizonian) Gloria over at The Blog Abroad. We went pro as bloggers at basically the same time, and she explains the self-doubt and lack of direction perfectly in point #4 over here. (She’s sexier than I am, and has an even cooler lifestyle, but I’m not jelly… Keep it real out there Glo!)

P.P.S. I’d also love to hear comments from any other professional bloggers. I have a feeling there are at least a dozen of us. But where?

Tourist or traveller? What are you… and what’s the difference anyway?