My interviews on the Real Fast Spanish podcast

Wow, that Mr Daniel is at it again!

Yes, my hard-working alter-ego has been featured not once but TWICE on the Real Fast Spanish podcast with Andrew Barr.

The first episode (in which we talk about learning Spanish, why I came to Spain, and some of my favorite films) is here:

And the second part (in which we talk about my favorite book, being open-minded about Spanish food, and some travel recommendations) is here:

And in case you care, here’s a photo of Mr Daniel, taken by the very talented Gloria at the Blog Abroad. He looks alright, and he’s not even really sucking in his beer gut.

Attention, madrileñas, this guy is single: 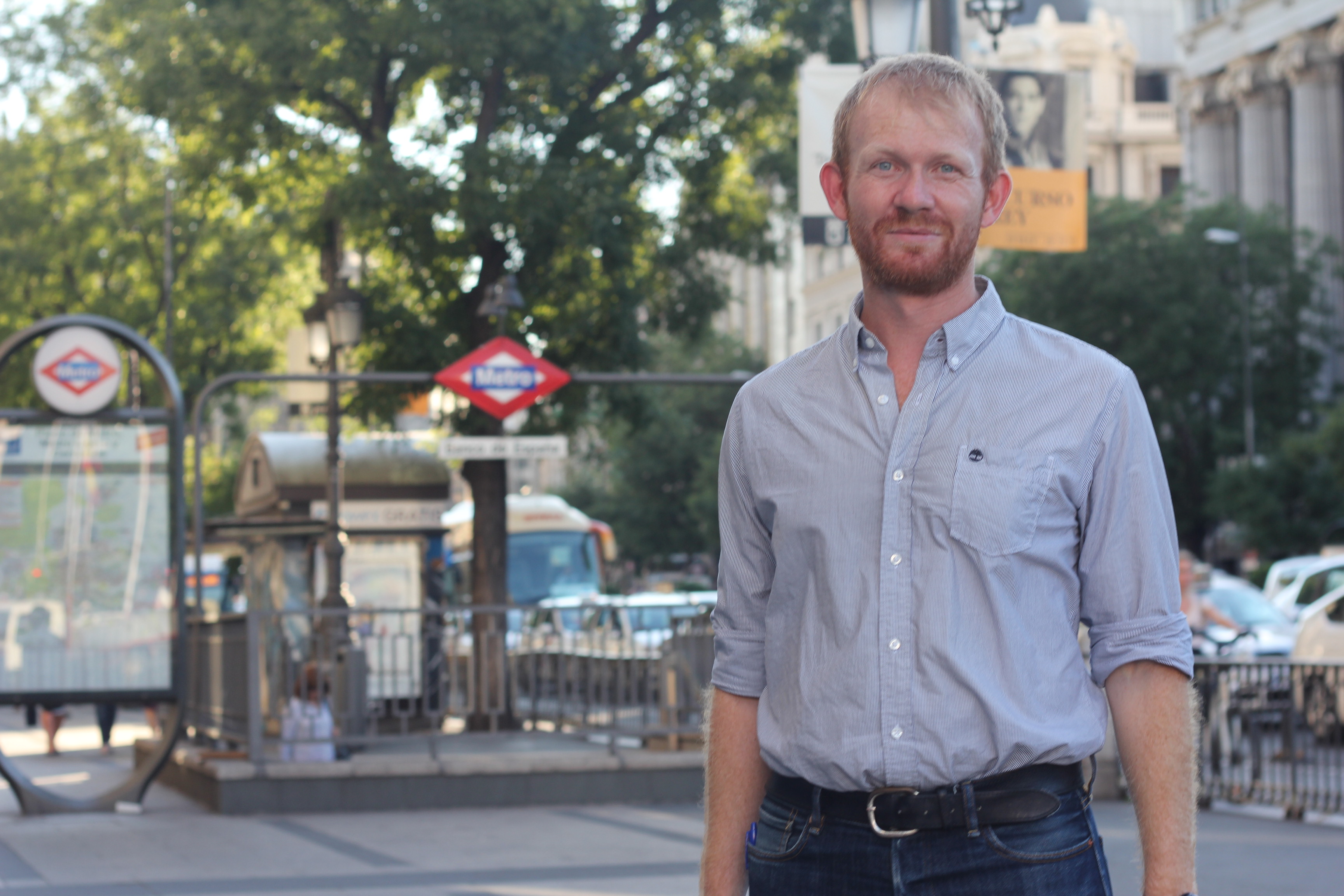 The occasionally-handsome Mr Daniel at Banco de España, here in the center of Madrid.

Update: not exactly single now. But who knows… that could change any day.

Other than that, there’s not a whole lot to report. Mr Daniel is busy these days making lots of power points and lots of videos – I had thought he was actually planning on retiring, but actually, he’s working as hard as ever. What a weirdo…

Any invitations to beach houses or quiet mountain villages for the month of August? Not that the heat bothers me too much, it’s just that Madrid gets kind of boring at this time of year.

P.S. Hopefully I’ll have some big news about new projects soon. But I shouldn’t just publish these things for the whole internet to gawk at before they, like, happen. So stay tuned!

P.P.S. About the heat here in Madrid, here’s another article: beat the heat like a local.