Serbs and Croats–an eye-opening journey to the Balkans

Yeah, that’s what I thought.

I chose Zagreb as part of my first trip to Eastern Europe because it just seemed like an unlikely place for a guy from Arizona to end up.

And on my first day there, I go to the Modern Gallery, a museum of Croatian painting and sculpture. I corner a girl who works in one of the rooms on the top floor and ask my usual silly questions about the art.

She points to a few paintings by artists who are apparently household names, and I imagine them trying to break into the New York scene, remarking at a gallery opening “Yeah, you’ve probably never heard of me… But I’m big in Croatia!”

Afterwards I ask my impromptu tour guide about the food. “Oh yes, we have great food all over the Balkans!” she says, brightly.

Wait. Am I in the Balkans?

Welcome to the former Yugoslavia

When I was growing up, my parents used to listen to the news on NPR at ungodly hours of the morning. And in the early 90s NPR spent a lot of time talking about Serbs and Croats.

Of course, I understood nothing of Yugoslavia, geopolitics, the fall of the Iron Curtain, etc. I was nine.

But here in the museum, twenty-something years later, I suddenly realize that this girl, with her tongue ring and half-shaved head, was a Croat, and that somehow I had made it to the Balkans.

I guess I had never given these things much serious thought. If you had said “the Balkans”, I would have visualized an old woman in a head scarf, with bundle of sticks on her back, hobbling towards a refugee camp. I don’t know. Call it American ignorance. It just sounded sort of vague, dangerous and war-torn, and somewhere out there to the east.

And the conflict between Serbs and Croats conjured up images of tribespeople dressed in tatters, waving their Kalashnikovs defiantly in the air and ready to fight to the death with anyone from more than three towns over. 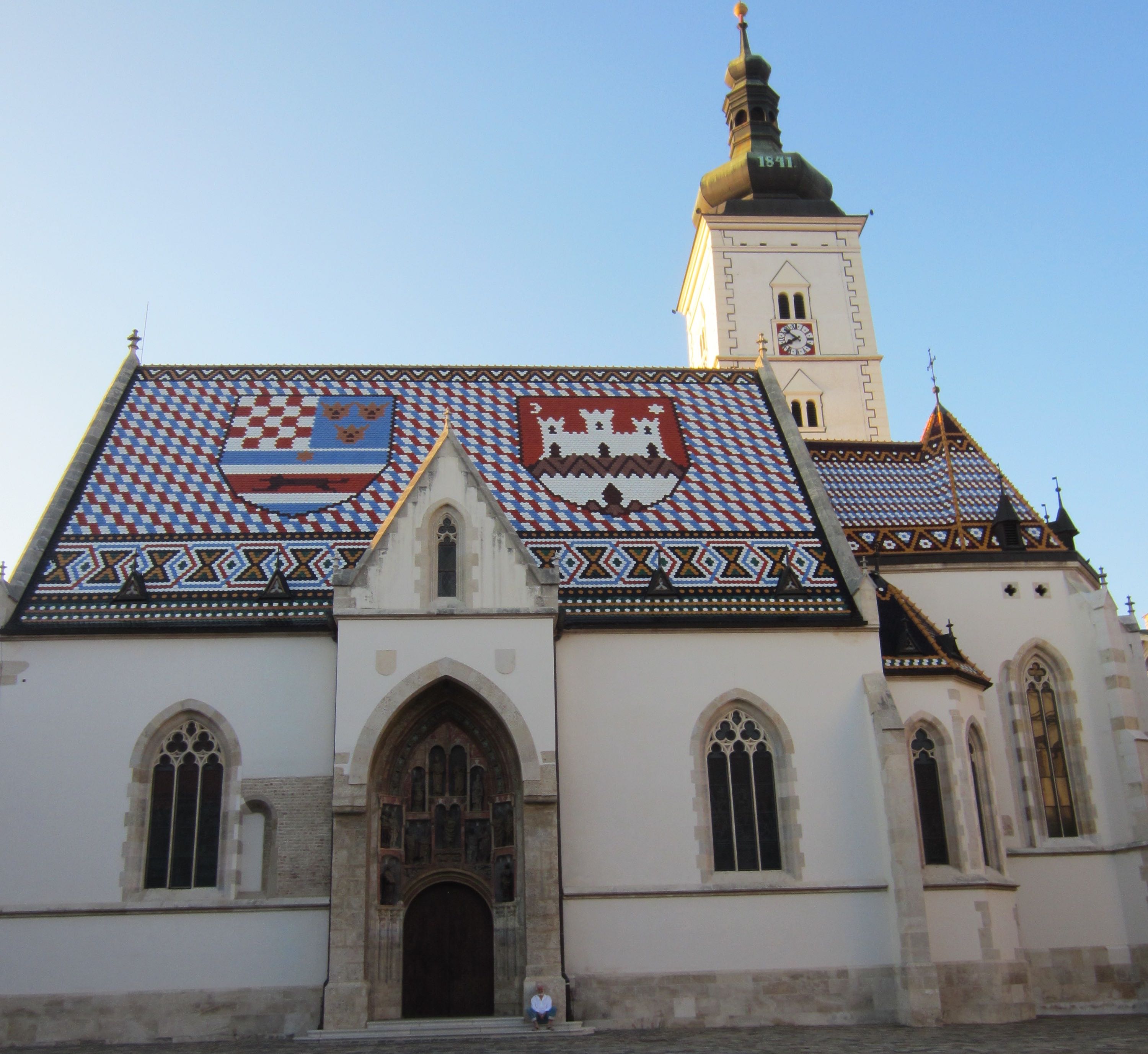 Leaving the museum, my eyes are opened–most of these people walking around are those very same tribespeople–those very same Croats I had heard about on NPR as a kid.

The waiter who messes up and then claims that actually, yes I did order the most expensive thing on the menu? Croat.

The surly fat guy grilling burgers across the street from my AirBnb? Croat.

The next day I go to the mountains. And while waiting outside Tomislavov Dom Hotel for the bus back to town, I strike up a conversation with a couple of guys. The thin one is German, and the fat one says he’s from nearby.

He seems pretty nice, and has lived in the US, so I figure he knows something about American ignorance.

I go out on a limb and confess my shock that he’s not some sort of barefoot Kalashnikov-waving tribesman.

He laughs a big belly laugh, “Oh yeah, Kalashnikov-waving tribesmen… Those are the Serbs!”

I ask him about growing up during the breakup of Yugoslavia and he says, “The strange thing about it is that every few years we would belong to a different country. My village changed countries seven times when I was growing up!”

I assume he’s exaggerating, but I ask, “So what do you identify as?”

“I’m [something long and difficult to pronounce]. Hopefully we’ll have a country of our own soon!”

The bus isn’t coming (transport in that part of Europe is kind of a joke, but that’s another story) and I decide to walk back down the mountain to Zagreb, so I say goodbye.

The next day, my last in Zagreb, I go to the Homeland War photo exhibition at the Croatian History Museum.

I’m amused to find that a lot of the Croat heroes fighting for independence look like they stepped right out of an early-90s music video and into a war.

They look cool. Like the kind of guy you wish you had as an older brother.

And from time to time throughout history, they have to fight to preserve that identity.

Eye-opening, to say the least.

Well, kids, this is sort of a departure in tone from my usual type of wit–if you can even call it that.

But there’s a lot more excitement on the way. Action! Adventure! Yes, it’s another hot and sweaty Spanish summer…

P.S. If you’re in Zagreb, you should also check out the Museum of Broken Relationships. It’s a bit depressing–you might need a drink afterwards–but for 25 kuna it’s a great deal on a highly original museum.