Just a quick note: the hard-working and eternally handsome Mr Daniel was invited to guest host a recent episode of the Magnetic Memory Method podcast.

Dr Anthony Metivier himself has mentioned how happy he is with the new episode. Which of course, inflates little Mr Daniel’s ego to enormous proportions. Also, if I may say so, ol’ D-dawg has a pretty sexy radio voice.

For more about memory palaces and how to memorize anything, check out Anthony’s website for a free memory improvement kit.

My podcast for the Magnetic Memory Method

The podcast is about a lot of things.

Here’s a selection of what you’ll learn from it:

Check out the podcast here, on the Magnetic Memory Method website: Memory Techniques for a Language like No Other.

And in the meantime, check out this photo of Mr Daniel: 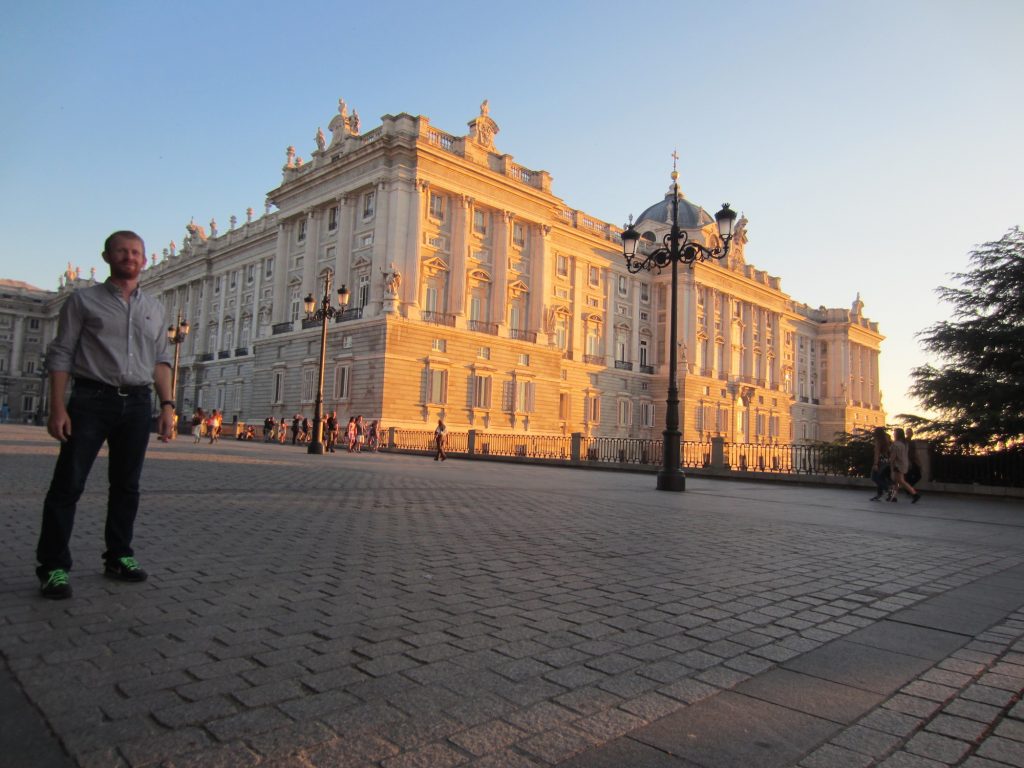 Mr Daniel, at sunset, in front of Madrid’s Royal Palace

That photo was taken by the lovely and talented Gloria Atanmo, of The Blog Abroad. If you’re feeling content with your life, you should check out Gloria’s blog and see just how much more exciting things could be…

She’s awesome. Plus, she’s the only person in more than 5 years who’s managed to take multiple decent photos of Mr Daniel.

She came to visit last week, you can see some of the photos on her Instagram account: instagram.com/glographics. And incidentally, Mr Daniel is on Instagram these days too.

Anyway, there are several more exciting things going on these days, but they deserve their own post. Which will be on its way soon.

P.S. I’ve spent the last few days refreshing ElPais.com about every 20 minutes to see if the euro is over as a currency. This Greek train wreck has been going on (in super-slow motion) for about 5 years now, and there’s no “end” in sight. No good solution, so it only remains to be seen which of the bad solutions will end up being adopted by those feisty European heads of state.

Anyway, Europe has had worse crises, and come out on the other side. And it’s still an awesome place to live or visit, in spite of everything. It’ll come through this one too.

P.P.D. See also: Pink Hippos, Jimi Hendrix, and how to memorize anything, and Sleepwalkers.