A bullfighting aficionado comes out of the closet

I’ve got a new article up on ¡Vaya Madrid! in which I finally admit, publicly, that I love bullfighting.

Yes, me. Mr Chorizo. Call me what you will!

Bullfighting is something I usually avoid talking about, because it seems like so many of my friends are antitaurino. This time of year, especially, my facebook news feed is clogged with photos of bulls coughing up blood and vehement statements about how people like me are savages.

But that’s life. Can’t please everyone.

In any case, people who will happily eat a morcilla de Burgos or a plate full of eggs and bacon will go ape about animal cruelty when it comes to bullfighting. I wrote about them in my classic Summer is Coming to Madrid article, years ago. 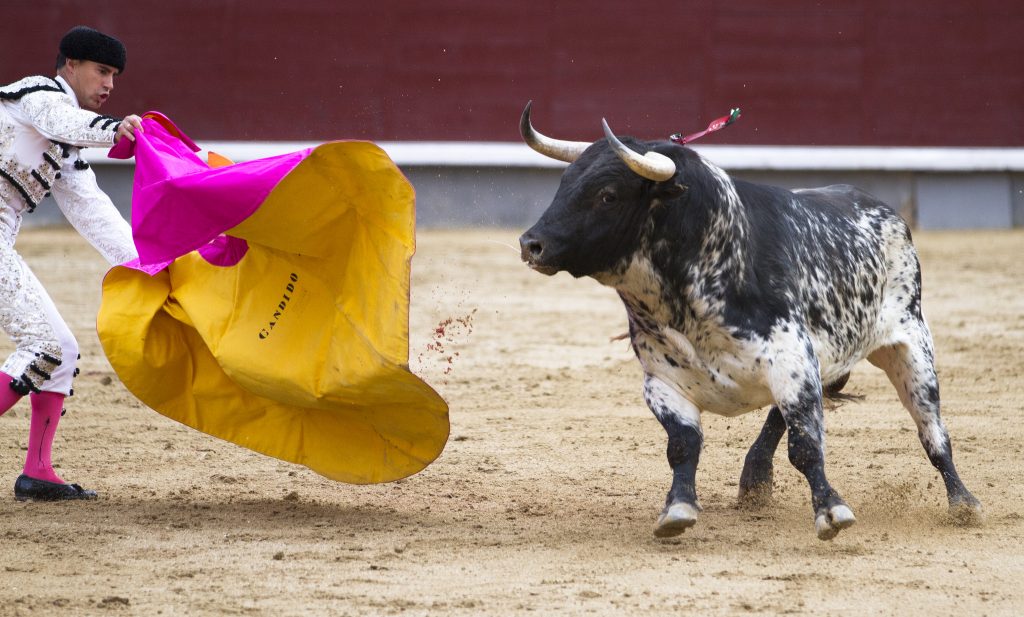 Here’s what didn’t make it into the article:

A few weeks ago a friend invited me to go to the first bullfight of San Isidro in Las Ventas. I was, of course, delighted to go. And I immediately thought, “Who can I call to brag about the fact that I’m going to see a bullfight at San Isidro?”

The answer: basically nobody. Most of my friends wouldn’t be impressed… at all.

Should I brag about it on social media, as modernillos like myself do these days? Probably not. I’d just piss people off.

And that’s when I knew I had to write this article. I can’t stay in the closet my whole life! I can’t deny who I am.

So. Once again: I love bullfighting.

The event, in any case, was fantastic. The King was there–the new one, Felipe VI–and one of the bullfighters, Pepe Moral, cortó oreja. That’s a big deal, especially at Ventas, and especially during San Isidro.

But for me the most interesting thing was when we were leaving. People had gathered to see the King on his way out. As he walked out of the ring, waving to the crowd, people started shouting, “¡Viva el Rey! ¡Viva el Rey!”

I had honestly never considered that Spaniards in the 21st century would have such a reaction to the King. I was amazed.

Anyway, he’s not really my King, and I don’t have any feelings about him one way or another.

Okay, enough of that.

As I kind of mentioned in the article, people always like to ask me, “Daniel, do you feel like Hemingway when you go to a bullfight?”

I hope I never feel too much like Hemingway. The guy was manic depressive, a professional alcoholic, and went through all kinds of bullshit in his life. I guess winning the Nobel Prize is probably pretty nice, but let’s not forget: he blew his brains out.

It is impressive that he managed to be in the middle of all kinds of important events, travel around the world, change American literature, hang out with Picasso, and all that. But I think it’s better to be happy.

Well, have fun, y’all. I’ll be posting an update soon about my new life as a professional writer and world traveller.

But trust me, I won’t feel much like Hemingway then, either.

P.S. In case the up arrow on your keyboard is broken, here’s the article on Vaya Madrid again: Spain’s controversial fiesta, or: How I learned to stop worrying and love bullfighting.