Week One of Madrid’s Ebola Zombie Apocalypse: A Recap of the Most Important News

It’s been a quiet week in Madrid, my home town, out there on the meseta…

The zombies are taking over what was once a beautiful city, but most people don’t seem too worried.

Business goes on as usual…

In the end, what did we expect? It’s Spain!

One scandal has been among animal rights activists, who are unhappy that the infected nurse’s dog was put down as a precaution. There’s no evidence that dogs can carry ebola, but there’s also no protocol for isolating dogs that might have ebola.

Of course, nobody in the government wants to take any responsibility for anything–while the doctors complain about protective gear that doesn’t fit or isn’t up to spec, the government says that everything is under control and any problems are, of course, not their fault.

One member of the government (specifically, the regional Minister of Health, Javier Rodriguez) went so far as to say, “You don’t need a master’s degree to learn how to put on the protective suit.”

Meanwhile, the doctors and nurses actually taking care of the infected woman and those who have checked in for observation say that much of the protocol is just being made up as they go along. 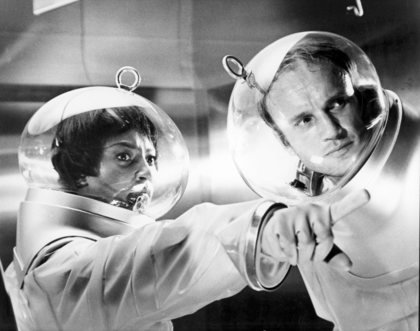 Due to budget cuts, doctors and nurses at Hospital Carlos III have been forced to wear protective suits that are actually just props from the 1971 film version of the Andromeda Strain. Prime Minister Rajoy has said “If it worked for the Americans in ’71 I don’t see why it couldn’t work for us today… But if it doesn’t, of course, I take no responsibility whatsoever!”

In the comments on my previous post about the zombie apocalypse, I decided on the expression “chapuza nacional absoluta y constante”  to describe the situation.

I picked that one up from my brilliant student Fernando Cayo in an interview. You should definitely see anything you can with Fernando in it–I’ve seen him in the theatre several times, notably in La terapia definitiva.

Another commenter on Reddit said not to worry about the lack of guns – when we need to fight off the zombies, it’ll probably go down like this scene from Jamón, jamón.

Plus, it was Penelope Cruz’ first film. Did I mention she gets naked? That alone is worth your time.

And finally, I’ve had a sort of SEO victory–because of course, nobody really cares about my life enough to read this blog, but sometimes google sends them here looking for prostitutes, nude cyclists,  how to seduce American girls, and Cristiano Ronaldo’s six pack.

Now, they’re coming (in exceedingly small numbers) to find out about the relationship between ebola and zombies: 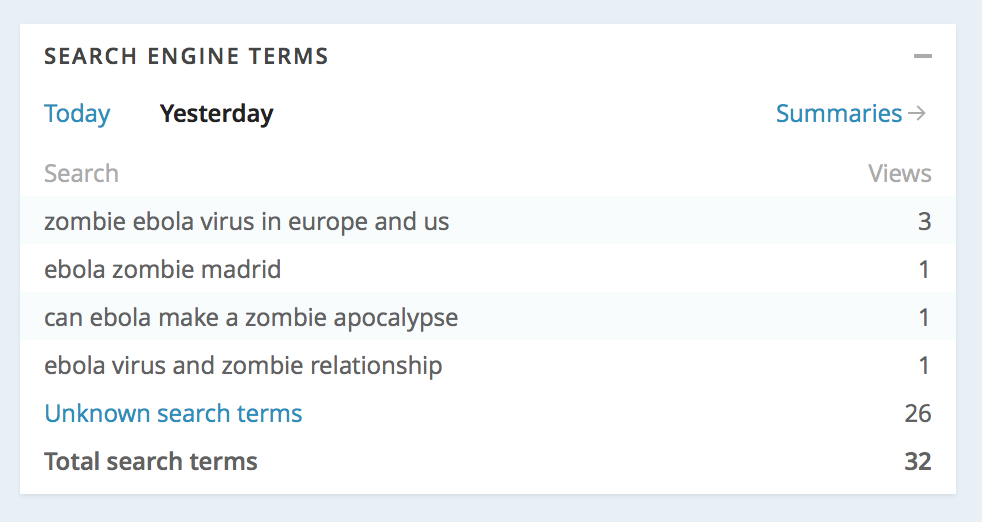 I’m the King of the Internet! Now give me money!

Well, everyone is holding their breath around here, waiting to know what will happen. If we all die, I guess we can hope to be reincarnated in a country where things work just a little bit better.

But in the end, I have a feeling that my life here in Spain is a lot cooler than my friends’ lives back home.

Despite the ebola, despite the Austerity, and despite my terrible Spanish salary. Life is still pretty good…

P.S. As I’m finishing this up, the entire Spanish Air Force is flying by right outside my window. That’s right, everyone. It’s Día de la Hispanidad. No, not Columbus day, Hispanicity day. Or something. And the military parade is going down La Castellana, a couple blocks away. Well, I’ll be damned if I’m going to put on pants for something like that… I’m a blogger! I’ll just stay home, in sitting on the bed in my underwear. ‘Cause that’s what bloggers do best.