How to go whoring in Madrid – Spain is different!

Want to know how to go whoring in Madrid?

This article is going to disappoint the hell out of people who find me on google, actually looking for prostitutes in Madrid.

This isn’t the place for you.

This morning I was out early, on my way to the local Starbucks.

“But Daniel,” I can hear you saying, “Aren’t you way too legit for Starbucks? I figured, a guy like you…”

You never think about how convenient running water is until you don’t have it. But that’s another story.

Suffice it to say that the necessity to be near a working bathroom at 8AM on a national holiday and in mid-summer positively propelled me to the nearest Starbucks as soon as I got up.

But as I’m walking down Calle Orense, near Plaza Castilla, a car stops and the guy honks his horn and gestures me over. 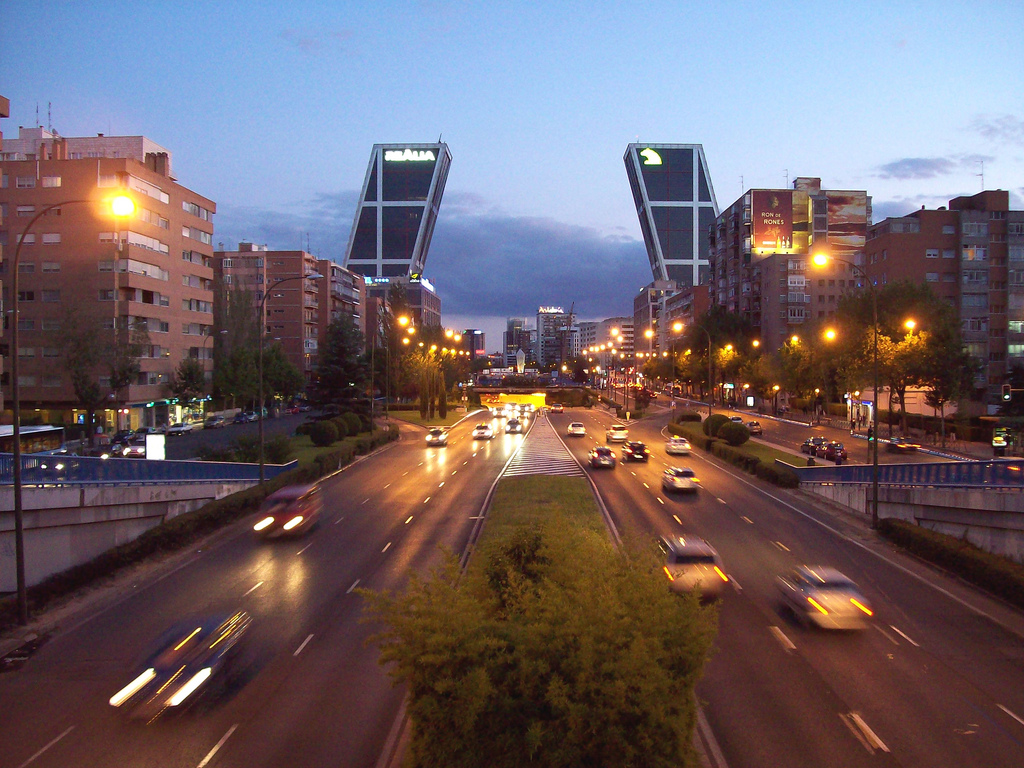 The guy seems a little weird, maybe on drugs, but doesn’t everybody at 8AM on a weekend or holiday in Madrid?

It’s always kind of like the zombie apocalypse early in the morning, with all kinds of drunk weirdos and small time criminals shuffling around, going god knows where.

Anyway, he doesn’t look dangerous. So I go over and he says, in Spanish, “Hey, is there a club around here?”

“Yeah,” he smiles a huge toothy grin. “With girls!”

“Well, I think there’s one right up here. Just look for the blue neon lights, it’s on the right.”

How to go whoring in Madrid

And he was off…

I walked down the street to get my coffee and take care of my – ahem – basic necessities.

And he drove up to get his freak on… just another young gentleman, out after a long night of partying, and ready to build up the Spanish GDP, one sex act at a time.

Of course, getting a hooker is just another bodily function for a lot of guys around here. There are at least four large brothels in my neighborhood  – and probably more smaller ones I haven’t noticed.

Here in Madrid, people will protest 24-hour supermarkets. But a brothel seems to bother no-one.

“We don’t need to buy yogurt at 3AM! But a G&T and a BJ is perfectly fine…” – Every Spanish leftist ever.

Anyway, what can I say?

It reminds me of a conversation I had with a student, years ago.

I used to give classes to a lot of executives. Most of them were pretty cool guys, and anyway, I was getting paid to talk to people who wouldn’t have given me the time of day back on the ranch in Arizona.

Born into the upper middle class. A couple of kids, and a wife he met at university when they were both barely twenty. Typical Spanish family man, in other words.

One day he’s happier than usual, and tells me why:

“I’m going on holiday tomorrow. I’m going to play golf in Marbella with a couple of friends. Leaving my wife at home. Just me, my friends and some fulanas. How do you say fulanas in English? Bitches?”

“A bitch,” I explain, trying to maintain some professional composure, “is a woman with a strong personality. I believe that in this case you are referring to prostitutes.”

“A better word would actually be whores.”

I spend several minutes describing the nuanced relationship between bitches and whores, somewhat shocked that we’re having this conversation at all.

Later in the day, I’m at my other job. I’m talking to a coworker, a Spanish-American guy in his 40s, about the whole thing.

“I guess it might be normal for Spanish guys to go whoring, but what’s shocking to me is that they talk about it! Like it’s any other hobby, or something mundane like going to the dentist.”

He grabs another employee, who’s walking by. They’re about the same age and have been friends for decades. Two big half-Spanish guys with beer guts.

“Hey, Pedro, have we ever gone whoring together?”

They start backslapping, reminiscing, laughing till their beer guts shake.

“You remember that woman who worked in the Sauna we used to go to on La Castellana?”

“Oh man, she was amazing! It was like she had holes where other women didn’t.”

“Ah, La Juanita, I think that was her name. Yeah. Back when I was with my first wife. Those were the days…”

So there you have it. Gangbangs at a sauna with all your drinking buddies – Spain is different.

P.S. See also: How to teach beach and bitch. Or hey, why not obscene Spanish expressions. Enjoy!