Oh man, has my facebook page been abuzz of late with some lameness from our friends at the Huffpo! And it’s not even the usual liberal whining they’re famous for.

Two recent articles stand out in my mind for their linguistic lameness–and they’re both, as it turns out, by the same blogger. Of course, I’m somewhat of a language friki, so these things are serious for me. If you’re not interested, just scroll to the bottom, where there’s a picture of an adorable little cat. Sorry to waste your click.

First off, I take issue with the title. What is that “literally” doing there? Does she mean “Spanish frases that make no literal sense” or is she using literally in the more modern sense?

As the Oatmeal rightly explained, literally means literally. But not everybody has gotten the memo on that one, yet.

Anyway, I’m not drawing some big life-changing conclusion from this. It’s just a lame article, but since it’s published on such a respectable bastion of the new media–ahem!–people take it much more seriously than they should.

Exhibit 2: 10 Spanish Words That Have No English Translation

My problem with this one is that they most of them do have a perfectly good English translation. You just need more than one word. Of course, the author is no linguist (obviously), so she doesn’t go and have a paja mental about the Sapir Whorf hypothesis or some nonsense. But really, no English translation for anteayer?

Of course, Huffington Post bloggers are notoriously unpaid and the editorial policy (if there is one, for blogs) seems to be that if a deranged chimpanzee can type it with two index fingers, or a pigeon can peck it out with its beak, it’s sure as hell fit for the internet.

If it’s typed up by an unpaid intern with a glancing acquaintance with languages, so much the better. Want some more lameness? How about Selfies from the King’s Coronation Ceremony or Life Lessons We Learned from the Lion King.

Anyway, I don’t have much else to say about it. There’s always been media to satisfy the lowest common denominator. These days, it’s cat memes, Buzzfeed, and the Huffington Post.

Well, back to reading something worthwhile. 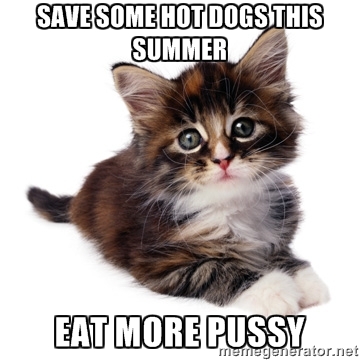