With the abdication of our beloved Monarch this past Monday, and the consequent hand-wringing about the future of the country, I figured it’s a good time to talk a little bit about Spanish politics.

In the last article, I mentioned that Spanish Republicans are not like American Republicans. A Republican over here is in favor of a republic, and therefore against the monarchy. They’re more liberal than conservative, and a lot of people who consider themselves to be anarchists, communists, anarcho-syndicalists or what have you are also Republicans.

Of course, most Americans don’t even know what the word “republic” means. Well, that’s what the dictionary is for. Here’s Merriam-Webster: republic (n) a country that is governed by elected representatives and by an elected leader (such as a president) rather than by a king or queen.

Spaniards are still shocked by a speech in which President Bush II gave thanks to his friends in “the republic of Spain” because it’s not–it’s the Kingdom of Spain.

In any case, this week the Republicans have been all excited about the future of the monarchy–most people I’ve talked to personally think it would be a good idea to have a referendum to decide if the monarchy continues or not.

However, the establishment parties in the government are refusing to even entertain the notion. 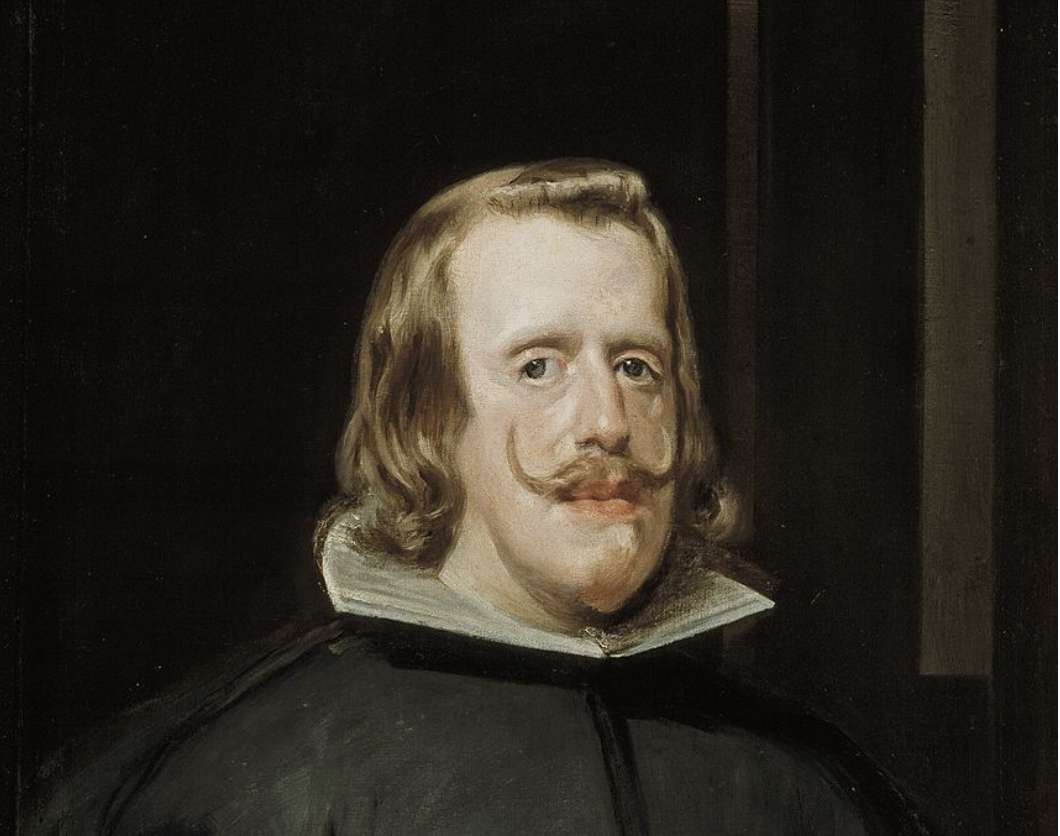 Felipe IV, in a portrait by Velazquez–one of our future King’s illustrious namesakes.

The Constitution establishes the monarchy, and it also says that a referendum can be called over important political questions, but apparently the PP and PSOE have decided to ignore that second part and stick with the first. So monarchy it is.

The big story yesterday was about El Jueves (a great humor magazine that’s been around quite a long time) suppressing a cover that had to do with the King’s abdication.

Two artists who worked for El Jueves for many years have resigned over the issue–Albert Monteys and Manel Fontdevila, whose comic Para Ti Que Eres Joven is absolutely brilliant.

It’s not the first time El Jueves has had problems when they criticised the royal family: back in 2007 the police confiscated a whole print run when the cover showed Felipe and Letizia (who in a couple of weeks will be King and Queen) having sex.

The caption, which I still find hilarious, made reference to the socialist government’s policy to pay new mothers a subsidy of 2500 euros. Prince Felipe, while “giving it” to the Princess, said something like “Just think–if you get pregnant, this will be the closest thing to work that I’ve ever done!”

Well, life goes on. And the monarchy, for now, continues.

From la Zarzuela, the official comment has been that the reign of Felipe VI does not I repeat DOES NOT represent a new era in Spanish politics–it represents continuity, stability and more of the same.

As a foreigner, I find Spanish politics to be weird and incomprehensible. It feels a bit like watching the orangutans at the zoo–I’m so far outside their world that all the posturing and plays for dominance seem, from my perspective, ridiculous. But of course, for them, it’s deadly serious.

I have mentioned elsewhere that living abroad messes with your head. Most of my own liberal tendencies have barely survived life in Europe.

Why? For one thing, I’ve seen what socialism does to people. People who have the expectation that the government is going to solve all their problems for them often end up as kind of lazy sit-around-whining-and-wait-for-something-to-happen types. It ruins initiative, as people feel like they can’t do anything without a government subsidy.

For another thing, being abroad has made it clear that a lot of classic White American Liberal Guilt™ is total bullshit.

Back when I was an American liberal, I had the idea that everyone out there in the big broad world “hated Americans.” It was something that fashionable for American liberals to believe, at least back in those days. And since most Americans never go abroad to test these assumptions, they seem reasonable enough.

In actual fact, I have come into contact with literally thousands of people out here in the big broad world outside the US border and found perhaps 5 or 6 who had some problem with Americans. That’s a pretty small percentage.

In any case, ideas that qualify you as an extreme liberal in the US are just socially accepted facts over in Europe. Not even the conservatives are against the idea of basically free health care for everybody. And they’d get their asses handed to them in the next 20 elections if they even considered firing public workers.

So now the Spanish left is going out of its way to defend the monarchy, and even the New York Times (that bastion of the American left) is publishing opinion articles like Monarchies, more useful than you think.

Has everybody lost their minds? Well, not really. It’s just a political reality. Changing constitutions is pretty difficult. Even interpreting them is tricky. And there’s not much to do about it.

God save the new King! Whether we like it or not, we’re probably going to be stuck with him for a few decades.