Is the Spanish government hypnotizing you?

It’s been a long day.

I’ve been explaining the correct pronunciation the word beach since early this morning, and finally my classes are over.

I leave work, heading for home and my ridiculously late Spanish dinner. The end of another normal day here in Madrid.

Hm. The streets are quiet this evening, I think. I wonder where everyone is.

Then it hits me: football.

I glance into a couple of bars for confirmation. Each one presents the same panorama: Spanish men sitting openmouthed in the dim light facing a TV screen, arms crossed and eyes glazed over, showing all the joy of someone recently lobotomized.

Occasionally, and from their throats comes a tremendous roar: the roar of hundreds of thousands of men all over the city simultaneously shouting because one overpaid 24-year-old has just kicked a leather ball between another overpaid 24-year-old’s legs.

And into a net.

How little things have changes since the Roman satirist Juvenal decried his countrymen’s passivity, saying that they had given up meaningful participation in society and were now interested in but two things: filling their bellies with bread, and their eyes with mindless entertainment.

Today’s Spaniard might not know it, but he’s fallen into the same trap as those Romans did 2000 years ago – he’s letting the government brainwash him by distracting him from what’s truly important.

It’s Gladiator all over again… Save us Russell Crowe! 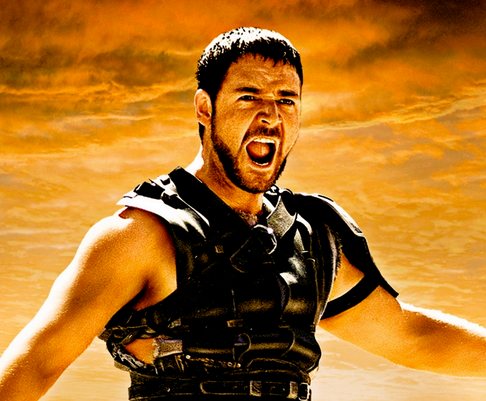 Yes, football is part of the government’s plan to brainwash us: mass hypnosis at its finest. At least that’s what some people think.

Humble Spain, at the bottom of Europe in so many different ways, dominates football. And millions of Spanish men who should be plotting the overthrow of the state are instead passively sucking on bottles of Mahou (the third-rate local beer) and watching a bunch of kids with gelled hair mince around in knee socks.

All the while, Mariano Rajoy and his zombie minions sit back and laugh: Yes, enjoy your football, you fools! Mua ha ha ha ha!

Of course, our current political class is very different from the Ceasars and Senators of ancient Rome. For one thing, they’d probably look pretty ridiculous in togas. And for another, they’re not really coming through with the panem part of the bread + games = contented populace formula. If anything they’re cutting back on panem for everybody to satisfy the troika and Angela Merkel.

And Spain isn’t the only place in which devious government conspiracies keep people’s attention off the possibility of a proletarian uprising.

In the US, the same thing happens. Kim Kardashian’s love-handles get more talk on CNN than the “real news.” And American men sit drinking Budweiser (which if anything is worse than Mahou) and watching American football (which is similar to European football, but even more mind-numbingly boring).

Clearly, it’s all part of the Obama administration’s plan to keep people glued to the TV watching rich girls’ big jiggling buttocks and beefy linebackers’ straining thighs. All the while, the government carries out their secret plan to implement a Nazi/Communist system of healthcare-themed deathcamps, and to take welfare checks from deserving white people and give them to those lazy minorities.

Over here in Spain, though, we have no love-handled Kim Kardashian. She probably couldn’t even find Europe on a map of Europe. Plus, we’ve had sinister government-controlled “health centers” in every neighborhood for decades.

These days, the government needs something even more devious to keep people’s attention off what really matters.

Enter Cristiano Ronaldo and his miraculous six pack. His throbbing pecs and his well-turned calves. If this isn’t mass hypnosis, I don’t know what is. 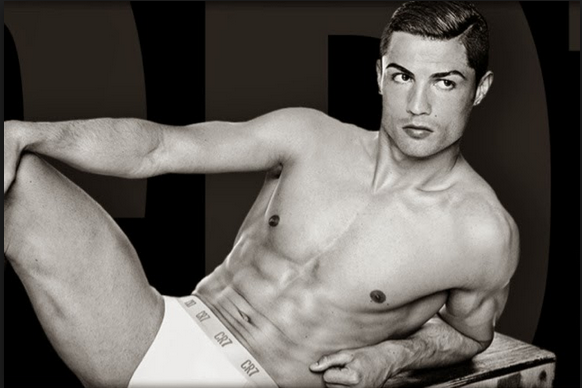 Crisitano Ronaldo models a pair of tighty-whities for an adoring public. You can buy them in a variety of sizes and colours right here.

Ronaldo in his underwear, Ronaldo stepping out of the shower, Ronaldo pouting seductively, Ronaldo displaying his package in a variety of postures and from a variety of angles–everywhere you go in Madrid, there’s an ad on a bus stop or billboard advertising Ronaldo’s junk.

Just look at it. Relax. Forget about your problems. The government will take care of everything.

If you’re getting uncomfortable looking at CR’s “little monster” we have the more intellectual form of mass hypnosis. Maybe this is more your style: 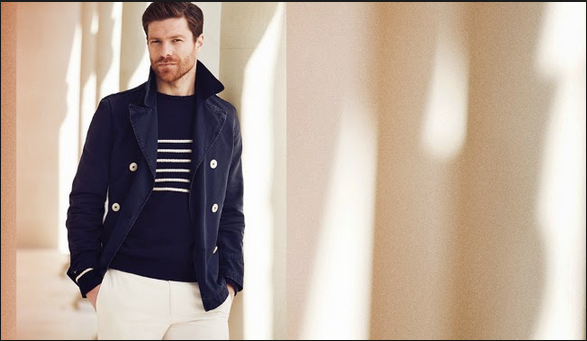 Xabi Alonso: seductive, debonair, modelling a pea coat for the Corte Inglés. Next time you’re in the city center for a protest, stop and think: there’s certainly a Corte Inglés nearby. Why not stop in for a pea coat?

Xabi is the thinking man’s footballer. And is there anything sexier than reddish stubble? No. Definitively no.

So, rather than practicing their molotov-toss, Spanish men watch football.

And all the while, the government faps around, fudging the statistics about the economy and giving the Virgin Mary awards for her policework.

Rajoy and his minions laugh heartily as Spaniards everywhere sit and watch Ronaldo run back and forth chasing a little ball, hypnotized by the sight of his fantastic muscles straining under his sweaty Real Madrid jersey.

In international play, Spanish gentlemen of all social classes and occupations are hypnotized by the rugged masculinity of a seemingly inexhaustible supply of athletes named Xabi, Javi, Xavi or Jabi.

How does the Spanish government manage it?

This is the real mystery. In recent years, everything in Spain has gotten progressively worse. Unemployment has soared, nearly everyone has taken a pay cut, and a whole generation is emigrating to spend the best years of their lives folding sweaters at a Zara in London.

Spanish football, however, has only gotten better. Let’s face it: those overpaid 24 year olds are awesome. The national team has won an unprecedented hat trick of two European Championships (2008 and 2012) and a World Cup (2010) and now Real Madrid and Atlético de Madrid are slated to play the final game of the UEFA Champions League in a couple of weeks. Real Madrid has won the Champions league 9 times–more than any other team.

If the government has some magical power to make things awesome, why don’t they do it with the economy?

Is there some miracle-working football wizard in a corner office in one of the ministries, pulling all the necessary strings to keep Spanish football at the top of Europe?

If so, it’s the only indication of anything but corruption and incompetence we’ve had from a Spanish government in a long time.

Don’t let yourself be sucked into the government’s mass hypnosis. Wake up!

If only Russell Crowe were here… He’d know exactly what to do.

P.D. Update, February 2016. A lot has changed since I wrote this article. Casillas is old and washed up and in Oporto. We no longer have a government. And Spain is really not that great at football anymore. Or maybe they are and I just don’t care. Anyway… Enjoy Ronaldo’s package.