One of the great things about Spanish life is the absurd number of public holidays. But this year, due to the complex calculations involved in determining when Ash Wednesday and Easter will be, we’ve been working for – get this – 3 consecutive months.

Finally, the end is in sight: next week is Holy Week, which for the uninitiated is like a Catholic version of Spring Break.

Some Spanish traditions you might want to keep in mind if you’re around for the occasion: 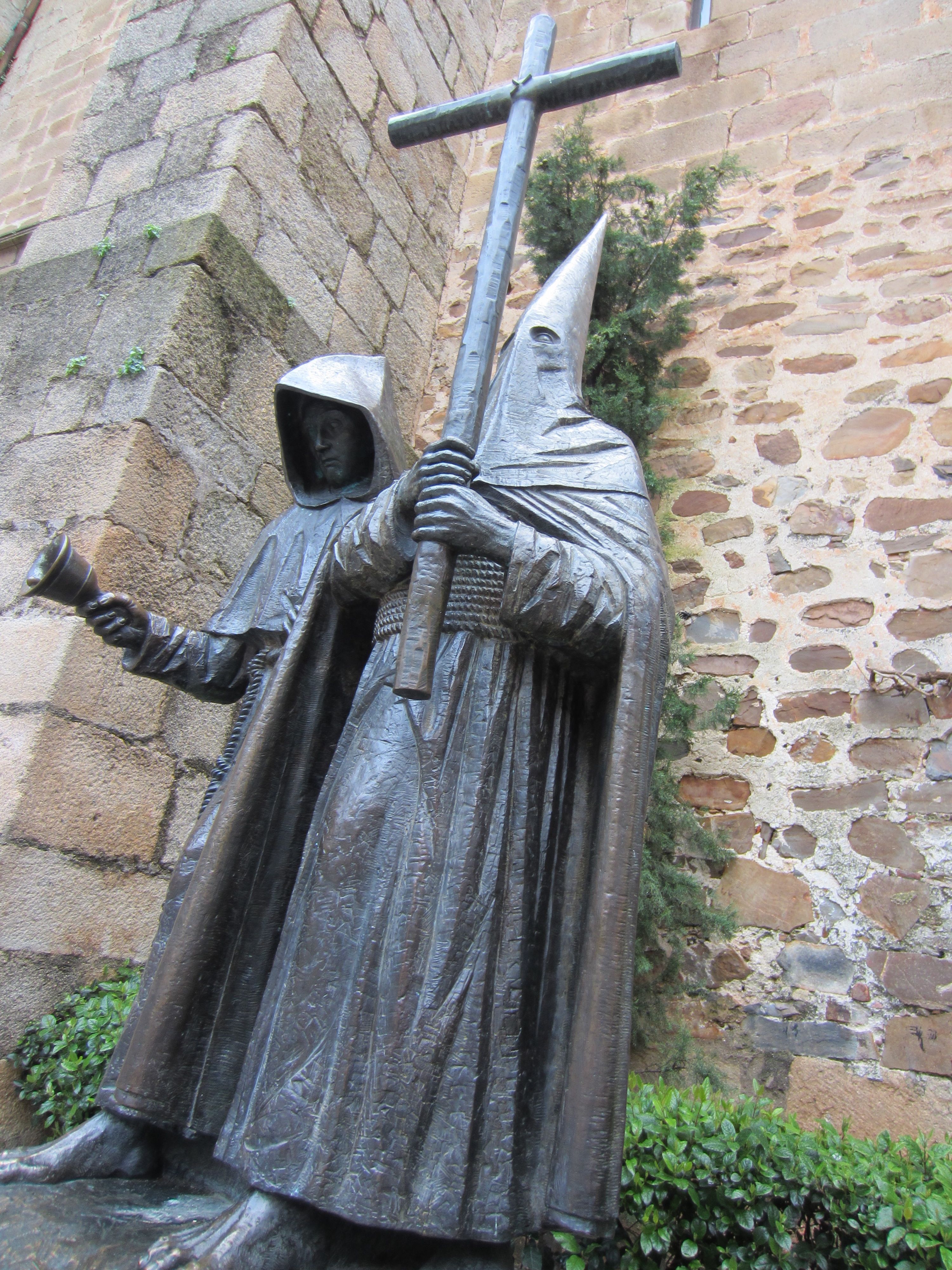 Religious processions are a big deal for a lot of people, and they basically involve taking the images of the Virgin Mary or of Christ out of the local church and walking them very slowly around the neighborhood. There are lots of guys in pointy hats–KKK-style, which is creepy. Apparently the Klan ripped off the look for some reason. Check out this video I made for an idea of what the processions are like: procession in Trujillo, Extremadura.

Since it’s always raining somewhere in Spain during springtime, you can see the news reports of small-town people weeping because they can’t take their Virgin out–they spend a lot of time preparing for these things and it ruins their whole spring when the procession is cancelled. But at some point during the week you should be able to catch one. They’re a little bit boring if you’re going to stand there and watch the whole thing–don’t say I didn’t warn you!

Please, whatever you do, don’t point out to a Spaniard that their torrijas are just what we call French Toast by another name. Well, almost. I guess we could fixate on the little differences (torrijas are fried rather than cooked on a griddle, for example) but I’d say that torrijas are a pretty good stand-in for French Toast anytime. Check out a few of the 7 best pastry shops in Madrid for some places to get them. Or just ask in your local bakery or make your own. Also big at this time of year are buñuelos. And right around the corner? San Isidro and all the different rosquillas!

3. The Beginning of Bikini Season

It depends on the weather, of course, and if you’re nowhere near a beach I guess you should forget about it. But hopefully you’ve got your nether-regions waxed and you’ve been doing your crunches, ’cause it’s time to start thinking about that most wonderful of all Mediterranean traditions: spending long hours doing absolutely nothing on the beach.

Can I resist the temptation to put a link to my (world famous) beach vs bitch article here? No, I can’t.

It’s hard for a guy like myself to just sit and do nothing (or at least to pretend I’m having fun while doing so) but as some Irish guy points out over on the otherwise totally useless Swide, if you’re dating an Italian woman you can pretty much forget about spending the sunny months any other way.

I’ve actually got a couple months before it’s time to hit the sand and start showing off my pecs, but if you’ve got a beach nearby, these holidays are a good time to start working on your tan.

If you’re genetically capable of producing melanin, that is.

Well, have a good Holy Week everybody… I’ll be back in a few days with goodness knows what other nonsense for your entertainment.

Okay, okay. Mostly for my own entertainment.

P.S. Check out the FAQ. It’s new, shiny and wonderful! If you’ve got any questions you want me to answer, let me know in the comments…