Another New Article on Vaya Madrid

Well, the hugging and learning continues over on ¡Vaya Madrid!

Check out my new piece, which (of course) I enjoyed writing quite a bit.

This new article is a continuation of the previous one. Feel free to start with the old article if you want some context.

(Updated: ¡Vaya Madrid! is kaput, and most of the old articles are now right here on the Chorizo Chronicles.)

And life goes on…

One of the larger philosophical conclusions I’ve reached from this whole “living abroad” experiment–which, God willing, will continue for several more decades–is that life goes on, wherever you are.

You can only be in one place, and by being there, you’re excluding all the other options. So you damn well better make the most of your life, wherever you live. As John Carlton says over at the Rant, you only get one ticket to ride the roller coaster, and nobody knows when the ride will end. And of course, the train started moving years ago. 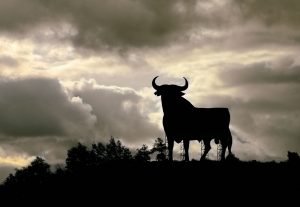 Back around 2006, I was seriously doubting whether I should stick around in Spain or move on to some other country. This was even before the massive economic crisis and austerity plan, imagínate.

The conclusion I eventually came to was that if I left, I’d just have to readjust to life somewhere else.

Go through all sorts of culture shock. Get used to a lot of new things. Spend a couple of years in which I barely knew anybody. Probably learn a new language. Find a new job. Deal with all the locals and their ideas about Americans. Feel like some sort of permanent tourist–a tourist who’s simultaneously in the middle of his daily grind and has nothing to go back to.

In short, it would suck. So I felt I was better off just staying in Madrid.

When I think back on everything I went through to get to the point where I could say I have “a life” here in Spain, I realize: if I had known what I was getting into back when I was 21, I probably would have just moved to Portland like everybody else.

But when I decided it was time to get the blankety-blank out of Dodge, Portland didn’t seem like it was far enough away. All the slack-jawed local yokels (virtually none of whom would have been able to locate Spain on a map) tried to talk me out of moving abroad.

Foreign countries, they all agreed, were probably dirty and dangerous. Not that they had ever been to one.

Why not move to somewhere closer? San Francisco was practically right around the corner, and Portland was just a couple hours by plane–I could spend my 20s cycling to Whole Foods and drinking craft beer and hanging out with vegans and it would all be so quaint and pseudo-European.

In retrospect, I’m glad I made the decision I did. But damn. I’m also glad I did it when I was too young and stupid to know any better. Having to do it all again now would probably be torturous, and as much as I try to stay open-minded, a lot of time has passed and I’m not even close to being a teenager anymore.

P.S. See also: 4 Things I Wish I Had Known About Life in Madrid.