The Austerity Chronicles: Week two of the street sweepers’ strike

The street sweepers are on strike–they have been for almost two weeks at the time of this writing–and walking anywhere means dodging large agglomerations of trash and holding your nose to avoid the stench of rotting everything. 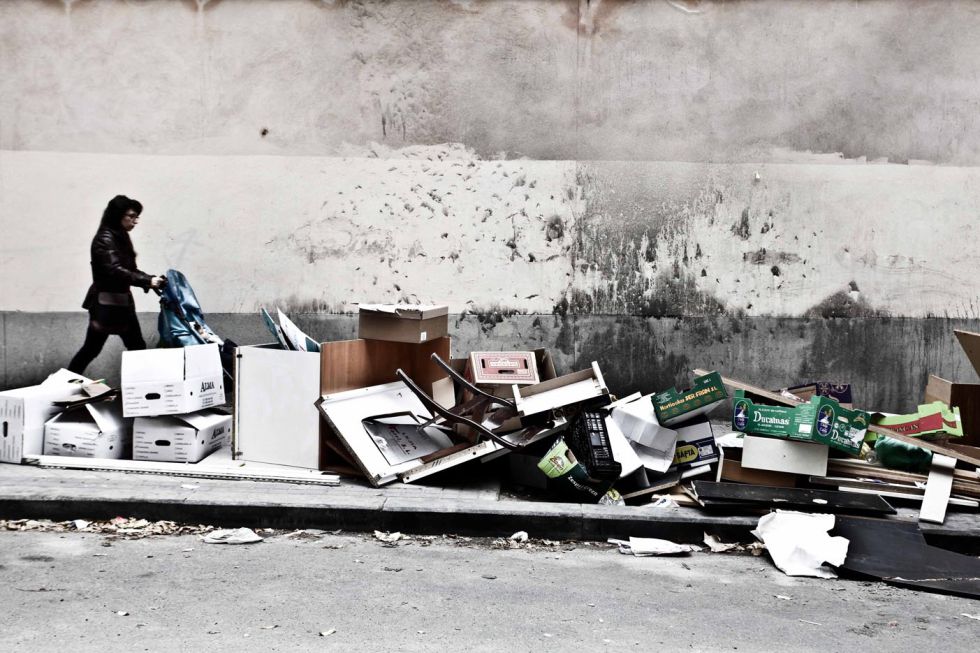 Photo submitted by a reader of El País.

This is, of course, rather ironic. Tourism in Madrid has dropped sharply this year and many people already complained of the city being dirty.

How does the local government respond?

Logically, by cutting the budget for street cleaning. The companies that have the contracts want to pass the cutbacks on to the workers, cutting already-bad salaries by as much as 40% and firing a percentage of the workers. This makes the garbage strike last year look like small potatoes.

And so far, there’s no end in sight. Some people continue working, and the very touristic areas like Plaza Santa Ana and the area outside Museo Reina Sofía were spotless when I walked through them last night. But if you go (as you inevitably will) off on a side street it’s like any other post-apocalyptic dystopia.

I imagine the tourists don’t know that the street sweepers are on strike, and so they’ll just go back home and talk about how Madrid is a squalid hellhole–better to go to Barcelona or Lisbon next time!

Of course, our beloved mayor Ana Botella says that everything is fine. It’s a conflict between private companies and their workers, and the government shouldn’t get involved. Anyway, there’s no health risk. It’s just two weeks of rotting garbage!

Well, what about the pile of used latex gloves outside the dental clinic near my house? Is that not some sort of health risk? What about the large amounts of canine excrement that are accumulating on the sidewalks?

Hopefully there will be an agreement soon, but in any case, if my boss tried to cut my salary by 40% I’d be on strike, too.

See also Scenes from Spanish Austerity or Pros and Cons of living in Madrid if the fancy strikes you.