Are Europeans More Civilized than Americans?

Zio Enzo is possibly not the uncle of anyone I know.

In any case, he’s a toothless 70-something Italian man who everybody is calling Uncle.

He’s wearing a baggy black suit on a Saturday afternoon, and explaining to me, in his barely-comprehensible central Italian dialect, all the reasons why I should become a Jehova’s Witness.

We’re standing in the garden of a house in some nameless small town in Italy and everyone’s taking an interest in the American – in me.

Aunts and uncles are gathered round. In-laws are peering over my shoulder. Background noise is supplied by tiny cousins, who ride around on tricycles, shouting.

Will I accept Jehova into my heart?

But standing there, politely nodding, it occurs to me that the same conversation is taking place right now in a thousand backyards in Alabama or Kentucky or (Buddha save us!) Arizona…

Anywhere that God-fearing people with hideous accents gather, someone must be converted to the one true faith, whatever that may be.

It’s times like these that I question Europe’s reputation for being a highly civilized place.

Back in the United States, some people have the feeling that Europeans are all high-brow culture buffs. That the average person’s evening in any city from Lisbon to Istanbul is taken up listening to piano concertos and sipping champagne in some enormous drawing room.

I admit that I was once guilty of it. I’s the impression Hollywood gives us.

Maybe we’ve seen some Woody Allen films and just decided that everyone in Europe is rich and has exquisite taste.

What we don’t know is that Europe, like anywhere else, is secretly full of rednecks!

Of course, Euro-Rednecks are different than American rednecks. They’re certainly not shuffling around WalMart in a trash-bag-sized jogging suit.

They have some dignity.

But they’re not going out and buying season tickets to the symphony either.

Also, before you accuse me of being snobbish, I’m from Arizona. Some of my best childhood memories involve shooting rats for fun.

I know rednecks. I probably am one myself.

The municipal pig in a small town in the Salamanca province. I think this was Mogarraz. It’s a nice place. But Woody Allen probably won’t be making his next film there.

But since we’re here…

I’ve got a few things I’d like to point out about the whole “Europeans are more civilized” myth.

Many argue that Europeans are more civilized because they don’t have the death penalty. It’s true that capital punishment was abolished years ago across the European Union.

However, to say that Europeans are a bunch of pacifists is to ignore thousands of years of European history, a history that much of the time tells of violence and conquest and intolerance of one kind or another.

You spent 3000 years slaughtering each other wholesale and now you’re calling other people uncivilized? Please!

In Spain, people were being executed by firing squad as recently as 1975, which means to me that the new culture of peace and non-violent conflict resolution is nothing more than a historical footnote.

I’m American and I’ll be the first to admit, the death penalty is barbaric.

But so was, for example, fascism.

Italy, France and Spain have wonderful food culture. It’s because they can grow all kinds of fruits and vegetables all year round.

Food culture in the north of Europe is very very different–Spaniards go to Germany and complain that the extent of German cuisine is sausages and potatoes, or to England, where beans on toast is considered to be a respectable meal for breakfast, lunch or dinner.

And let’s not even talk about Scandinavia, where some typical foods consist of fermented intestines, rotting fish and the like.

Prepackaged industrial crap is a godsend if your “traditional cuisine” has to be kept in a bucket outside in order to keep the whole house from smelling like a sewer.

And about the wine thing…

The Mediterranean produces millions of liters of wine every year, which means you can get it anywhere and everywhere. 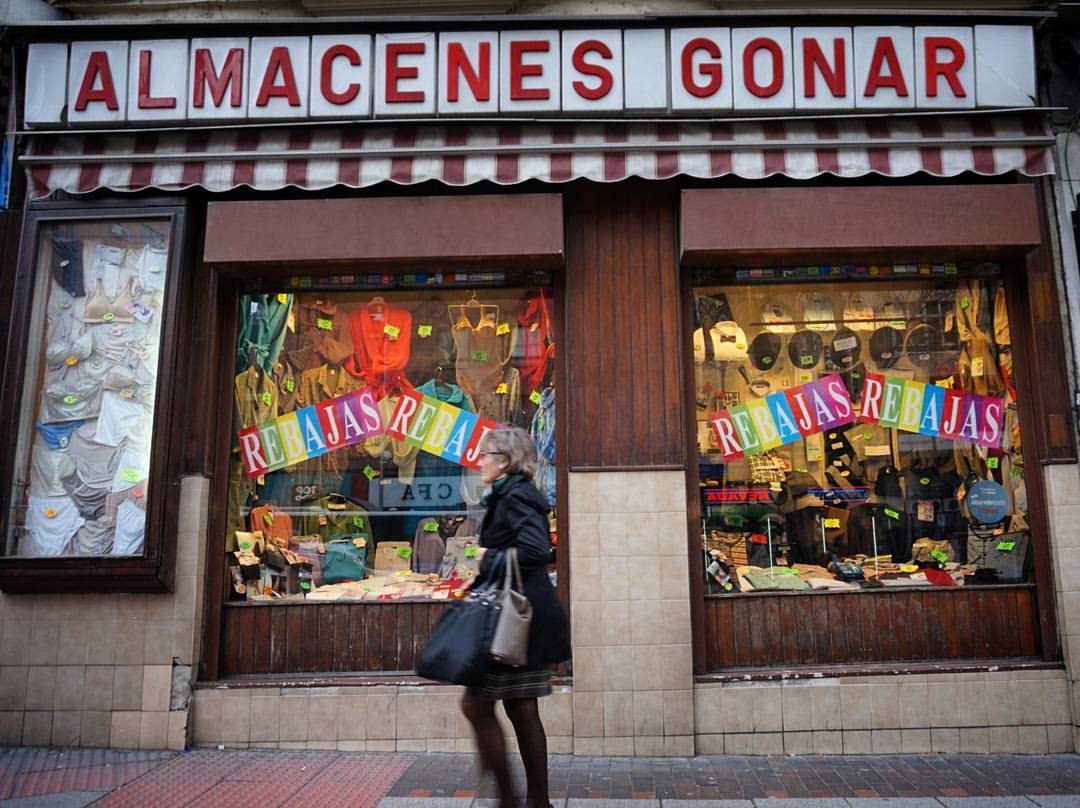 In many parts of my neighborhood, time seems to have stopped around the year 1959. And I don’t mean that in a good way.

Americans see a bottle of wine and start thinking all kinds of high-culture thoughts… Oh, if only I could marry a famous neurosurgeon so we could afford to drink wine with dinner!

Over here, wine means something totally different. It’s just a fact of daily life – a lot of people in small towns drink something that’s homemade and not very good.

My (now ex) in-laws buy wine in 5-litre jugs from a neighboring farmer, and then water it down before drinking. Nobody had to marry a neurosurgeon to make that happen – it’s cheap and local and doesn’t make you go blind.

Europeans may eat better than Americans for a number of reasons, but they’re mostly not foodies in the pretentious American sense. They’re just eating the available local products, grown by local farmers or produced by local artisans.

Also, some of it would probably horrify your foodie sensibilities. You should see the stack of pig heads at my local casquería.

Which brings us to…

With regard to artistic accomplishments, it’s true that Europe is simply full of all kinds of beautiful art and architecture.

Because they’ve been making such things for, oh, let’s say a couple of millennia longer than Americans have.

Some of the most impressive buildings in Madrid were built before American independence, and you can’t take a day-trip anywhere without finding churches, monasteries or ancient ruins of some type that were built long before Columbus was born.

Many places (like Mérida, Extremadura) have monuments going all the way back to Roman times. That’s two thousand years or more!

American art and culture are still–comparatively–in their infancy, so if you can drive around Toledo, Ohio all day without running into anything of artistic value, that’s why. Just try doing the same in Toledo, Spain.

In any case, I suspect that many or most of your average Europeans haven’t been inside a museum since they were taken there on a high school field trip.

Because, as I previously mentioned…

Go to any small town in Europe and talk to people for a few days (you’ll probably have to learn their language first) and you’ll notice the inescapable fact that a lot of them are like small-town folk anywhere else.

Not particularly knowledgeable about the outside world. Haven’t left their region more than a few times in their lives. Conservative or strongly religious or both.

They have their small Old World lives like their parents and grandparents had. They drive tractors or wander around behind a flock of sheep. They’ve never spent a semester lecturing at the Sorbonne or painting portraits of Countesses in Florence.

They’re the Europeans Woody Allen seems to pass over in his films.

I always remember a trip to Cuenca (about two hours to the east of Madrid) a few summers ago. There’s a hill next to the city with a figure of Christ on the top, and I wanted to walk up to see the view.

I stopped an old man on the edge of town. He was hobbling down the street bent over a cane. He was 90 years old if he as a day. I asked him the best way to walk up the hill and he said, “Oh, I don’t know. Lived here my whole life, but I’ve never been up there!”

P.S. See also: American Ignorance. It’s my belief that we’re all ignorant about more than 99% of everything. So why blame others for not knowing about the 2 or 3 things we know about?

P.P.S. Foodies! Want to come to my house for some tripe stew and table wine? It’ll knock the pretentiousness right outta you! Let me know in the comments…