Today I’m going to talk about a topic which is important for all of us who live in Europe: how to get tipsy at lunchtime. Specifically, the three most important regions in Spain for red wines: La Rioja, Ribera del Duero and Valdepeñas.

La Rioja: An autonomous community in the North of Spain, just south of the Basque country. The capital is Logroño, and the wine is, for many, synonymous with Spanish red. They make 250 million litres of wine a year under the Denominación de Origen Calificada (DOC) Rioja.

Rioja can be expensive, but there are plenty of cheap (under 10€) wines, too. Some classics are CVNE (pronounced Cune–Spaniards are sort of confused about the difference between V and U, for historical reasons),  Marqués de Cáceres and Marqués de Riscal–I don’t personally like Marqués de Riscal that much, but they’re quite famous for paying Frank Gehry a ton of money to make a godawful Guggenheim-style monstrosity of a building to house their winery. Actually the Guggenheim is quite a bit more elegant. Anyway…

A lot of times if you order wine at a restaurant, they’ll ask you if you want “Rioja or Ribera.” Ribera is a little bit more expensive, and considered to be better by many. 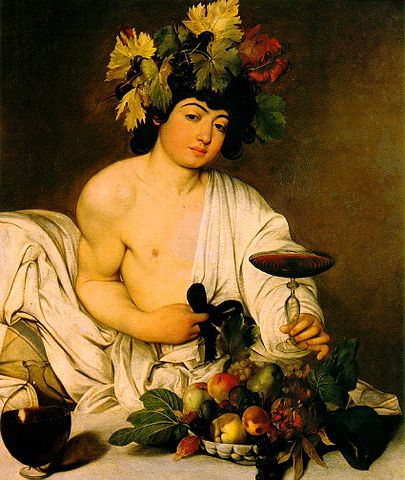 Ribera del Duero: The famous Ribera is an area along the Duero river, close to the city of Burgos. Incidentally, it’s spitting distance from La Rioja. It’s a smaller area, and produces less wine, but they have a good reputation and tend to be more expensive. One of the most famous wines from the area is Protos which is a good beginner’s wine.

The Duero (or Duoro) river is the same river that flows through the Portuguese city of Oporto, world famous for the export of Port Wine, and also worth a visit.

Valdepeñas: This is your typical, cheaper table wine. I think a lot of Valdepeñas wines are great, but they don’t have quite as good a reputation as Rioja or Ribera. The Valdepeñas area is in La Mancha, to the south of Madrid. All of La Mancha is a big wine-producing area. A lot of the wine is made for export to countries like the USA where they don’t really know what good wine is and will drink anything. Ha! Just kidding. Actually, not really.

A typical cheap Valdepeñas that’s very good for the price is Señorío de Llanos, made by the same folks that make Don Simón box wine. If your budget is less than 5 euros, a Señorío de Llanos is a good bet.

Usually, supermarkets will have their wine sections divided by region of Spain, so you can find a whole shelf of Riojas, a shelf of Riberas, and a shelf of Valdepeñas or La Mancha. There are a few places where you can get international wines, but why would you? Spain has such a high quality and incredible variety that you really don’t need wine from anywhere else.

There are, of course, many other wine producing regions like Cariñena, Toro, Navarra and El Bierzo that make great wines in smaller quantities. I’ll talk about some of them… another day!