Spanish proverbs are a lot of fun!

Here are 4 more fun Spanish proverbs, for your literary and linguistic enjoyment.

I have a sort of collection of proverbs, at least in my head, and I’m adding more all the time.

And like I wrote about in the previous article about Spanish proverbs, there are a lot of proverbs that have very specific anatomical references and aren’t politically correct at all. However, over here, most people aren’t afraid of using explicit language.

This is a proverb about Spain’s shitty weather. A grajo is a crow or a raven. The translation doesn’t sound very good in English, and things like un frío de cojones are a bit ambiguous. Let’s say: “When the crow flies low, it’s very cold, and and when it sits on the balcony, you freeze your balls off.”

I don’t know if this is something that crows really do, or if it’s just something they say because it rhymes. Anyway, it’s fun. And as long as we’re talking about black birds… 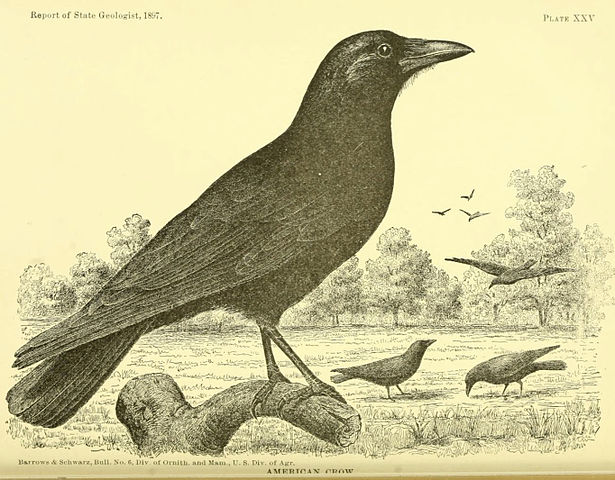 That crow is in the public domain, so fuck off…

I believe we could translate this as “You reap what you sow.”

However, it seems to be more about raising children in Spanish. If you raise your children to be like crows, don’t be surprised if they peck your eyes out. According to a thread on wordreference, we apparently say “How sharper than a serpent’s tooth it is to have a thankless child!” in reference to King Lear.

I’ve never heard that, but then again, I’m not a Shakespearean scholar.

Who is, these days?

“When the devil gets bored, he kills flies with his tail.”

I guess this is a Spanish version of the English expression “Idle hands are the devil’s workshop.” Spanish people aren’t exactly big on finding miserable thankless work just to keep them busy. But maybe at some point in history they were.

In the Puritan States of America, of course, if you’re not always busy, you’re probably some sort of ne’er do well.

A large part of my education was focused on making it psychologically impossible for me to be inactive more than half an hour (and it worked!) but it would seem that in the Mediterranean they don’t worry about teaching their kids that sort of thing.

“Between a saint and a saintess, put a stone wall.”

This means that it doesn’t matter how good and holy a person is, they can slip up and do something wrong. Imagine a saint and a saintess sharing a hotel room for a few weeks–eventually something’s going to happen, no matter how much they love Jesus.

Well, I hope you’ve enjoyed these 4 more fun Spanish proverbs! There are a lot more where those came from. Let me know some of your favorites in the comments!

Have a great day,

P.S. See also 10 obscene Spanish expressions. Or hey, how about my new article on sex in Spain? Have fun, y’all!