Bill Bryson Goes to the real America… my America

Living abroad, I come into contact with people from basically everywhere in the world.

People from Inner Mongolia, Uzbekistan, or the edge of Siberia, people from villages lost 3 days up the Amazon river from some city that’s two days’ bus ride from Rio de Janeiro.

The number of places in the world boggles the mind.

We’re most definitely not in Kansas anymore.

The craziest kind of foreigner

One specific kind of foreigner I’ve come into contact with over here in Europe is what I grew up calling an Easterner.

It was a sort of mutual ignorance of one another that worked pretty well, as long as nobody made the trip across the Mississippi to find out more. And luckily, not many did! 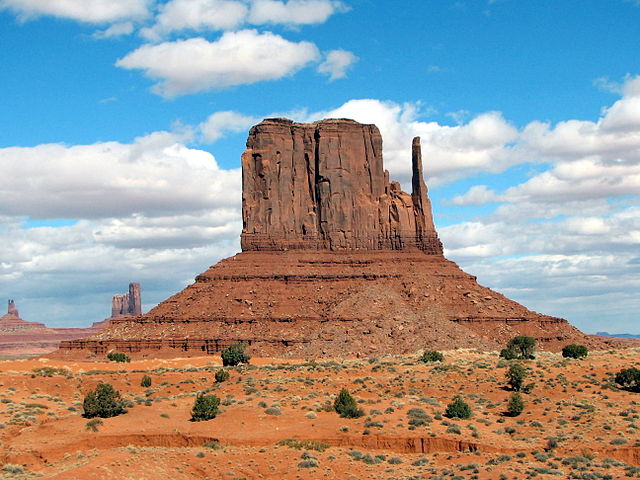 However, in Madrid I’m surrounded by Easterners (and their equally exotic counterparts: people from San Francisco).

Apparently, from what I’ve managed to understand of their psychology, culture and customs, Easterners (and San Franciscans) live in a strange parallel America where none of the real rules apply.

In AmericaLite, they have things like infrastructure, passenger trains, and parks – all things we had to look up in an encyclopedia back on the farm in Arizona in order to understand.

In AmericaLite, they have trees instead of cacti. They have agriculture. They have fashion.

In AmericaLite, you can do things like wear a black t-shirt to school without being accused of being a Satan worshipper.

(Are you from AmericaLite? I actually got bullied for wearing black t-shirts back in the day. This shit is real.)

In AmericaLite, you can listen to non-Christian rock music without being a social outcast.

In AmericaLite you can ride a bicycle without some fat hillbilly in a pickup truck with a BOMB IRAQ bumpersticker trying to run you off the road.

Proudly trying to run you off the road. For ideological that’s-our-oil-in-their-sand-and-what-are-you-doing-riding-a-bike-you-commie-bastard reasons.

Things you can do in AmericaLite.

But really, that’s not Real America. That’s not where I’m from.

Last night I came across this jewel from Bill Bryson in The Lost Continent, in which (after a long interstellar journey from his home planet) he finally reaches the Southwest.

(Updated: technically, Bryson is from Iowa. Which is not very Lite. But I stand by my finding this paragraph to be ridiculous.)

In the early afternoon I crossed over into New Mexico–one of the high points of the day–and sighed at the discovery that it was just as unstimulating as Colorado had been. I switched on the radio. I was so far from anywhere I could pick up only scattered stations, and those were all Spanish-speaking ones playing that kind of aye-yi-yi Mexican music that’s always sung by strolling musicians with droopy mustaches and big sombreros in the sort of restaurants where high-school teachers take their wives for their thirtieth wedding anniversaries – the sort of places they like to set your food alight to impress you.

It had never once ocurred to me in thirty-six years of living that anyone listened to Mexican music for pleasure. Yet here there were a dozen stations blaring it out. After each song, a disc jockey would come on and jabber for a minute or two in Spanish in the tone of a man who has just had his nuts slammed in a drawer. There would then be a break for an advertisement, read by a man who sounded even more urgent and excited – he clearly was having his nuts repeatedly slammed in a drawer – and then there would be another song. Or rather, it would be the same song again, as far as I could tell. That is the unfortunate thing about Mexican musicians. They seem to know only one tune. This may explain why they have difficulty finding work anywhere other than at second-rate restaurants.

Oh, Bill! I envy you, as always! Getting paid to travel around and be sarcastic about everything… Here I am doing it for free!

I wish I were half the writer that Bill Bryson is.

I guess I’ll have to write a post about Los Tigres del Norte one of these days. There’s a lot to say about Mexican music, and I think even people in the Real America who don’t speak Spanish are missing out. I sure was.

P.S. See also: Memories of a Redneck. And if you want more Bryson, see my opus (in his style) How to Have an Ellis Island Experience. Bryson’s still better. But I tried.