5 reasons why living in Spain is pretty damn glamorous

If you’ve been living in Spain for a while, I’m sure you have.

You’re at home in your room in a shared flat, listening to your upstairs neighbors attempting, violently, to procreate, and you log onto Facebook.

For some reason, you find yourself looking at photos of people you went to high school with back home, and thinking…

Well, thinking a lot of things.

But mostly, thinking, “Holy fuck look at the size of those houses!”

Yes, unfortunately we’re giving up a few things in exchange for our glamorous European lifestyles.

While people we went to school with are back home having “careers” and living in houses –not flats, I mean actual houses! – we’re living in Spain, riding around on public transport, working till 9 or 10 PM, and sharing living spaces that your pathetic alcoholic uncle would be ashamed to call his own across the pond.

In a way, I sort of envy those people back home: They drive cars. They don’t have upstairs neighbors. Their monthly salaries ascend to four figures!

That way, when summer comes, they can afford to use air conditioning…

5 reasons why living in Spain is pretty damn glamorous

Is living in Spain overrated? What exactly are we getting out of this whole European experience?

A lot, I guess. Here are 5 things that stick out to me. If you agree (or if you disagree) head down to the bottom and leave a comment.

But read the article first, okay?

I take comfort in knowing that if I ever went back to Arizona, I could pretty much be guaranteed to find a job selling pickup trucks based on my knowledge of Spanish.

I see myself wearing a cowboy hat and a pair of Wranglers, out in the 120 degree heat on a car lot in Mesa, being the token Se Habla Español for some guy named Tex.

Of course, in my weaker moments, I think this would be a step up. I might earn a big juicy commission. I might be able to go back to the world of “people who own an automobile”.

And polyglots are sexy. Ask me how I know.

It’ll be worth it down the line.

2. We’re getting some valuable life experiences

It’s all just stuff that happens, and nobody gets a practice run.

However, people seem to think that travelling is a valuable opportunity to grow and expand your horizons, and I suppose, in a way, it is.

When you get out of your hometown and home country, you realize that everything people are doing, thinking and believing where you come from is basically just the local kind of groupthink – everybody is thinking that way because everybody else thinks that way.

And it’s all sort of arbitrary and absurd.

Travelling helps you to divide what’s “human nature” from what’s local culture – something you’d probably never be able to do back on the farm.

And of course, I can’t mention valuable life experience without mentioning the opportunity to date people of many different nationalities.

Who wants be lying on their deathbed and thinking how they only dated people from their hometown?

Bonus fun fact: In Europe, some people actually have sex without getting all hung up about what their pastor or their diabetic aunt would think. As one European told Marge Simpson: “First we make love, and then we decide if it was a good idea or not.” 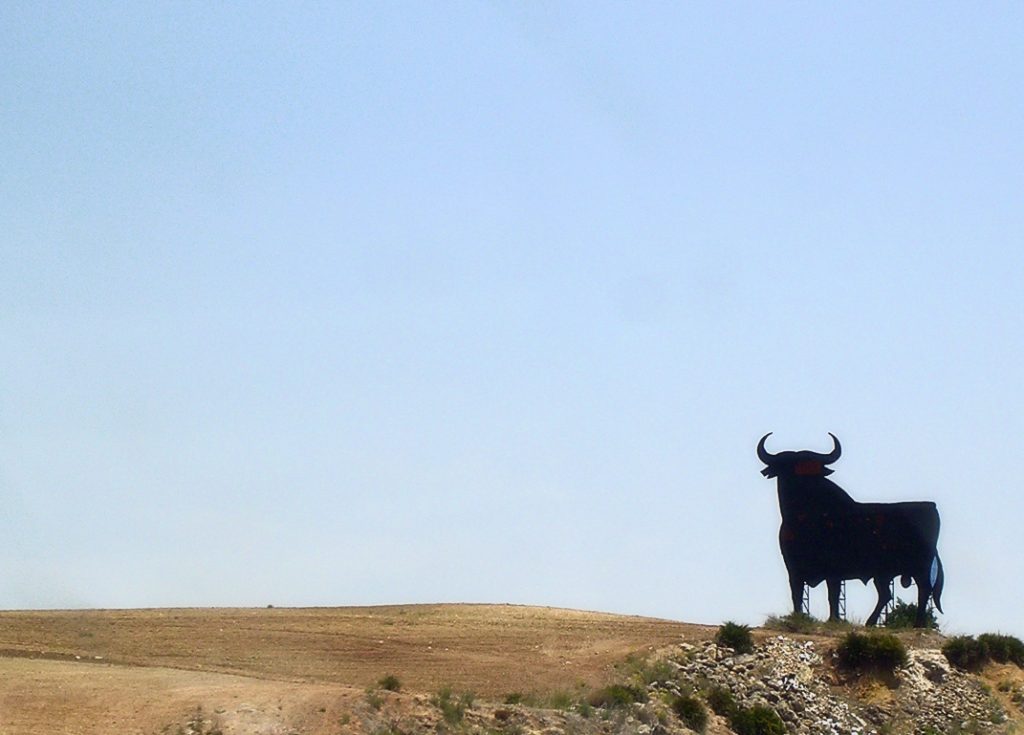 3. We can take weekend jaunts to Paris or Rome

Back in the day, when everybody in the US thought they were rich, I read an article in the New York Times (fuck ’em) that suggested that many middle-class Americans were doing things like taking a romantic weekend jaunt to Paris every spring.

And maybe they were, if they lived on the East coast and had a lot more money than most people I knew.

Out in Arizona, where I was earning just above minimum wage and driving a 15-year-old pickup, the idea of a weekend in Paris seemed abso-fucking-lutely insane.

My idea of vacation, as a kid, was driving extremely long distances in order to be bored somewhere else, with different weather.

However, being in Europe makes it so much easier and cheaper to go to all sorts of awesome places. Anywhere you are in Europe, you’re only a couple hours away from London, Rome, Paris, Amsterdam, Berlin, Lisbon and other great cities.

Back home, you might be an eight-hour drive from Albuquerque, New Mexico.

Have fun with that.

4. We drink better wine out here in Europe

Yep. The wine. It’s better in Europe. And cheaper.

The simple fact is that while I’m Facebook stalking my former high-school classmates in their massive American kitchens, I’m tipsy on wine they probably couldn’t afford. Mortgage payments are expensive. And cars need gas.

And Spanish wine is amazing. For about six euros you can get something that’ll blow your mind.

And Spanish food is pretty good too.

5. Walking out the door and being somewhere

Bill Bryson describes why he moved to England perfectly, and I’m going to adopt his turn of phrase as my own.

Describing his childhood fantasies while growing up in Iowa, he says “I wanted to walk out the door and be somewhere“.

But most Americans can be guaranteed to spend much of their time in the car, on the highway, in a parking lot, in a strip mall or in a cubicle.

And most of America is built in this sort of bland cut-and-paste architecture. None of it has any history or any personality of its own.

Personally, I grew up looking out the windows on grey rocks, sagebrush and cacti. We were 8 miles from the nearest strip mall. Nowhere, in other words.

Here in Europe, on the other hand, you’re almost always right around the corner from some sort of history or culture. You’ve got real architecture, you live in a real neighborhood, and you’re surrounded by real people with personalities.

Try getting that in your suburb back home.

Anyway, that’s the glamorous side of living in Europe. The less glamorous side, well, I’ve probably talked about it somewhere else.

P.S. I hope you’ve enjoyed this article on expat life in Spain. Agree with me? Disagree with me? Either way, hit me up in the comments. And keep it real out there kids. You only live once. ¡Salud!

P.P.S. There’s another part of the downside to living in Spain… the salaries. They’re not quite up to London’s level – and I’ve got a couple of articles about that, too. Check out cost of living and also English teacher salaries for more about that. Still, I love it here.