Is meat killing you and those you love?

Is meat killing you?

As a long-time fan of the paleo diet, I seriously doubt it.

Recently a gentleman at work has been having some heart problems. Last week he was in hospital and the rest of us teachers were sitting around contemplating the gravity of the situation, as well as our own mortality.

Here’s how the conversation went down…

Teacher 1: He must eat way too much red meat and cholesterol. There’s no other explanation for him having those sorts of problems at his age.

Teacher 2: Yeah, but I had this uncle who was a doctor. He ate healthy food, went jogging a couple of miles every morning, and keeled over from a heart attack at age 48.

Teacher 1: But the Atkins guy died of heart problems, and look at how much meat he ate.

Me: My grandfather eats nothing but frozen burritos and ice cream, and he drinks gin and tonics every night. And he’s 92! Mua ha ha ha ha!!! 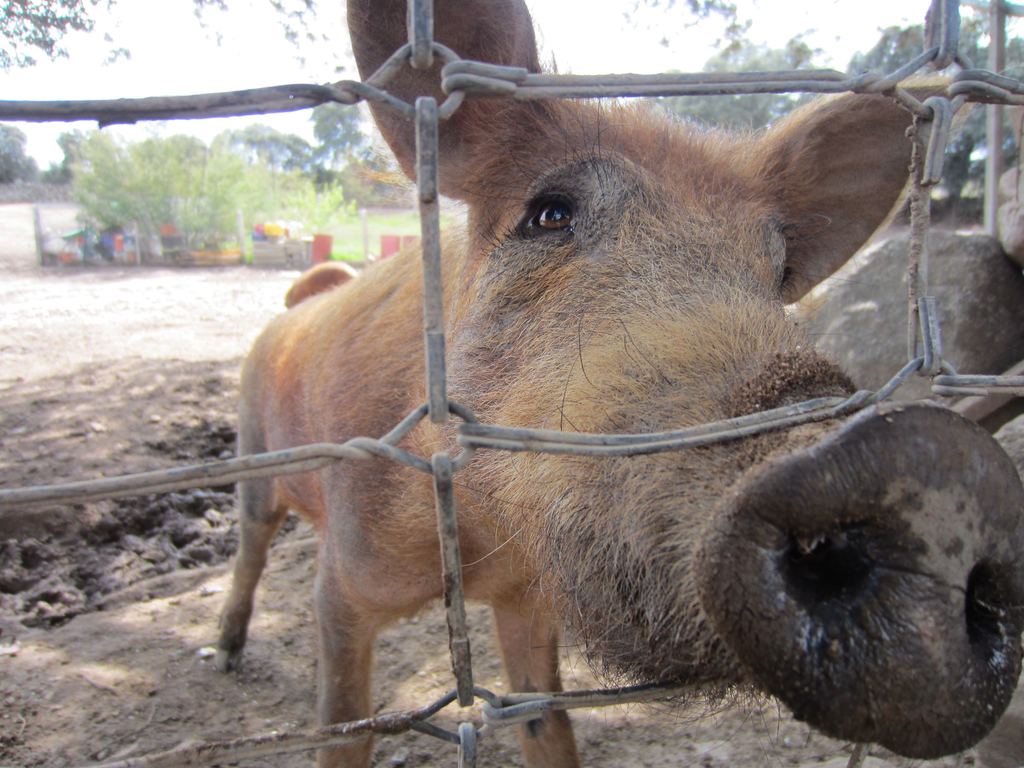 Warning: this pig might be trying to kill you. Colmenarejo, Madrid, Spain.

What can I say, kids?

You know you’re going to get into some inane discussion about red meat, fat and cholesterol at least twice a week until either you or the other guy die.

I’ve started promising people I’ll pay for an open bar at my funeral if they’ll just shut up.

Is meat killing you? A little bit of actual science…

If you’re interested in a breakdown of the evidence, here’s a post from Mark’s Daily Apple about whether or not red meat will kill you.

Mark and his team are great at debunking the pseudo-science that’s behind the “conventional wisdom” regarding diet and exercise. I’m following a kind of “lazy paleo” myself and feel good about it.

Now that that’s over with…

Anybody want to come over for one of my famous breakfast steaks?

Also, check out my article about the paleo diet on Esquire: Eat Bacon like a Modern Caveman.

P.S. Just shut up and have some horse meat. Or check out some of my favorite Spanish foods.