Spanish people use a lot of false anglicisms.

The other day I wrote an article that I feel is destined for fame in the Spanish-speaking world. It’s about the word friki, which Spanish people use to describe some kind of Star Wars geek, computer nerd, or Twilight fangirl.

It was pretty tough to write, actually, because I’m always having to resist the urge to be graphic and explicit in the details. I didn’t want to have my serious educational website banned in schools around the world, so I held back, and limited myself to mentioning Fifty Shades of Grey just once.

I also didn’t put any sort of side by side comparison between English and Spanish. I just mentioned that sometimes anglicisms are not used very precisely by Spanish people.

Anyway. In case you were wondering: yes, the Spanish use a lot of pseudo-anglicisms – many of their anglicisms aren’t terribly accurate.

Don’t be offended if somebody calls you friki.

Unless you’ve got better things to do than watch sci-fi all day. In that case, be very offended.

Scroll down for more… 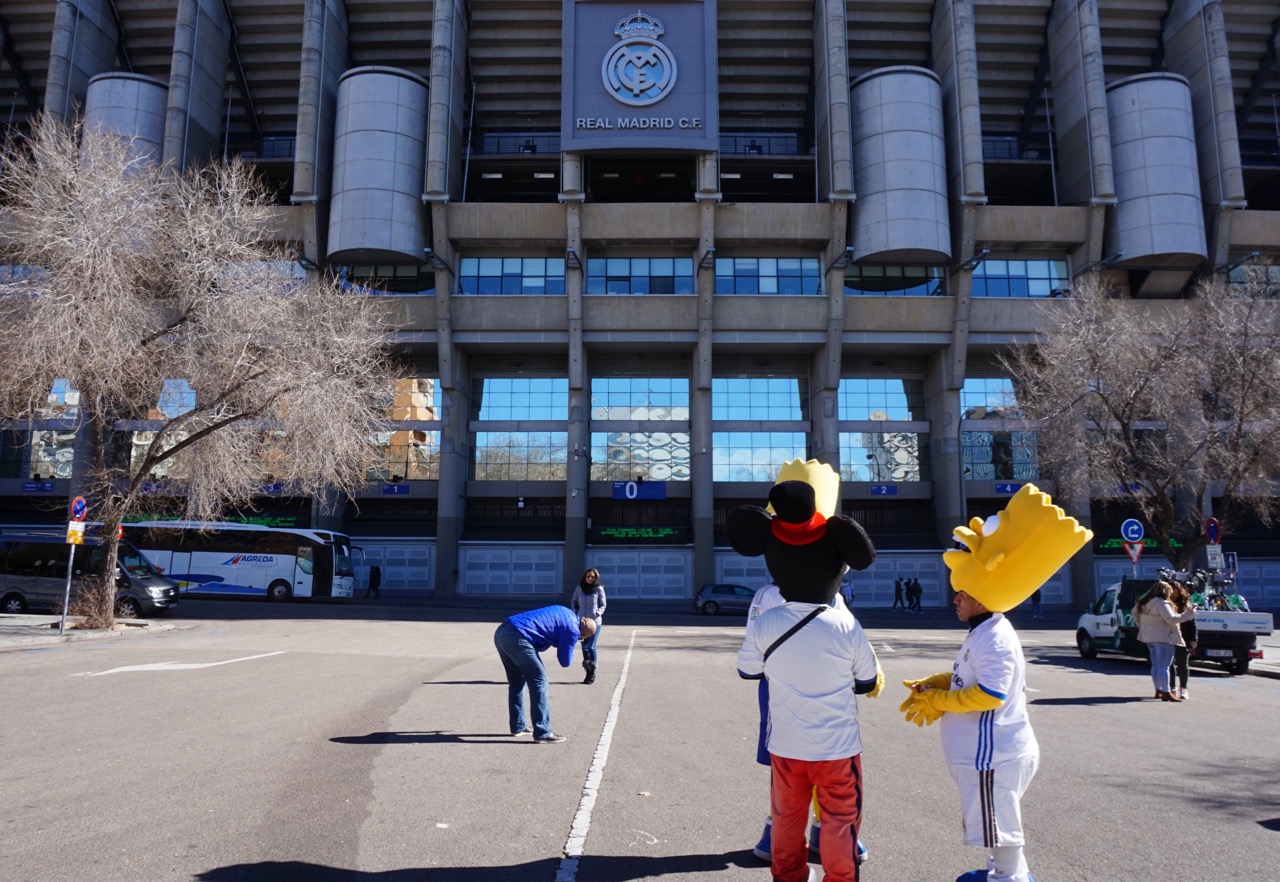 The everyday struggle of guys dressed as cartoon characters outside Santiago Bernabéu, Madrid.

Ok, I just googled it. Apparently the official word is pseudo-anglicisms.

Anyway, want more? I got more…

Other false anglicisms (or pseudo-anglicisms) in Spanish

Here are some more examples of pseudo-anglicisms for your reading pleasure.

footing = Jogging. However, recently Nike has convinced them all that “running” is much cooler than footing.

puenting = bungee jumping. Here they tend to do it off bridges. Therefore, puente + ing = puenting.

making off = I wasn’t sure whether to include this one, but even some otherwise intelligent people insist on calling it a making off. It’s a behind-the-scenes documentary, obviously. And people really need to watch my video about how of and off are completely different.

fashion = a legit English word that they use as an adjective. I guess you could say something along the lines of “estás muy fashion hoy” meaning that you look very fashionable.

feeling = I guess they could use this to mean good vibes generally, but I’ve heard it used as romantic emotion. Like you’ve been sleeping with one of the locals for a while and somebody asks you “Pero Daniel, ¿qué pasa con Pepita? ¿Hay feeling o no hay feeling?” The question is whether or not it’s a real sentimental relationship or if you’re just having some fun.

And with that, let me get back to a much more serious aspect of my job: explaining the difference between the pronunciation of beach and bitch.

P.S. For more teaching fun, check out obscene conversations with English students. You won’t regret it. (That’s not a promise.) Or you could see “obscene” Spanish expressions.