5 Reasons Why Living in Madrid is Awesome

Life has been pretty difficult here in Spain for the last few years.

Our 25% unemployment rate is not making many people optimistic about the future, and the government’s austerity plan (official subtitle: “We’re not happy ’till you’re unhappy”) is making everything more expensive while at the same time cutting salaries.

Austerity, as I’ve explained elsewhere, is no fun.

Bosses can’t (or won’t) pay their employees, local housewives are turning to prostitution in order to pay the mortgage, and the government and monarchy are mostly just busy trying to cover up their massive embezzlement of funds.

Still, I’m convinced that Spain is a great place to live (if you have a job) and Madrid, as capital is about as awesome as Spain gets.

I still don’t understand why. But that’s a matter for another day… 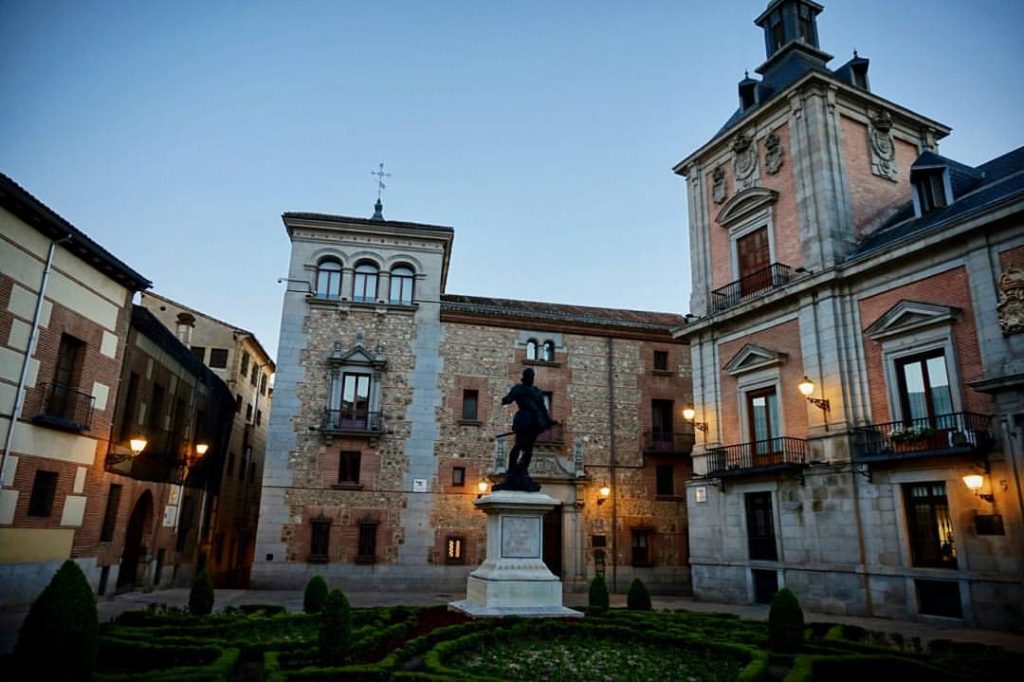 Plaza de la Villa, one of the oldest parts of Madrid. This is just off Calle Mayor. Photo by the author.

Today we have 5 Reasons Why Living in Madrid is Awesome, despite the crisis and despite austerity.

A lot of these could apply to other places in Spain or in Europe, but I can’t say much about other places. I’ve only lived in Madrid. Enjoy!

Madrid has one of the best public transport systems in the world, which means car ownership is wholly optional.

Where I’m from in the States, I would’ve had to ride my bike 12 miles down the road to the nearest bus stop, then waited for the once-an-hour service to take me to some strip-mall 22 miles further down the road.

It probably would have been 100 degrees or more the whole time also.

Here you usually wait 5 minutes or less for the Metro, and 6 or 7 minutes for the bus, and then it actually takes you to places worth being.

Because (get this) European capitals are just full of places worth being!

Public healthcare doesn’t mean free healthcare, because you pay taxes for it, which come out of your paycheck.

However, if you pay taxes, you have access to the whole public health system.

That means you don’t have to sell your house to support your kid’s leukemia, or pay $25,000 for somebody to treat your pregnancy like some horrifying contagious disease.

Also, nobody is going to call you a Nazi-sympathising fasicst communist anarchist atheist satan-worshipper for supporting people’s right to medical care.

It’s just generally understood to be good for society as a whole… Imagine!

3. Puritan Whiners are in a minority

You probably don’t even realize how annoying puritan culture is until you spend some time outside it.

Most Americans are secretly puritans, although almost nobody would identify themselves as such.

The main traits of the puritan ideology are that human nature is inherently “evil,” and that suffering and being miserable are necessary if you want to be a “good person.”

But these puritans will try their hardest to make everybody feel guilty about anything they can. This manifests itself across the ideological spectrum as a lot of meaningless criticism of things that could just as well be left alone, and it is just generally not very good for human happiness.

For more about puritanism, see my (now) classic article about American culture vs Spanish culture.

A lot of Americans probably don’t even know the difference, so as a public service let me clarify…

Is it a plant or animal?

If so, it’s probably a real food.

Is it something with 35 ingredients, most of which have long unpronounceable chemical names?

If so, it’s probably a bullshit pseudo-food.

High fructose anything? Partially hydrogenated whatever?

I guess the new generations are probably starting to eat manufactured food products instead of real food, but they’re still in a minority. A side effect of a real-food diet is that obesity is a lot lower, and people are much sexier.

Also, it tastes better… Monsanto loses, but you win!

For more about that, check out my article on Esquire: Eat Bacon like a Modern Caveman.

I suppose this ties in with Puritanism in some way…

I have a feeling that in the US if you try to have a glass of wine with lunch some puritan will jump up your ass and say:

“OMG! If you drink that wine you’ll spend the next hour being 2.3% less productive which will put less money in your boss’ pocket which will eventually cause him to close up his company and move to China and the economy will collapse it will be all your fault for enjoying your life a little bit instead of working hard and suffering and struggling and eventually dying in order to make slightly more money for the company O please O please just think about the good of the company before you start enjoying your life!”

Over here, wine with lunch is a well-respected tradition. Don’t drink the whole bottle with your menu del día – but do have a couple glasses and you should be fine.

How sober do you have to be to sit in front of a computer avoiding real work anyway?

More about why living in Madrid is awesome

There are, of course, many more reasons why living in Madrid is awesome. If you’re interested in knowing about them, try: 10 Best Spanish Foods and Summer is coming! 6 things I’m excited about…

And by all means, enjoy your lives.

Life is too short to be a humorless puritan.

P.D. This article is a bit old, but still holds true. For more on why living in Madrid is awesome, check out 32 reasons why I love Spain.