The 6 sweetest words in the English teacher’s vocabulary

Today there’s a Metro strike in Madrid, and I spent nearly two hours walking to class.

I could have taken the Metro anyway, because the government mandates a minimum number of trains.

I just use strikes as an excuse to take a long walk early in the morning, something I’d never do otherwise.

The citizens of Madrid were out in massive numbers, supporting the strike by driving to work. Considering how much Spanish people complain about their salaries, they sure do seem to be able to pay $10 a gallon for gas. 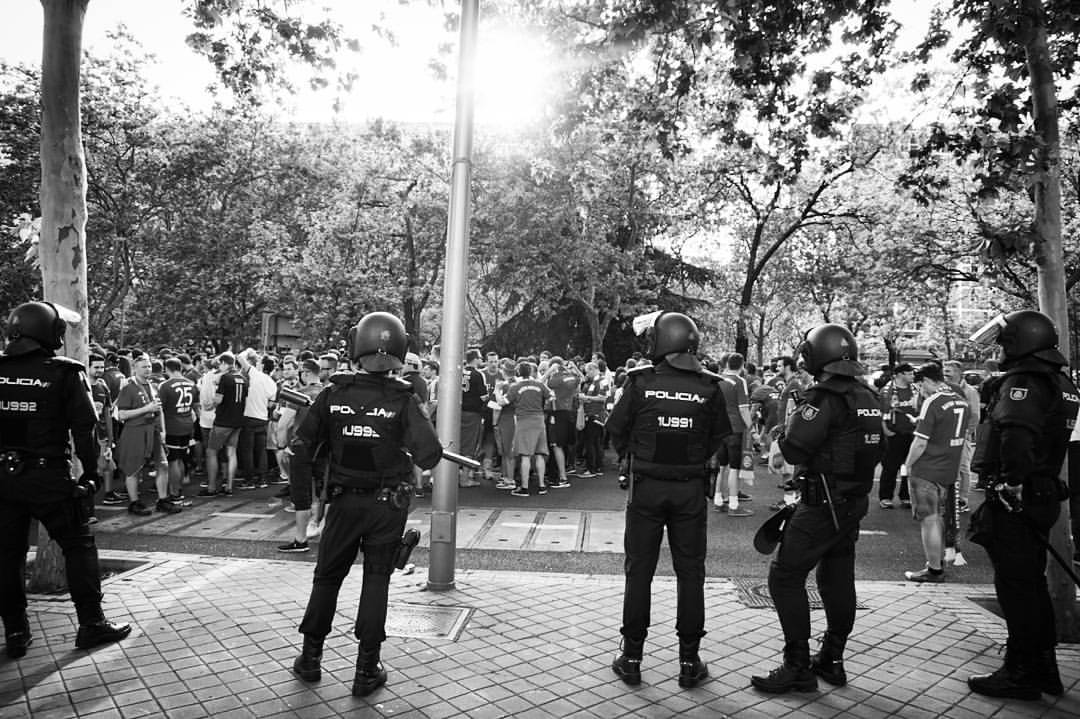 This isn’t actually a riot, it’s just the police escorting some German football fans to the stadium before a match.

The biggest disappointment: I arrived to class early and was able to stop for a coffee, but the girl at the bar explained that the coffee machine was broken. All she had was instant decaf.

Instant decaf is fine for 16-year-old virgins, I suppose, but it’s not a drink fitting for a gentleman who just finished walking all the way across Madrid. I drank it anyway, to have an excuse to sit down and rest my tired legs, and went to my class.

On the way out of my first class I had a message from my boss. My other student had cancelled.

Ending the message were the six sweetest words in any English teacher’s vocabulary, the lone spot of joy on an otherwise long, hot day 5 years into this never-ending economic crisis. Just six words:

“Bill him for the late cancellation.”

See also: The TEFL job interview and Language Pimping for Fun and Profit.