I love the expressiveness of the Spanish language. Especially Spanish proverbs.

And these are four of my favorite Spanish proverbs, not because I necessarily agree with the sentiments they contain (well, actually I do) but because they’re so different than the type of proverbs we have back in the United States.

Well, as I wrote in another article, we Americans are all secretly Puritans (whether or not we identify as such). Back in the states, your elderly grandmother probably just doesn’t use a lot of anglo-saxon monosyllables.

But Spain is different! So here we go…

Enjoy, you poor, sexually-repressed puritans! Although, if you’re offended by the colloquial words for certain body parts that basically everybody has, you should probably go somewhere else…

Ready for some awesome Spanish proverbs?

Figuratively, “don’t shit where you eat”. Literally, “Don’t stick your dick where you have the cooking-pot.”

If you want to teach your ESL students the importance of precise pronunciation, feel free to pretend to be confused as to the difference between “comer pollo” y “comer polla.”

Or just read my article about How to Teach Beach and Bitch. It’s a lot of fun (and the Mr Chorizo biopic starring Ryan Gosling should come out any day now…) 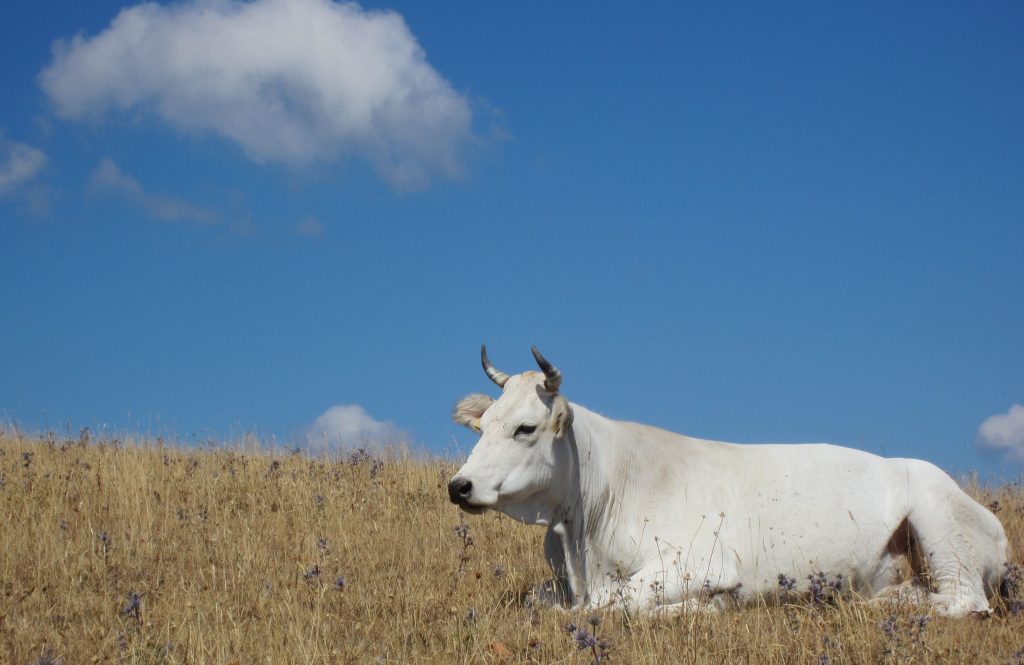 This cow is technically Italian, but I assume it isn’t nearly as puritanical as the cows back on the ranch in Arizona.

Figuratively used more or less like “adding insult to injury.”

Literally, “Apart from being a whore, I have to provide the bed.”

They also have a couple of other versions, which (at least in my mind) mean more or less the same thing: meter el dedo en la llaga, or echar sal a la herida.

Which brings us to another fun Spanish proverb about prostitutes.

This one has a nice rhyme to it, and is more pertinent than ever in the midst of our economic crisis. Figuratively, don’t work for free. Literally, “It’s better to be an honest woman than a whore who works for free.”

For more about the economic crisis and it’s impact on a family near you, see Spanish wives turned prostitutes.

And in other news, if you’d like to do an unpaid internship for me, get in touch. Only 60 hours a week of thankless, back-breaking blogging and social media strategy.

It’ll look great on your CV some day!

Figuratively, it means that men will go to great lengths in order to satisfy or seduce women.  Literally, “One pussy hair pulls more weight than an oxcart,” or “Two tits pull more weight than two carriages.” Sort of a Helen of Troy face-that-launched-a-thousand-ships thing.

Well, I hope you enjoyed that.

Want some more? Over here, I have 4 more fun proverbs. And don’t forget about my compendium of 10 obscene Spanish expressions.

P.S. Do you have a favorite Spanish proverb? Let me know in the comments!