The Spanish Coup Attempt, 1981 – a little bit of Spanish history

On this day in 1981, agents of the Guardia Civil broke into the Spanish Parliament with pistols drawn, and declared that Spain’s newly-declared democracy was over.

Dictator Francisco Franco had died in 1974, and the constitution had been signed a few years after. Spanish democracy was less than a decade old. The nation was stuck in an economic crisis and in the middle of a rash of political violence carried out by ultraconservative elements and Basque nationalists.

Antonio Tejero, a Lieutenant Colonel from the Guardia Civil, had recently finished a prison term for an attempted coup d’etat in 1978. In February of 1981, after just 7 months in jail, he was in Madrid again, conspiring.

The morning of February 23, he was in the offices of the Guardia Civil’s traffic control division. Apparently he found support there, and left with 200 troops under his command. He led them to the Parliament building, between the Prado Museum and Puerta del Sol in the center of Madrid, and held them hostage all night. 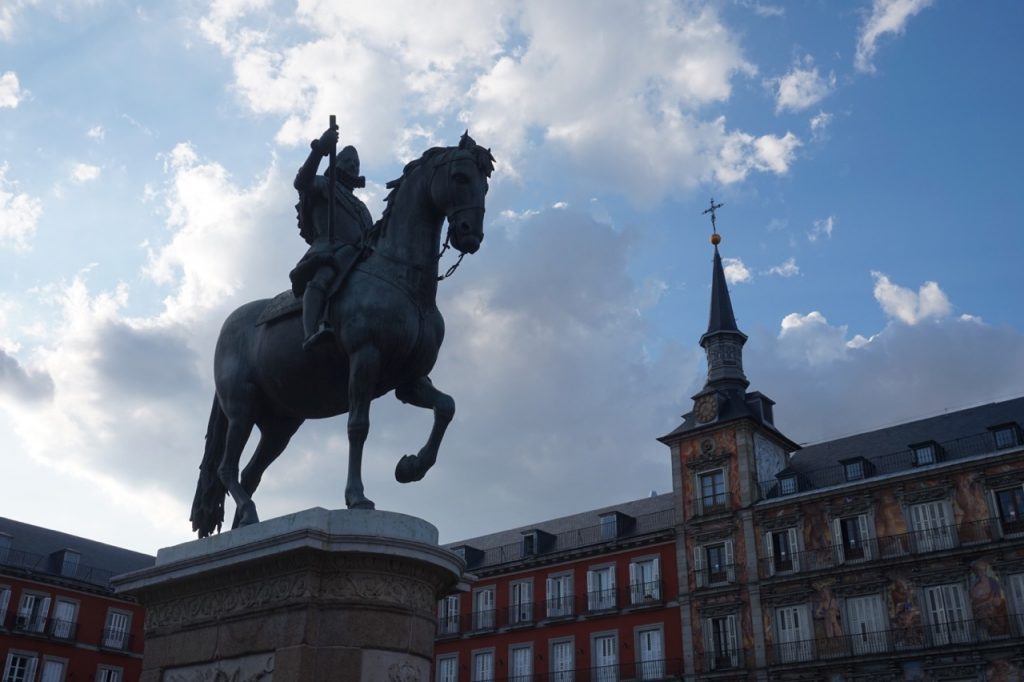 Spanish friends who are old enough to remember those days have told me it was a long, long night. Many assumed that a new fascist government would be established, and spent the evening burning any documents that might incriminate them later. Soldiers in Valencia followed Tejero’s lead and took tanks into the streets. Horrified Spaniards sat glued to television to see what would happen.

What happened on the highest levels of Spain’s government and military that night is still a mystery. The official story is that the King, Juan Carlos I, spent several hours on the telephone with various generals, assuring himself of their support and commitment to the fledgling democracy.

In the early morning of the 24th, the King came on TV in uniform, ordering the soldiers to disperse. Some generals (whose identities are still unknown) attempted to keep the coup alive, proposing a transitional government which was not accepted. Around 10 o’clock in the morning, the soldiers occupying the Parliament began to disperse, escaping out the windows.

Antonio Tejero spent 15 years in prison. He was released in 1996 and lives in Madrid, dedicating his time to painting.

And life in Spain went on, apparently, as if nothing had happened.

More information here, and for those who can read Spanish, here in El Pais.

P.S. Update, many years later… Really? Was I trying to do history on this? What was I thinking? Pfff… anyway, here’s a list post of my favorite Spanish foods. And here’s something about the holidays. And here’s the decline of typical Spanish bars. And a bit about working in Spain. No more history around here. Unless I someday feel like writing more.