The Spanish Dream falls to pieces

The Spanish dream is fading fast..

Spanish people, bless their hearts, have a surprising tendency to adopt all of the worst ideas that come out of the United States.

Reality television and the obesity epidemic spring to mind as two examples of Bad Fucking Ideas We Got from the Yankees which have been enthusiastically adopted by Spaniards in the past decade.

The third is real estate speculation, and it’s destroying the Spanish Dream of yesteryear.

What is the Spanish dream?

For those uninitiated in the labyrinthine workings of Spanish psychology, the Spanish dream is basically:

1. Get a steady job with a steady (not necessarily good) salary which allows you to do as little as possible until retirement without being fired.

2. Own an 1100 square foot apartment on the 5th floor of a red brick building somewhere near a park.

For many years, Spain’s social system was set up to make these dreams achievable for the majority of Spaniards. Companies gave permanent contracts to their employees, effectively guaranteeing their jobs until retirement. 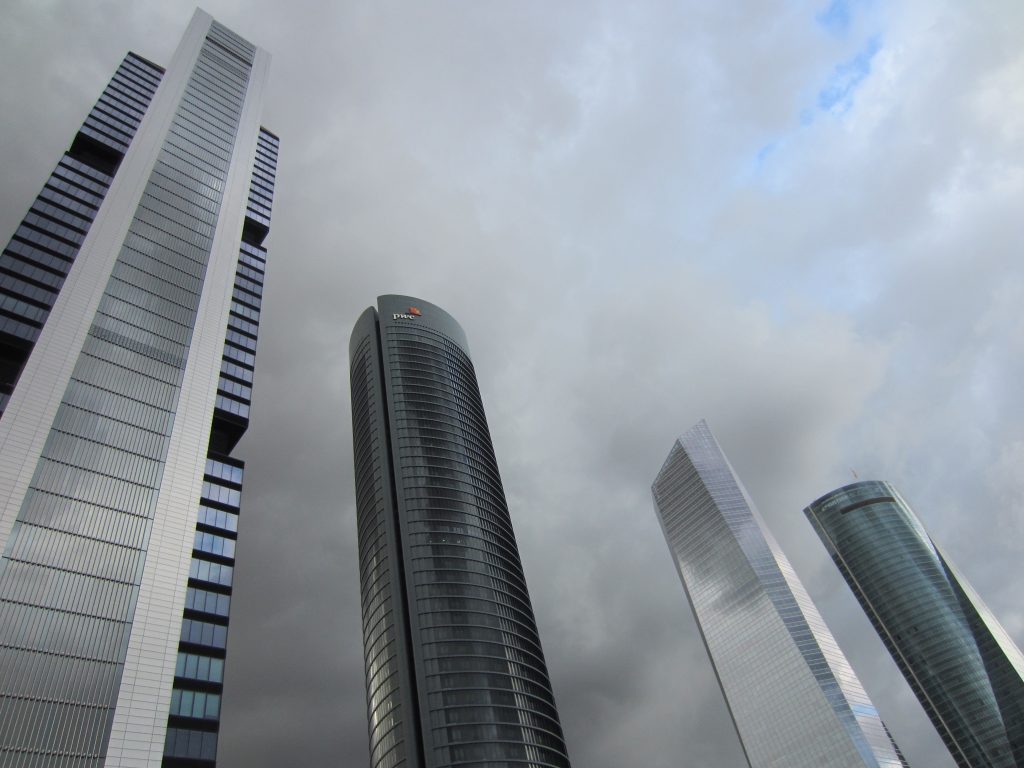 Cuatro Torres, a few blocks up the street.

Those who wanted even greater security became government employees, studying for years to take tests which, if passed, guaranteed a job and a paycheck for life.

Spaniards spent the best years of their lives hunched over desks in tiny dark rooms in their parents’ houses, studying obscure subjects in hopes of someday getting that cushy job as bus driver, mailman, or oboist for the local symphony orchestra.

And flats were available at prices which were conveniently accessible to mailmen, bus drivers and oboists, with mortgages no longer than 10 or 15 years.

Around the year 2000, however, when the euro was adopted as the common currency, a lot of things changed. House prices started rising much faster than salaries, and mortgages went from 10 years to 30 years to 40 years in a short time.

Until 2008, when the financial bubble burst and many people were stuck in what was now the Spanish nightmare: a 500,000€ mortgage to pay off, with a 900€ a month salary that isn’t going to get any higher EVER.

Now, with the global financial crisis in full force, companies are firing long-time workers, hiring temps and outsourcing new employees in their place, and the future looks grim even for government workers, as cutbacks are made to local and national budgets. Say goodbye to your job security, folks.

All this makes an American expat feel at home, sure. But isn’t feeling at home one of the things people move abroad to avoid?

It’s just another illustration, on the national level this time, of the old saying: If the USA jumps off a bridge, does that mean it’s a good idea for you to do the same?

P.S. See also: Scenes from Spanish Austerity and the Brain Drain in Spain.