February 15 is Saint Faustino, patron of cuckolds and singles around the world. For those of you who don’t enjoy Saint Valentine’s, I hope the story of Saint Faustino brings some joy into your otherwise dim, gray lives. 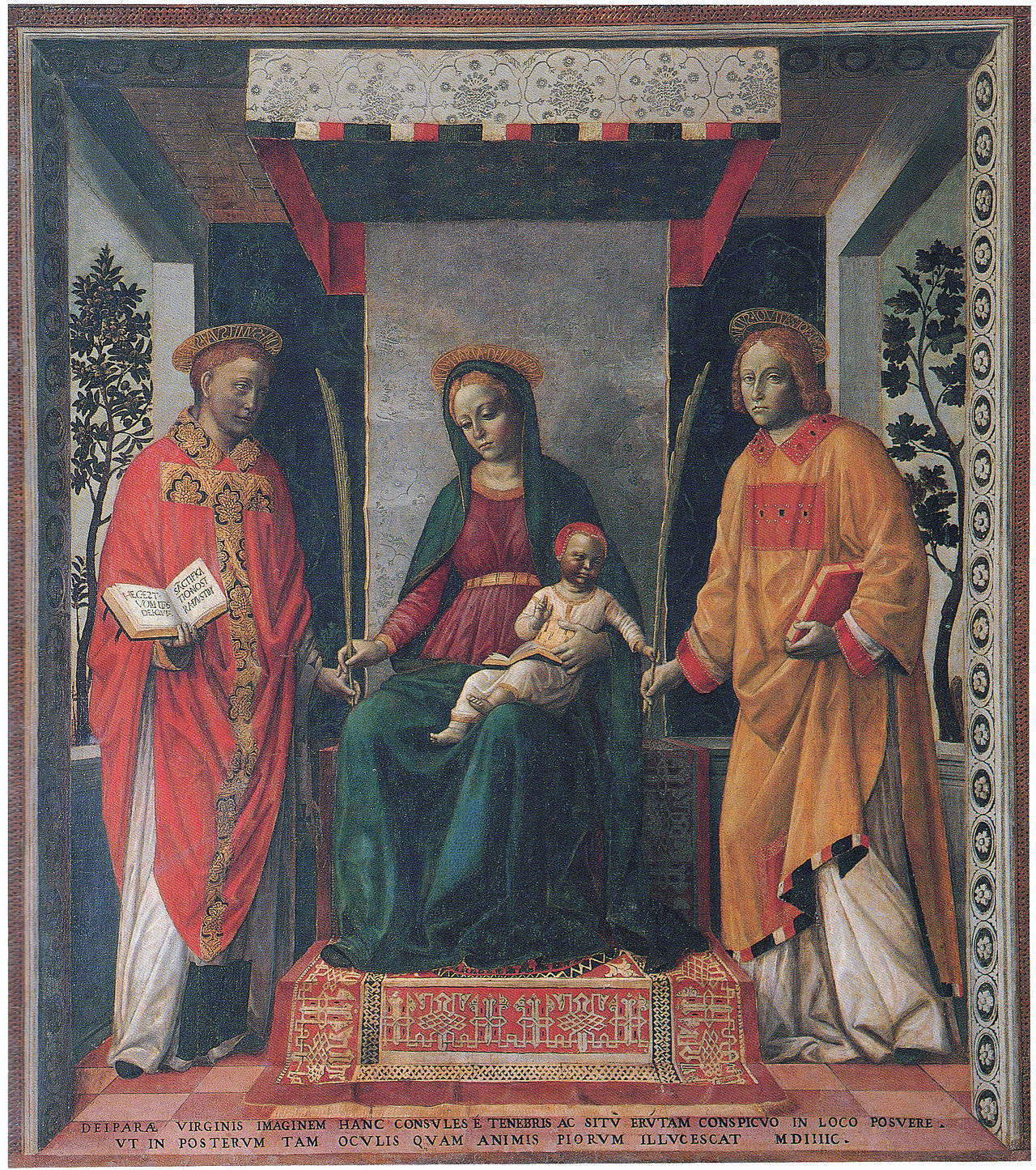 I guess the guy on the left is Faustino. The one on the right is Jovita, his brother.

After a long courtship in which the future Saint struggled to convince Francesca’s parents that he was a suitable husband—he was employed as a manure-carrier, one of the lowliest professions in feudal Italy—he was finally engaged to be married.

But marital bliss was not to be had for poor Faustino, for soon after the engagement he found his lovely bride-to-be fellating the village bad boy, Giuseppino, who was in possession of a really fucking awesome souped up donkey and a pair of leather breeches, bad boy symbols of the era.

After his death it is reported that many people who made the pilgrimage to Poggebonsi (where his tunic and a small shrivelled piece of ancient flesh rumored to be his penis are kept as relics) have been rewarded by the falling-off or putrefaction of the genitalia of unfaithful partners, and that singles who pray before the tunic and penis find a sense of peace which those in relationships can rarely aspire to…

(Okay, so I didn’t feel like reading online hagiographies in Italian, and invented my own. Happy Saint Faustino, everybody.)